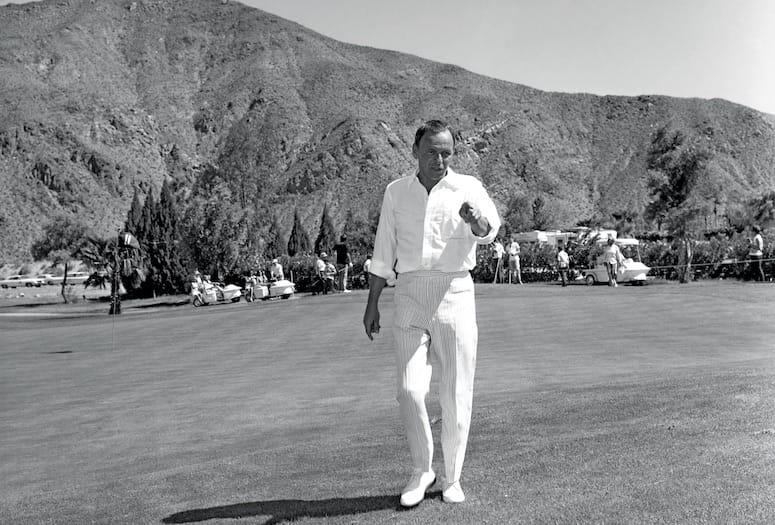 First as the Canyons Club Golf Course and now known as Indian Cayons Golf Resort, Hollywood stars like Frank Sinatra could be found on the course.

When the Canyons Club golf course opened on Dec. 31, 1961, the city of Palm Springs finally had an often sought-after 18-hole course. The O’Donnell course in the heart of the city, built 30 years earlier, was just nine holes. The area also had Thunderbird and Eldorado, each of which played host to a Ryder Cup in the 1950s, and there were several more courses down valley. The Canyon Club later became the Indian Canyons Golf Resort North Course. It has always been known as a perfect spot to golf, both in location (usually protected from the desert’s swirling winds), and in course quality. It was especially perfect for the influx of Hollywood stars and celebrities who gravitated to the desert in those days.

That’s what John “Murph” Murphy did in 1984. He was neither Hollywood star nor celebrity, but he was pulled, at age 22, away from the farm life and cold winters of the northwest Wisconsin city of Hudson to the warmth and allure of the desert. Now, going into his 36th year of working at the Indian Canyons Golf Resort, he is its unofficial historian.

“I started as a bell hop at the old Canyon Inn Hotel (opened in 1965 and closed in ’88),” Murphy says. “One day, I was unloading a bunch of heavy stuff and Frank Beard, a golf pro there at the time, was eating lunch and watching me out a window. He came outside, said he liked how hard I worked, how strong I was and that he wanted me to come and work for him on the golf course. I’m still here.”

The course went through several ownerships and, during one 10-year period when it was the property of a Boston Bank, Murphy managed the operation. Now, he is the manager of outside services for the North Course.

Little did he know that his visit from Frank Beard would bring a lifetime of memories.

“Bob Hope used to drive up in his ’85 Chrysler LeBaron, the one with the silly cartoon of him on the side,” Murphy says. “You’d think a guy like that would have a fancier car, but that was what he drove. And when he got a lot older, he had a driver, but the guy still drove him to the course in the same old Chrysler.

“He’d get here, get in a cart and drive right down to the first tee on the South Course and tee off. Didn’t matter that he didn’t have a tee time, or that there were people there, ready to hit. It was Bob Hope. He smiled, they smiled, he hit and off he went.”

Murphy says he got to know Chuck Connors, the multi-sport pro athlete, who became television’s “Rifleman.”

“He was a big man, probably 6-foot-7,” Murphy says. “He lived on No. 15 and played the North Course just about every day for years. He’d go out with a cart full of beer, play 18 and when he was done, you could look in his cart and see 24 beer cans, squished down like little disks.”

"Bob Hope used to drive up in his ’85 Chrysler LeBaron, the one with the silly cartoon of him on the side. You’d think a guy like that would have a fancier car,  but that was  what he drove." 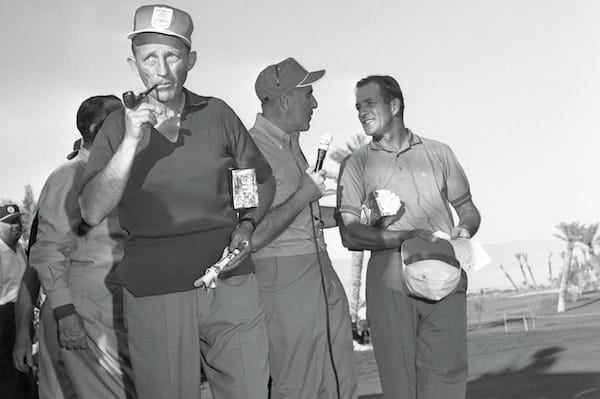 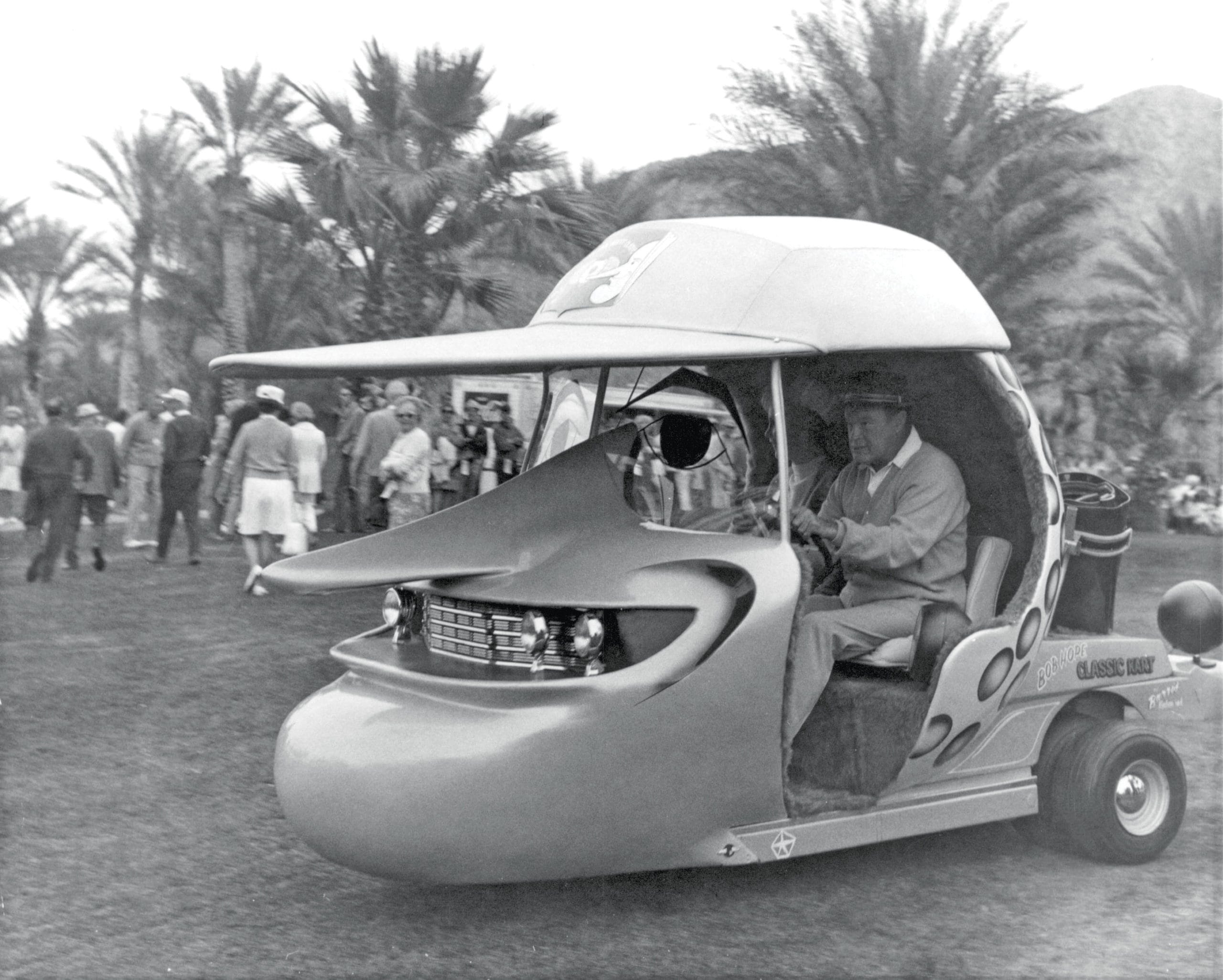 The late Jack Koennecker lived off the 13th fairway. He was the director of golf and later had emeritus status for 43 years, ending in 2011, when Todd Connelly came from Riviera Country Club to take over. The way Koennecker got his job was similar to how Murphy got his.

He was a pro in Colorado, playing a round in the late 1950s at Bermuda Dunes Country Club. On a par five with a big bend, he cut the dogleg and landed his shot on the green. When he got to the green to apologize to the players standing on it, he was confronted by Clark Gable, who asked what he did for a living. Koennecker said he was a club pro in Colorado. Gable said, “not anymore.” 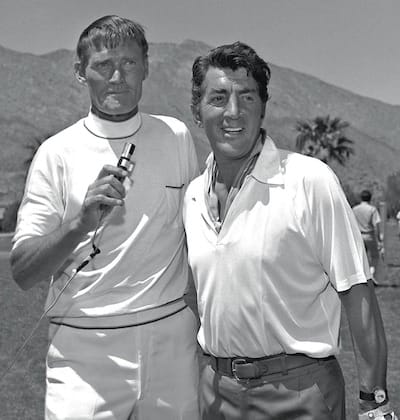 He told Koennecker that anybody who could hit a golf shot like that should be the club pro at the planned new jewel of the desert, Canyons Country Club. Gable made the recommendation and Koennecker never left. Gable died a year or so later of a heart attack in 1960, before the North Course’s official opening.

Koennecker was revered, befriended many members, flew the likes of Jack Benny and Frank Sinatra back and forth to their shows in Las Vegas in his own plane and took off and landed at a makeshift airstrip where the current South Course is now.

Connelly says the courses have hosted the likes of Tiger Woods and Rickie Fowler when they played in CIF high school events, and Murphy says that some of the best times were when the Angels had baseball spring training in Palm Springs and stars from other teams, such as Willie Mays and Ernie Banks, would come out and play golf.

“I have a baseball,” Murphy says, “that is signed by 20 Hall of Fame players.”

Connelly says that Indian Canyons Golf Resort, which he runs for the Agua Caliente Band of Cahuilla Indians, had its best year ever last year, sending out 43,000 rounds on the South Course, 27,000 on the North. The walls of his office are decorated with plaques that designate the “Best of the Best” area’s public golf courses. There are plaques for seven of the last eight years.

Besides world-class golf, each course offers a separate pro shop and a restaurant.

Here are some of the more notable names who’ve perfected their swings on the course over the decades. 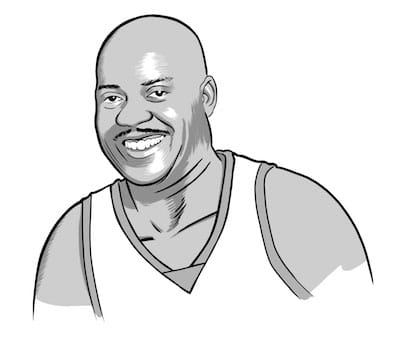 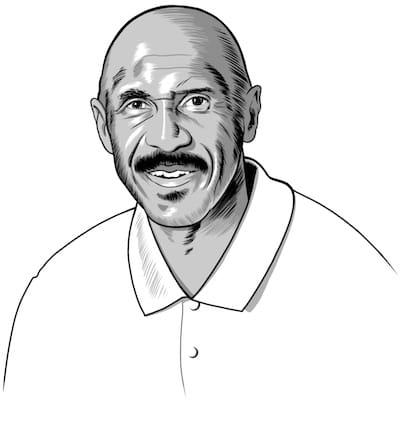 Gerald Ford
The 38th president of the United States

Lyndon B. Johnson
The 36th president of the United States

This story originally appeared in MeYah Whae, The Magazine of the Agua Caliente Band of Cahuilla Indians, Spring/Summer 2020. To read the current digital edition, click HERE.