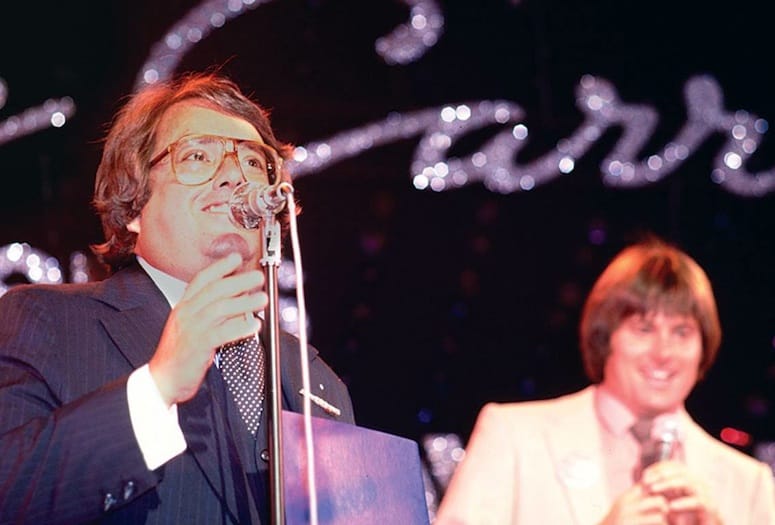 Allan Carr was the life of the party, but behind the scenes he battled demons.
PHOTOS COURTESY OF THE FABULOUS ALLAN CARR FACEBOOK PAGE

“The 24-hour job that I happen to like very much — my business life and my social life — is all mixed together. People wait so long to have ‘the moment.’ And I am having the moments right now.”

Carr, who died in 1999 and, according to the New York Times, had a home in Palm Springs, captured the attention of director-producer Jeffrey Schwarz (I Am Divine, Tab Hunter Confidential) about five years ago when he read his biography, Party Animals: A Hollywood Tale of Sex, Drugs, and Rock ‘n’ Roll Starring the Fabulous Allan Carr.

To be sure, Carr is a robust personality to explore.

He was viewed as the Hollywood director/producer whose dazzling Hollywood parties were nearly as famous as his creative offspring (Can’t Stop The Music, Grease, and Broadway’s “La Cage aux Folles”). But his production of the 1989 Academy Awards turned sour — apparently Rob Lowe plus a singing Snow White did not equal rave reviews.

Schwarz tells Palm Springs Life about the inner workings of Carr and the true impact of his creative work.

PSL: What really drew you to make the documentary?

Jeffrey Schwarz: I was 9 or 10 when Grease came out. I had the soundtrack album, the trading cards, and the photo album. As an adult, I knew the name Allan Carr and that he was somehow involved with the film — and “Can’t Stop The Music” and “La Cage aux Folles” — but I didn’t know his story. I knew he was considered a joke, in a way, but when I read his biography, it connected all the dots for me. I realized what a major contribution he made to pop culture, and what a personality he was. And also what a tragic story it was. 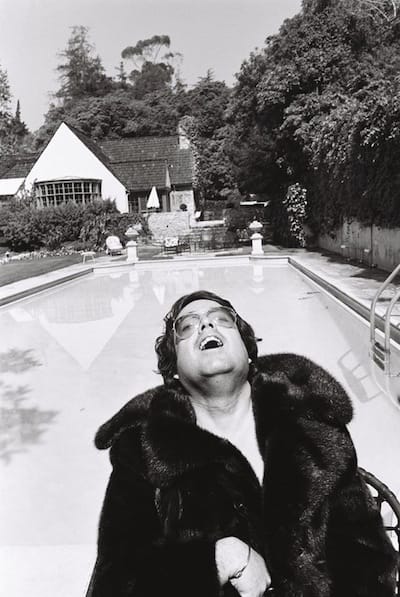 Allan Carr never talked about being gay despite his very public life.

VIDEO: Watch this trailer for The Fabulous Allan Carr.

PSL: How so? We know that Carr was well known for tossing wild parties symptomatic of the 1970s.

JS: He was the living embodiment of the time period —debauchery, excess, fun. He was a flamboyant, obviously gay figure, but it was never overtly spoken of in the press. There was nothing in his work, except for “La Cage aux Folles” much later that would suggest he was interested in gay themes. But the gay sensibility found its way into his work.

PSL: Yet he kept his homosexuality concealed in a way.

JS: He never talked about being gay in interviews. He embodied a sexual freedom and being in touch with his own sexuality after many years of being very uncomfortable with it, but I was surprised by the disconnect — that you could be gay and outrageous in private and in public you couldn’t really talk about it. Like Paul Lynde, Liberace, and Merv Griffin, it was never really discussed.

PSL: Beyond finding archival footage, what other means of research did you conduct?

Jeffrey Schwarz: We interviewed 50 to 60 people for the movie from all walks of life — people who worked with him, people who were friends with him. Fans. Reporters. Everybody brought something different to the table. A lot of people talk about how Allan was not comfortable in his own skin. He struggled with his weight. He was not at ease with himself physically. 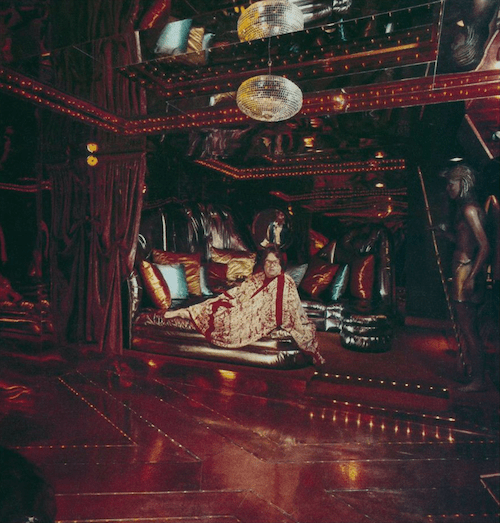 PSL: And most people are not aware of that he battled depression.

JS: Now, they may have called it bi-polar. I don’t think he was particularly introspective or that he sat down and talked about things with a shrink or anything. But his friends talked about his mood swings, his drug use, his eating, his problems in relationships. His relationships were on his own terms, and mostly with younger guys. His friends really revealed what was going on behind the scenes — when the party ended and he was all alone. It was very moving to me.

PSL: How did you map out the film?

JS: I was interested in the limitedness of visibility in the 1970s and using Allan’s story as a way to tell a gay social history from pre-Stone Wall days through the 1970s, and the moral environment and through the AIDS epidemic that ruined the party for everyone. That was sort of all reflected in Allan’s life and I felt that could be an interesting throughline.

PSL: What do you love most about filmmaking?

JS: That I can be fascinated with somebody from the past who has been marginalized or neglected in some way, or on the verge of being forgotten, but who, I think, is important, and that I can, in a sense, pull them from their graves. These are fascinating people who are important to the culture.

PSL: So what character in an Allan Carr film do you most resonate with?

JS: Never been asked that before. Let me think. Maybe Sandy from Grease, because Sandy has to empower herself. I think a lot of gay guys identify with Sandy more than Danny Zuko. Sandy has to toughen up and put on the Spandex. Not that I’ve ever done that — although metaphorically, I think I have.