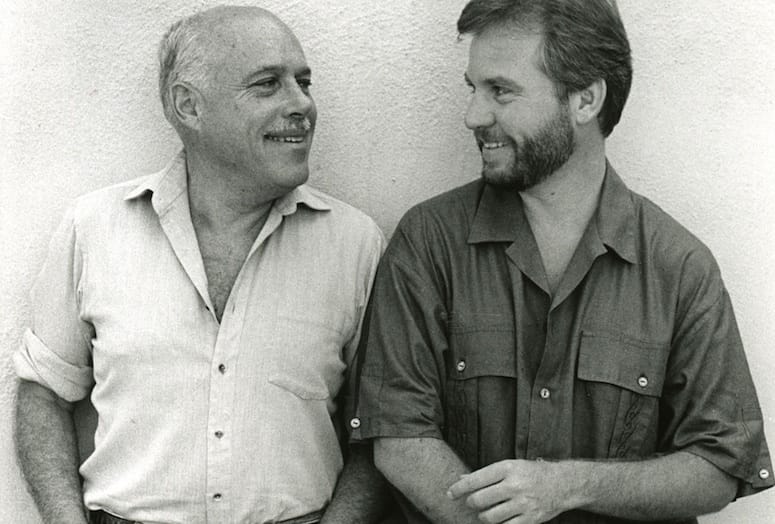 The recent event earned the couple an invitation to speak at the upcoming Cinema Diverse! Palm Springs Gay & Lesbian Film Festival, during which Thomas will show a few scenes from his documentary.

Palm Springs Life talked with the director to learn more about his work in progress.

When did you first learn about Malcolm Boyd?

“I first became aware of Rev. Malcolm Boyd in the 1960s when I read his landmark book, Are You Running With Me, Jesus?, a radical re-definition of prayer, exploring personal and cultural moral ambiguities in the midst of enormous social change, propelled by the issues of racism, war, and sexual politics. It was a best seller, and millions of readers were attracted to this "Beatnik Priest", who had participated in the Freedom Rides, anti-war demonstrations, and courageous acts of civil disobedience across America.”

What inspired you to create a documentary about his life?

“Fast-forward about four decades [after reading his book] — I was producing a film on the jazz composer Vince Guaraldi, who performed with Rev. Boyd both at the hungry I nightclub in San Francisco and at the very first "Jazz Mass" at Grace Cathedral. I invited Malcolm to be in that film, and that participation blossomed into a friendship, and led to our collaborating on a feature length documentary of his remarkable life.

“It's been an amazing journey trying to capture the essence of Malcolm and give an idea of the activism and struggle that makes his story so compelling, contemporary and inspirational. We've been fortunate to attract an eclectic array of participants, from Lily Tomlin to Tom Hayden, plus many cultural icons, theologians, and personalities whose lives were affected by Malcolm. We've also found previously lost footage and audio, using FOIA requests that will offer surprising new information on some of the more dramatic events of the last 50 years.”

Since the film is still being made, Palm Springs festival goers will be the first to see pieces of the documentary. What do you hope that they’ll take away from the experience?

“At the Cinema Diverse Festival, we'll have an opportunity to share a 'first look' at a work-in-progress, which should offer an interesting perspective on both Malcolm and the behind-the-scenes strategies required to bring a story to the screen. Compelling art is experiential, hopefully transformative, and a catalyst for internal dialog. With Malcolm, we are presenting a moral landscape — a trajectory of decisions and serendipity that was shared by millions of people who lived through the social upheavals of the 20th century. The story is designed not to teach, but to resonate and be an opportunity to reassess oneself. “