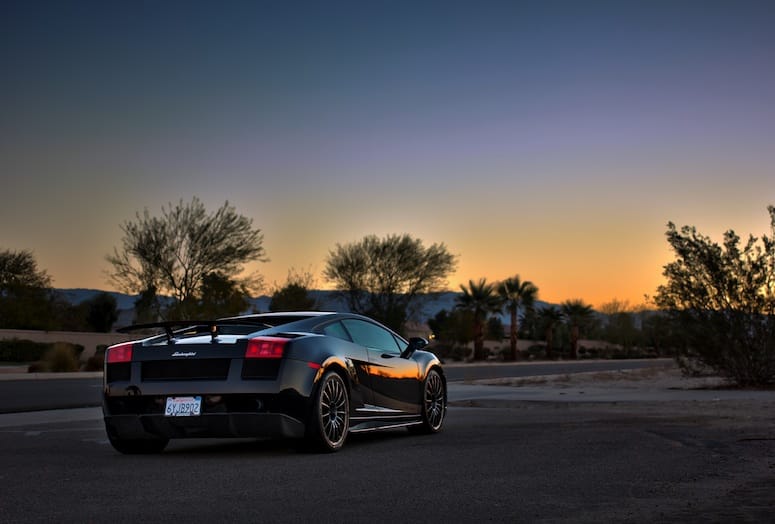 And this is not taken lightly.

These dudes love their cars, the feel of the open road in their powerful autos and the beauty that their exquisite rides embody. They share a love for the artistry, craftsmanship, and mechanics that make collector cars cool. And both men’s interest in cars was born of inspiration from their Dads.

"I grew up in Connecticut and my dad’s own interest in car maintenance and cars sparked my own interest,” Sheffler says. “We would go to junk yards for repair needs and go on rallys.”

“I grew up in Iowa, and my father was a mechanic and planted the seed for the appreciation of autos,” he says.

Serious. Car. Guys.
Both men spend much of their time in the Coachella Valley these days and have joined the exclusive world of rare car collection. The Italian Lamborghini a la Saichaie:

The Mercedes 300 SL a la Scheffler:

Desert Concorso will be a celebration of fine outdoor lifestyle and recreation and will welcome cars that are not just of Italian origin, including models from the UK and Germany.

“The 1961 Mercedes is a mechanical marvel. The first regular production auto made with fuel injection.  It’s acknowledged as one of the finest cars ever made with pure luxury, design and grace. It’s also pretty.”

And as for choosing a favorite… Scheffler just can’t do it, “That’s like trying to I.D. your favorite child.”