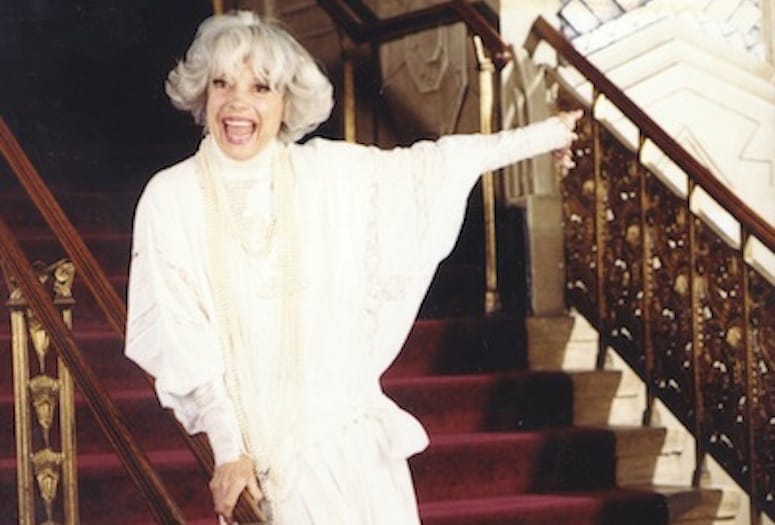 Carol Channing lived the final years of her life in the Coachella Valley, passing away in 2019 at age 97 from natural causes.
PHOTOGRAPH COURTESY PALM SPRINGS LIFE ARCHIVES

Actress Carol Channing connected with audiences for more than 70 years before her passing in 2019 at age 97, and next month’s online auction of her estate includes personal items that can now become owned by her fans.

You won’t find furnishings or furniture from Channing’s last home at Thunderbird Country Club in Rancho Mirage, or her other homes in Los Angeles, Modesto, and New York. “These are really are small items that Carol obviously did care about, because she carried them with her,” says Joe Baratta, senior vice president of business development and valuations for Los Angeles-based Abell Auction Co., which is conducting the online sale.

Instead, you can bid on some of the outfits she wore while starring 5,000+ times in the Broadway classic, Hello Dolly, or the Tony Award she won in 1964 for Best Musical Actress as Dolly Levi in the legendary classic. Overall, more than 200 items will be auctioned off on June 17 by Abell. 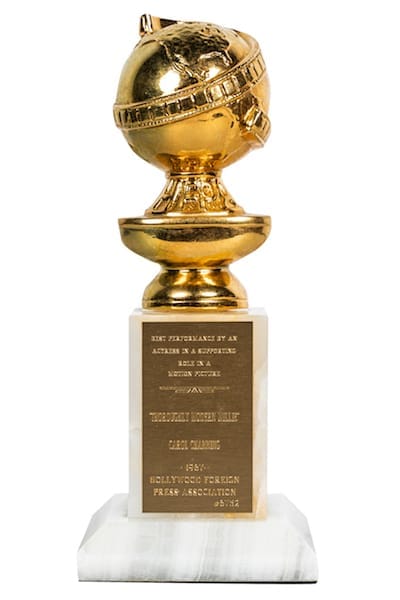 “She was obviously very important to the communities that she lived in and the community that she entertained,” Baratta says. “Carol is somebody who was loved by the community and also loved the community, based on all the awards and recognition and things that have been given to her.”

Proceeds from the sale will benefit her alma mater Bennington College in Vermont and Broadway Cares/Equity Fights AIDS.

Channing, who was born in San Francisco in 1921, lived in the Coachella Valley for the last eight years of her life after her fourth husband, Harry Kullijian, died in 2011 at age 91 while the couple were living in Modesto. Kullijian appeared in Channing’s memoir, "Just Lucky, I Guess” in 2002, as she recalled how they met in middle school in Aptos and Channing was immediately smitten.

In addition to her prolific career in the theater that began in 1949 when she was cast in the musical, Gentleman Prefer Blondes in 1949, Channing made the transition to film look easy when she won Best Supporting Actress at the 1967 Golden Globes for her role in Thoroughly Modern Millie starring Julie Andrews and Mary Tyler Moore. TV Guide gave the film three stars out of four, noting that “Channing steals scene after scene in this enjoyable feature.” The role also led to an Oscar nomination, but Channing lost out to Bonnie & Clyde’s Estelle Parsons. You can bid on the 1967 Academy Award Certificate of Nomination certificate ($600-$800).

The Golden Globe and two other Tony Awards (one in 1968 for Special Achievement and one in 1995 for the Oscar Hammerstein Award for Lifetime Achievement) are among the high-priced ticket items in the auction. The Golden Globe is priced between $8,000 to $12,000 while the two Tony awards range from $20,000 to $30,000 each. “There are only so many Tony awards that have ever been given out, so that’s obviously quite special,” Baratta says. “I would imagine there are very few original costumes or stage-worn costumes for Hello Dolly that are circulating in the market. That’s quite unique.”

One of the more famous outfits from Hello Dolly resides at the Smithsonian — a red satin, sequin-bedecked costume, designed by Freddy Wittop, was worn by Channing for the musical number built around the show’s title song. Her estate sale contains another red sequin number tagged for $1,000 to $1,500.

If those prices are still a little steep for you, there are several modestly priced items like a two-photo set featuring Channing and George Burns, and Channing and Jerry Herman, who wrote the score for Hello Dolly. There is fan art from people who wanted to show their appreciate for Channing as a person and a character on stage, Baratta notes.

“What's great about this sale,” says Baratta, “is that there are things for really every level of fan, in regard to price point. I mean, not all of us can afford a $20,000 Tony Award. So someone can get away with bidding on an item that's estimated at $50.”

Abell will conduct an auction preview by appointment only from June 7-16, while a catalog detailing every actionable item will be available May 24 at abell.com. Buyers may place absentee bids with Abell directly, bid via telephone or bid online at LiveAuctioneers.com and Invaluable.com. For more information, call 800-404-2235.

• READ NEXT: Todd Clever is Having a Ball Bouncing Around the Desert.