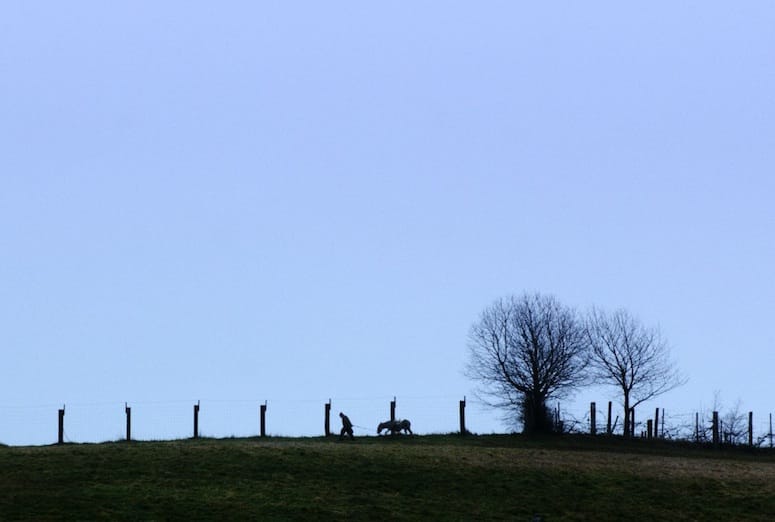 Carry On, an Austria film directed by Rafael Haider, has been selected for the Best of Festival Award at the 2015 Palm Springs International ShortFest, the largest short film festival and only short film market in North America.

The film focuses on an elderly couple who tend to what’s left of their once-thriving farm with the help of an aged donkey on its last legs. But when the time comes to face reality, can the farmer do what is called for?

Haider received $5,000 cash prize courtesy of the Greater Palm Springs Convention & Visitors Bureau, and Final Cut Pro X courtesy of Apple Computer. The winner of this award may be eligible to submit their film to the Academy of Motion Picture Arts and Sciences for Oscar consideration.

The other award winners are:

What has happened in this quiet, suburban neighborhood? Has there been a murder, a hit-and-run, an accident? The reality is both profound and deeply unexpected, and unfolds in reverse in this quiet mystery that rewards the patient viewer.

Love and loneliness waltz in this slow reveal of a man whose connection to his lover keeps him finding new ways to re-ignite his past.

In the aftermath of a tragedy, a mother is forced to deal with her own internal grief as well as the harsh realities of the world around her.

A delightful look behind the scenes at the world of dubbing American movie stars in films for the Italian market.

Set in a small town in northern France, The Way of Tea explores the meeting of Alex, a young skinhead, and Malic, an Arab shopkeeper, who meet one fateful night that tests the mettle of both men. An eloquent statement about prejudice and stereotypes.

A glimpse into the work of a group of courageous people tasked with the removal and disposal of bodies during the Ebola outbreak in Liberia. Both gut wrenching and inspiring, the film focuses on the sole woman on the team, and her perspective on the crisis in her country.

Through the magical prism of a marionette theater, a world-weary bear tells his life story.

A young man who everyone assumed was dead reappears at his parent’s house mysteriously after seven years, shortly followed by two detectives with more questions than answers.

Through the magical prism of a marionette theater, a world-weary bear tells his life story.

Sami, an Albanian immigrant to Norway, spends the day babysitting his boss’ spoiled adolescent son who teaches him a surprising lesson about the sacrifices he's made for his family back home.

A teenage boy hangs out with a pretty girl and a young boy and his dog in the fields. Over his shoulder is slung a bag with unknown contents, which will eventually prove the cost of first love.]

This remarkable documentary introduces us to Jeffrey, a young, ‘gender non-conforming’ boy being raised by his lesbian moms in conservative rural Florida who provide him with exactly the kind of support and guidance he needs to make his way in a potentially hostile world.

STUDENT CATEGORIES
All first place winners in these categories received a one-year download membership to Videoblocks, AudioBlocks or GraphicStock.

A precocious young girl makes a new friend when a tiny boy pilot drops out of the sky on a broken flying machine. Now she must race against time to return him home, before her new friend becomes stranded on Earth forever.

Bathya and Michel – both actors – have been married for 50 years, and while Michel has continued to have a successful career in a TV medical drama series, her once-thriving career has gone dormant. Then Bathya finds herself up for a potential key role in a new movie, bringing her hopes for a career revival, but on the morning of her audition, something happens that forces her to reassess her priorities in life.

In the aftermath of a tragedy, a mother is forced to deal with her own internal grief as well as the harsh realities of the world around her.

A delightful look behind the scenes at the world of dubbing American movie stars in films for the Italian market.

Alexis Award for Best Emerging Student Filmmaker – The Alexis Award is selected by the Festival’s programming team and was created in honor of Alexis Echavarria, a young filmmaker, whose talent as a budding filmmaker and gift for inspiring excellence among his fellow students were cut short suddenly in 2005 at age 16. The recipient received Final Cut Pro X courtesy of Apple Computer.

As a modern woman you have an endless to-do list. Between your family, your career, and your hobbies, you want to do it all, and do it all well. With Zelos, YOU CAN…

HP Bridging the Borders Award Presented by Cinema Without Borders – The winner received the award’s diploma and an HP ZBook Mobile Workstation with a color critical HP DreamColor display and Thunderbolt™ 2, an approximately $3000 value. The runner-up received a certificate for an upcoming Method Acting Intensive Workshop provided by The Lee Strasberg Theater and Film Institute with a value of $2000.

A Jewish family's car breaks down outside a nunnery during Shabat, inadvertently knocking off the head of the Virgin Mary. The driver’s mother and wife are eager to return home. After exhausting all options they turn to the nuns for help.