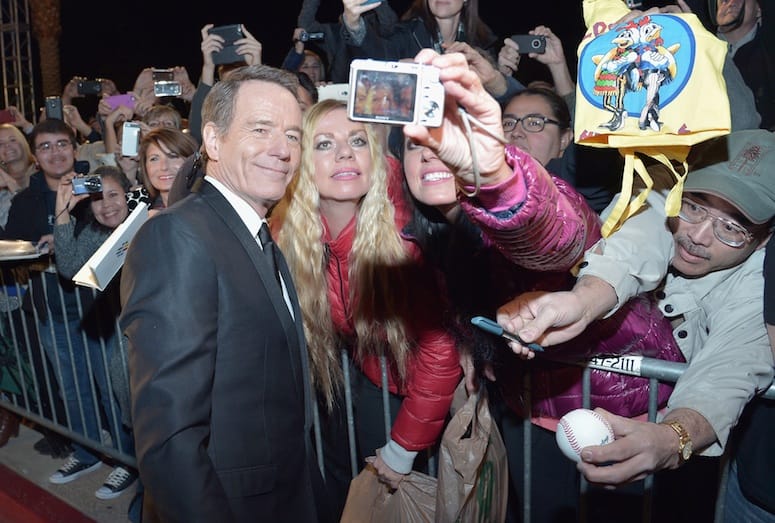 Fifteen years ago before we knew him as Walter on Breaking Bad, Bryan Cranston was a self-described, “fledging, middle-aged writer and director” of an independent film called Last Chance.

Shot on 35mm film in about two weeks as a birthday gift for his wife, Robin, Cranston found an audience to show his “passion project” thanks to the Palm Springs International Film Festival. “The film festival gave me a venue, gave me an audience to see my little movie, and I will be forever grateful to you for launching a different phase of my career,” said Cranston, who received the film festival’s Spotlight Award, Actor for his starring role in Trumbo during the 27th annual Awards Gala on Jan. 2 at the Palm Springs Convention Center.

Cranston is not the first to experience the film festival in another role only to return to be honored for his abilities in front of the cameras. Brie Larson (pictured at right), who was awarded the Breakthrough Performance Award for her role in Room, recalled a similar flashback.

“This festival always holds a very special place in my heart because you screened a short film that I wrote and directed many years before I went to any film festival for acting,” Larson said. “So thank you for that.”

Also gracing the convention center stage to receive an award were: Cate Blanchett dances onto the stage to receive her award. The Martian Director Ridley Scott hands off the award to Matt Damon.