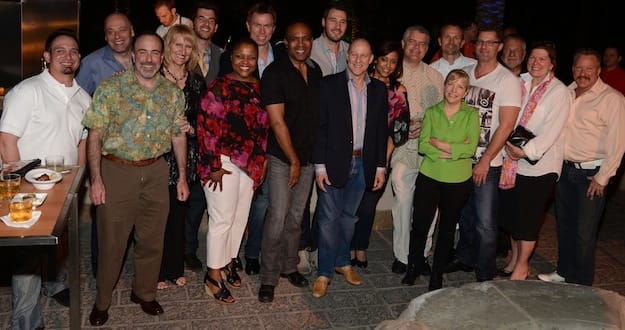 An all-star cast of celebrity chefs and wine experts exchanged war stories, a few recommendations and maybe even a recipe or two March 22 to kick off the Food & Wine Festival Palm Desert during a social gathering at the Hyatt Regency Indian Wells Resort & Spa.

"We're honored that all of you are here this weekend," Hocker said. "This is an event that has been a labor of love."