Tahj Mowry’s role on Baby Daddy has catapulted the series into one of ABC Family’s all-time best comedies. 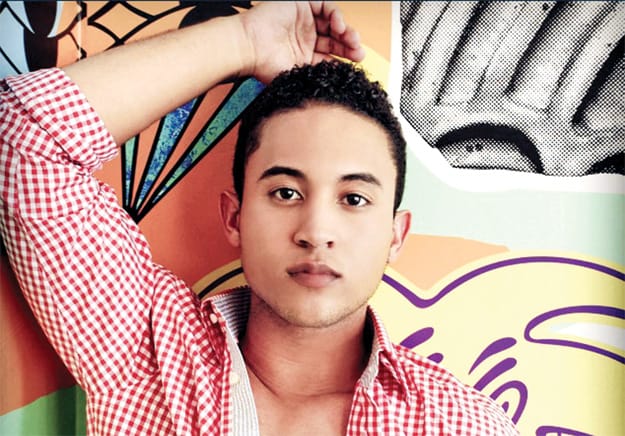 Tahj Mowry’s role on Baby Daddy has catapulted the series into one of ABC Family’s all-time best comedies. The 26-year-old who started acting at age 4, adorably stole scenes from Mary-Kate and Ashley Olsen on Full House, propelling him into his own sitcom, Smart Guy, on The WB. He also has several Disney-produced songs, a YouTube channel with millions of hits, and a new single with Grammy-nominated rapper Flo Rida. He keeps it all together with help from his twin sisters, Tia and Tamera, and mini-vacations to Palm Springs.

What’s your character Tucker like?
My character Tucker Dobbs says whatever is on his mind without a filter. He’s honest (to a fault) and humorous, but that’s why everyone loves him. He’s constantly joking around, a total ball of energy, slightly girl-crazy, and a devoted funcle (friend/uncle).

How did you feel about acting with an infant?
I was already an uncle, so real life basically prepared me for the role. I think I am the only one on set that had any serious baby experience.

What did the show teach you?
It taught me new respect for single parents. It’s constant work. I couldn’t imagine doing it alone. After a few scenes, I’m so worn out; and I’m not even taking them home.

Where do you escape?
Whenever I can, I sneak away to Palm Springs. It’s far enough to feel like a whole other world, but close enough to escape with just a short car ride. The town has a chill vacation vibe and is one of the only places in the world that can get away with being that hot.

What do you like to do there?
The perfect day would be to stay at Hotel Zoso, chill at the pool, and walk to amazing restaurants with friends. I always wish it was Coachella fest time, and I was shuttling down to the [polo] fields to dance with thousands of other music lovers. It’s always the highlight of my year.