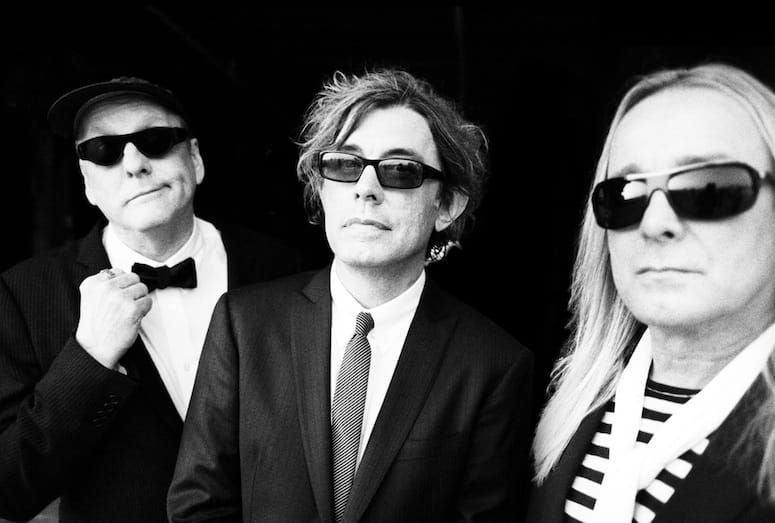 He may always be in charge of the Dream Police, but Cheap Trick guitarist Rick Nielsen also has a longstanding affinity for Southern California.

“My parents took me to Disneyland as a kid, and that’s all I needed,” he explains.

Throughout the years, the legendary Midwestern rock band has pledged its allegiance to the Golden State on record, whether it be their raucous cover of The Move’s California Man on 1978’s Heaven Tonight, or lusting after a not-so-virtuous California Girl on their most recent studio effort, 2009’s The Latest.

Cheap Trick is co-headlining with Peter Frampton on June 5 at Pechanga Resort in Temecula, and the two acts will also appear together June 13 at Fantasy Springs Resort Casino in Indio.

Nielsen is a larger-than-life performer, often seen playing guitar and sporting stage clothes emblazoned with his signature checkerboard theme. You can see it on his ever-present ballcap, bowtie, amplifiers, guitars, and guitar straps. The theme had even extended to his golf game, back when he had time to hit the links while on the road.

“I have a checkered driver, and one of my clubs has got my face on it,” he confirms. “That shows you how skilled I am: ‘This guy bought some signature clubs, and he doesn’t know what to do with them.’”

During a recent tour break, Nielsen took some time to discuss his love for Southern California, what it’s like touring with Peter Frampton, and what fans can expect to see and hear during the desert tour. But don’t give yourself away — the band just might surrender to your requests.

You went to Disneyland as a kid, so when was the next time you got out to Southern California?
"Well, let’s see. After that, when we got a record deal, we came out in the 1960s."

Was that when you were in Fuse? [Fuse was a precursor to Cheap Trick, a band that also featured Trick’s longtime bassist, Tom Petersson.]
"The Fuse days, yes. I remember we ate at the Copper Penny, or the Copper Skillet. It was something like that. Something Copper."

You grew up in Illinois in the ’50s and ’60s. Did you have an impression of Southern California and Hollywood from the movies?
"Yeah. That was where all the movie stars were, and where all the music business people were. They weren’t always just from the East Coast anymore."

Did it live up to the billing when you got out here? Did you like it?
"Coming from the Midwest, who didn’t like coming out where the sun is? You know — it’s the sun! Orange trees and palm trees! The thought was, 'Wow, this place is really good!' The people I met out there from the record company I had heard about from The (Rolling) Stones: “I’m an under assistant west coast promo man.” They were guys in seersucker suits. That’s what the whole thing was. [Nielsen is referring to some of the lyrics of The Under Assistant West Coast Promotion Man, a song from The Rolling Stones’ 1965 album, Out of Our Heads.]"

What do you like about Palm Springs?
"Well, it’s kind of based around shopping, sleeping, and eating. I was at a friend’s house one Easter Sunday with [onetime rock keyboardist and current businessman] Gregg Giuffria, and somebody had this band of singers come in, but I can’t remember exactly who they were. And then Lee Iacocca showed up. I was like, 'These are more recognizable people than I’ve had at any of my functions.' It was kind of out of my league, but it was nice that I got invited."

What can concertgoers expect from your upcoming sets?
"We haven’t really spoken about it, but Peter Frampton and Cheap Trick both have some of the bigger live records in history, so we’ll probably play a lot of that stuff, like I Want You to Want Me and Surrender. [1978’s Cheap Trick at Budokan is certified by the RIAA as triple platinum, or having sold more than 3 million copies.1976’s Frampton Comes Alive is certified by the RIAA as having sold more than 8 million copies to date.]

Will we get to hear Sick Man of Europe [a track from 2009’s The Latest]?
"(chuckles) Sick Man of Europe — we’ve actually played that quite a bit the past few years. It’s got a good punk rock vibe to it, for sure. Do this — mention that song in the article. We’ll read the article, and then maybe we’ll add it into the set. And when you see us, let us know if we did."

I may hold you to that. What do you like about going on the road with Peter Frampton?
"He’s terrific. He’s actually too good for me! He can go out there on his own and just do it, you know? I’ve known him for a long time. I saw him when he was in the band Humble Pie. And I was like, 'This is good stuff.' He was also on The Colbert Report one time when I was on the same show [Dec. 20, 2006]. True story — I actually wrote the music for The Colbert Report."

I know! Is Colbert going to have you write the new theme for him when he takes over The Late Show on CBS this fall?
"I’ve left messages, but I haven’t gotten any phone calls. Why don’t you talk to him? Can you get on that right away."