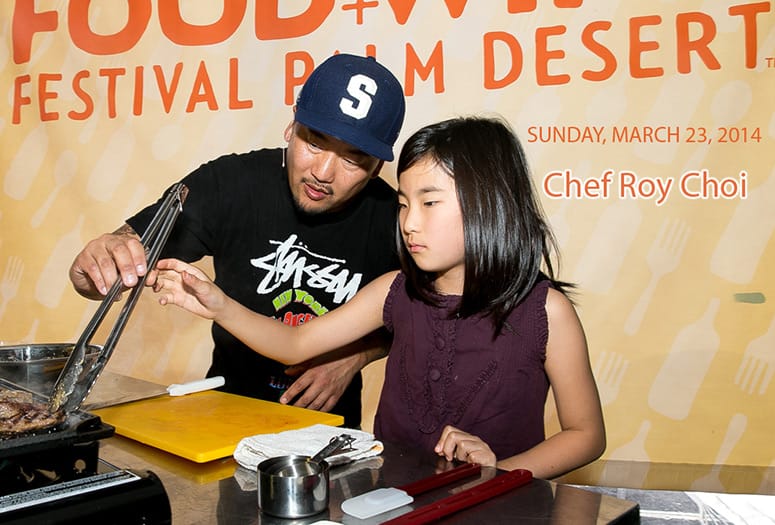 
Classically trained chef Roy Choi is a culinary street revolutionary, bringing together the high and the low – deliciously, passionately, and socially. He breaks down boundaries that separate chefs from hungry people. He creates businesses that thrive on the energy of their staff and their fans, on a mission of flavor and honesty and social creativity. He feeds people, body and soul.

While his pedigree includes Le Bernardin and the Beverly Hilton, his fame rose with one amazing taco that tastes like L.A. — and nearly single-handedly created the gourmet food truck movement with his partners on the wings of Twitter. Before hitting the streets with his popular food truck Kogi BBQ, Choi executed classical techniques in professional kitchens and banquet halls for 12 years in New York, San Francisco, Portland, and Lake Tahoe. Then came the recession.

Laid off, having lost everything, with a family to support, Choi had to get creative: He said “yes” to a friend who rented a truck and co-founded Kogi BBQ. With his Korean-Mexican tacos as the marquee star, Choi found a way to develop and carry out the vision that drives him to this day. Choi serves top quality food at a great price to Angelenos.

Because of the mobile nature of the venue, the biggest challenge they faced was their fans’ ability to locate the truck. Choi and his team took to the web to let fans knows where they would be serving. Choi admits that “without Twitter, it wouldn’t be anything,” and Newsweek later dubbed Kogi “the first viral eatery.” Choi was hailed as a pioneer, and the Kogi model has often been duplicated.