The term “vegan” was coined by a British woodworker and animal rights advocate named Donald Watson, or maybe it was his wife Dorothy, historians aren't sure. However, there is no quibble that the couple and four other friends created the Vegan Society in 1944. Fifty years later, on November 1, 1994, World Vegan Day was born.

Today, Vegfests are being held all over our planet, with the largest concentration taking place in the United Kingdom (18), Florida comes in second (9), while Pennsylvania and California tie for the bronze (4). The only reason California tied with Pennsylvania this year is because of Bryan Lopez, a 22-year old business student and senior at California State University at San Bernardino in Palm Desert.

Last May, Lopez debuted his first Desert Vegfest in Riverside attended by more than 2,000 enthusiasts. That's a pretty impressive number for its freshman year. On Dec. 7, Lopez is producing his second, and this time there will be films, guest speakers, three DJs, and he’s upped the vendors from 40 to 45 as well as adding four nonprofits. He's pretty stoked that his favorite gourmet vegan brick and mortar, Chef Tanya’s Kitchen, is participating in the festival’s second outing. The chef, Tanya Petrovna, was born and raised in Palm Springs, and is somewhat of a local celebrity in the vegan and pet rescue worlds.

Descended from Kossacks on her dad’s side, Petrovna’s mom was Czechoslovakian. “She cooked like crazy,” Petrovna recalls. “I grew up eating really good food.” But for whatever reason 18 year-olds have, when she enrolled at College of the Desert, Petrovna decided meat wasn’t for her. That had its challenges, she says. “So, you go out and it's beans, or it's pasta primavera. This was like the '80s and, oh my God, it was terrible. Nothing had flavor. I missed my Mom's cooking." She quickly realized that food's flavor came from most of the herbs and elements her Mom incorporated into her cooking, "so I knew how to cook vegetarian with flavor.”

She didn’t go full-on vegan until she transferred to University of California at Santa Cruz and rented a room from a woman who made her own seitan and tempeh. Petrovna, whose major was biology with an eye toward becoming a doctor, was fascinated. 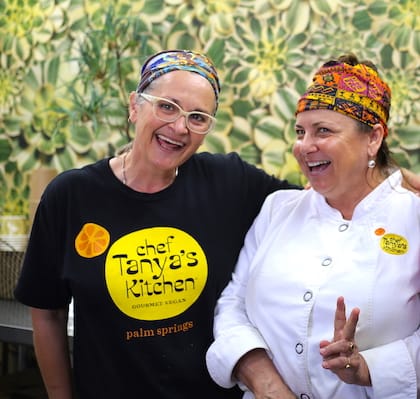 “During chemistry, we were studying these chemical reactions,” Petrova relates. “It was kind of a nice coincidence. Wow, we're learning about this, and this is actually balancing the equation, and I got excited and I thought, ‘Wow, wouldn't this be great to show the world [seitan and tempeh]? How can we get people to try this food? Because if people could try this, they would change the way they think of vegetarian food as just being beans and rice, because it always was.’ And then I thought, ‘With these dimensions, you can have the meaty thing, you could have a burger. You could do so many things!’”

And Petrovna did. After graduating, she traveled Asia, found other fascinating flavors, and when she returned to Palm Springs, created her first business: a home delivery service, a weekly bag of non-processed, non-GMO, organic vegan meals. It gained some traction and Petrovna stepped up to a brick and mortar she called MT Plate.

"How can we get people to try this food? Because if people could try this, they would change the way they think of vegetarian food as just being beans and rice, because it always was.’"

Business was pretty good until the Virginia Slims tennis tournament came to town. Martina Navratilova had just become vegan, and her manager was pulling his hair out trying to find good vegan food to take to his star athlete. He found MT Plate. When Petrovna and Navratilova finally met, they fan-girled over each other, and Navratilova began to wear the restaurant’s T-shirt to her televised practices. Navratilova won the tournament and Petrovna’s business exploded. 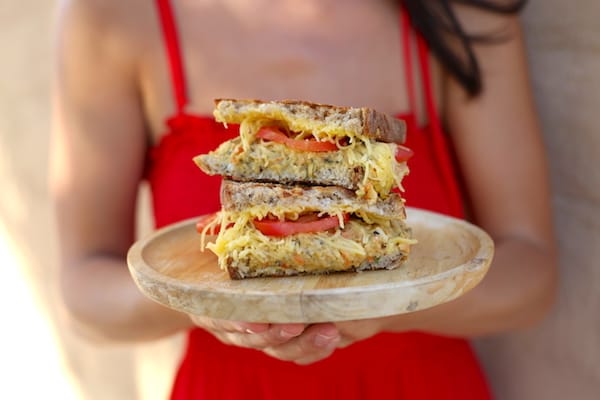 How about a Tu'No on rye from Chef Tany's Kitchen.

A decision to move to a new space in Redondo Beach coupled with a downturn in the economy did not bode well for MT Plate. The restaurant shuttered the following year, and Petrovna took a break until 1994 when she leased a small spot in Smoketree Plaza. She called it Native Foods. The place became so popular, she opened four more locations in California: Palm Desert, Westwood, Costa Mesa, and Alisa Viejo. She took on investors/partners and eventually they bought her out.

Her new-found freedom gave Petrovna time to get involved with her other passion, animals. She helped turn the Palm Springs Animal Shelter into a no-kill facility and educated people on how to care for neighborhood strays. Petrovna was well into that when she realized she had also strayed. She still had the need to get this plant-based food to people. "It's in my DNA," Petrovna says with a shrug.

She rented a space, installed a kitchen, and was building an online business when customers convinced her to serve food on site. Petrovna began serving paninis at Chef Tanya’s Kitchen from 11 a.m. to 2 p.m., eventually expanding to seven days from 11 a.m. to 8 p.m.

• READ NEXT: Where to Dine for Christmas? Here are 6 Suggestions.

Petrovna wasn't able to participate in the first Vegfest, "I was a bit busy at the time," she says. "But I've got to support him [Lopez] on the second one. And they're having it at the UCR Palm Desert campus. They have a nice movie theater, so they can host screenings of different movies to educate people who want to know more."

It was actually movies, and a young masked woman, that sparked Lopez's interest in the vegan lifestyle. In 2017 he stumbled onto an Anonymous for the Voiceless Cube of Truth, a peaceful street activism demonstation in Hollywood. The masked people show videos of animals being slaughtered and share facts with interested passersby (the events are pretty mainstream now, you can sign up on EventBrite). A young woman approached Lopez, and he listened. Although Lopez did go vegan shortly thereafter, he says it was just to see if he could. It’s very different today. 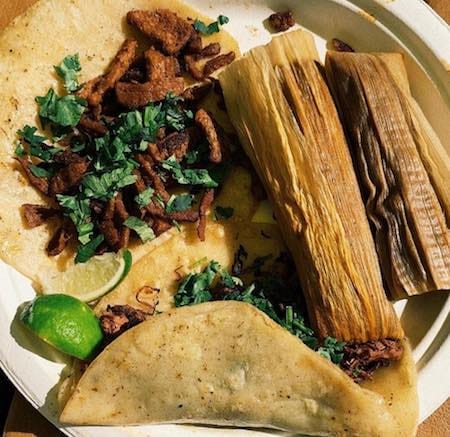 A platter from The Vegan Tamale Company.

“Two years ago, I couldn’t see myself the way I am now; I think I was a little bit close-minded,” Lopez admits. “People were telling me facts [about veganism], and I didn’t really care.” But somewhere along the way his personal challenge evolved into what he describes as “more empathy”.

As well as being a fan of Chef Tanya's Kitchen, Lopez tips his hat to The Vegan Tamale Company. When he was looking for vendors for his first event, they were the first to come on board. “Once they signed up,” Lopez relates, “it just started happening.”

Desert VegFest is a regionally apropos name and good descriptor for the event. But lyrically, the monicker Field of Dreams might be more apt. You can almost hear the whisper, "If you build it, they will come." 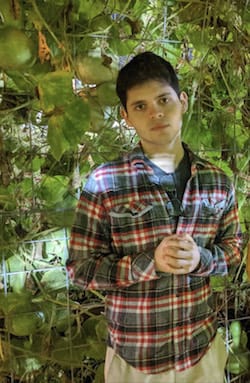