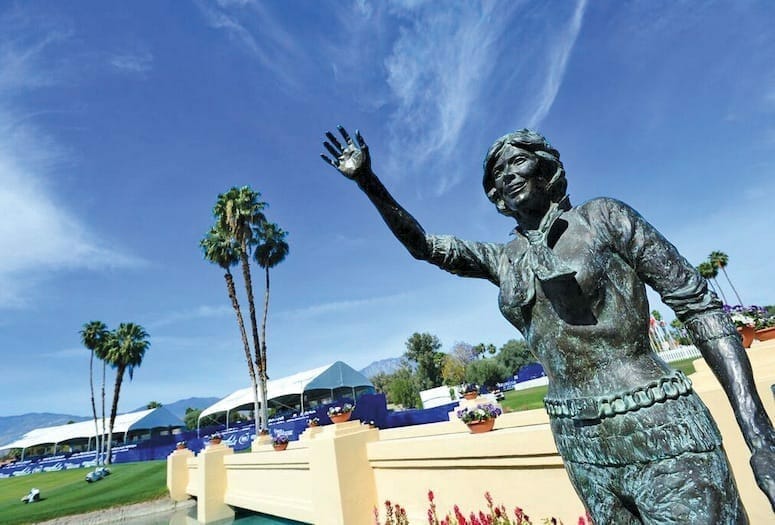 This statue pays tribute to Dinah Shore, who founded the LPGA event in 1972 at Mission Hills Country Club.
PHOTOGRAPHS COURTESY THE CHEVRON CHAMPIONSHIP

Known as ANA Inspiration since 2015, this month’s rebranded Chevron Championship will be the last LPGA tournament in  Rancho Mirage before it relocates to Houston, Texas, in 2023. Here are the biggest moments from 51 years of desert play.

1972: Conceived by Dinah Shore and Colgate-Palmolive chairman David Foster, the women’s golf tournament launches with a bang at Mission Hills Country Club, waving around a heavier purse than any other championship in the LPGA (and it wasn’t yet sanctioned as a major).

1988: After her win, Amy Alcott spontaneously lunges into the lake adjacent to the 18th green with her caddie, beginning a tradition of the victor’s leap into Poppie’s Pond. 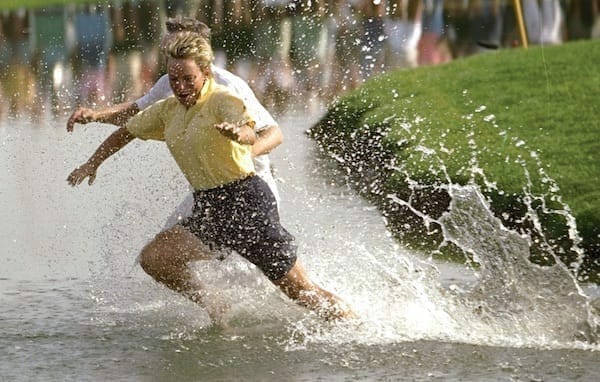 Dottie Pepper celebrates her win in 1999.

2006: Beginning the final round seven shots behind the lead, Karrie Webb holes out for an eagle on 18 and forces a playoff with Lorena Ochoa, whom she beats on the first hole of sudden death.

2009: In a stunning finish, Brittany Lincicome eagles the par-5 18th hole and sets a record as the only golfer, man or woman, to come from behind and win with an eagle on the final hole. 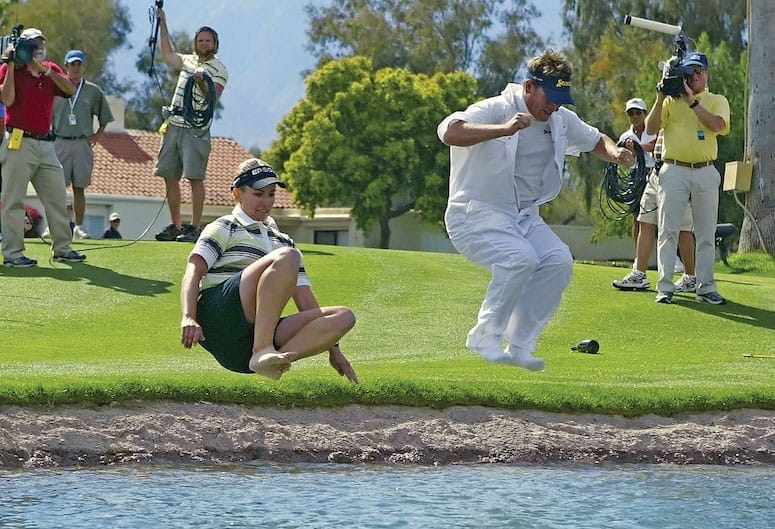 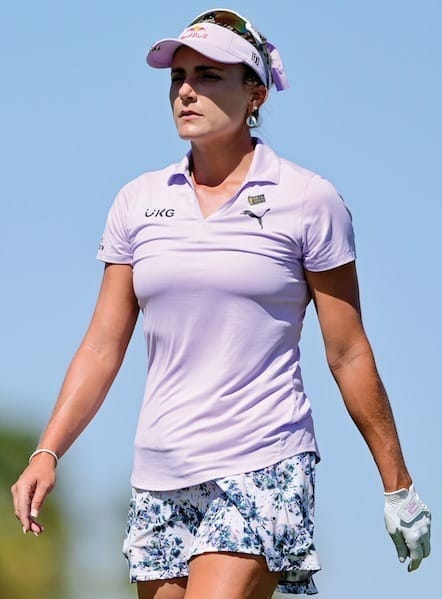 2017: Lexi Thompson receives a retroactive four-shot penalty for a ball-marking infraction and subsequent scorecard error when a TV viewer notifies officials of the transgression via email. She ultimately loses in a playoff with So Yeon Ryu, but the situation compels officials to act. They overhaul rules impacting player violations made without ill intent and eliminate the ability for “call-ins” to have any bearing on rule assessment.

2018: Four days weren’t enough to crown a champion. On the way to earning her first LPGA title, Pernilla Lindberg played an extra eight holes in an extended playoff, outlasting the earlier record by Inbee Park.

• READ NEXT: 3 U. S. Presidents Converge at One Time at Bob Hope Chrysler Classic.