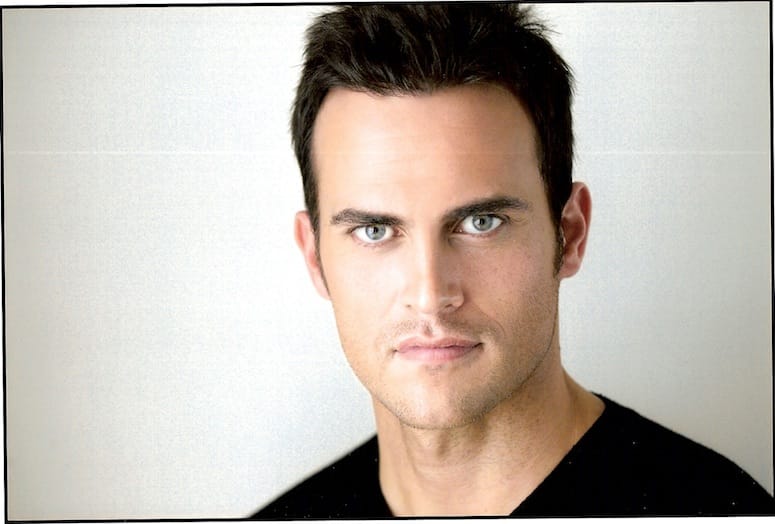 In a desolate wooded area outside Spokane, Wash., Cheyenne Jackson grew up without many material comforts.

With no running water in the house, he would wander to the nearby outhouse dreaming his dreams of acting stardom.

At 27 years old, Jackson had two life-altering experiences: a death in the family and 9/11. Not wanting to live his life wondering “What if…?”, he picked up and moved to New York City with no agent or any work lined up. He was booked for the first audition he ever went to for Thoroughly Modern Millie on Broadway.

Jackson has been in countless Broadway plays, sold out Carnegie Hall performances, stars in TV shows like Glee, and recorded his first full-length Pop album in 2013, I’m Blue, Skies. Just six months ago, he performed in the White House for President Obama and the First Lady, and now brings his act to McCallum Theatre on Nov. 1.

Having just married his true love Jason Landau six weeks ago in Encino and returning from his Bora Bora honeymoon, Jackson is back to work and took time to speak to Palm Springs Life.

Being based in Los Angeles now, do you spend much time in Palm Springs?

"I’ve been out there, but I’d like to spend more time out there actually.  I’ve been there at the McCallum once before with Michael Feinstein. This is the first time performing by myself. I’m really excited about the show. The show is an amalgamation of different shows I have done the last two years.  I’ve done it at Carnegie Hall, most recently at Disney Hall. All my friends that couldn’t see me at Disney Hall are coming to see me in Palm Springs. It’s going to be really fun. I love music from classic movie, American Songbook, Madmen era stuff, Billy Holiday, Leona Horn, Elvis, and Amy Whinehouse. Woven through a great, well hopefully great, stories throughout the night."

"One time when I was there with Michael [Feinstein], and we went to Barry Manilow’s house. [Michael is] friends with him, so we went there for lunch.  He was nice. It was surreal and great."

What stories do you tell?

“I share my personal stories, my struggles. I think it’s important as an artist on stage to share stories, not just sing pretty songs, and go through a list of 'well, in this show I sang this song, or that show I did this…'. That just bores me to death. We want to hear about the person we are watching! We want a little more insight and then the songs resonate more.”

“Yes, a lot of it out of context might sound strange. The last few years, I’ve had a very public, a lot has happened in the public.  I’ve gotten divorced, sober, relocated from New York, where I lived for 13 years, and met the love of my life. So all those things are pretty massive life changing experiences that are a part of who I am onstage.”

You sold out Carnegie Hall. What were those experiences like in your career?

“Amazing. I’m just a kid from Washington State near Idaho. I dreamed one day that I would be a successful actor in all realms, but to even set foot on the Carnegie Hall stage, let alone sell it out…incredible!  I just try to, every one of these experiences, savor it and realize this is extraordinary. I have a very exciting life that I’m lucky to have, but also have worked really, really hard for. It’s a combination of being at the right place at the right time, tenacity and working really hard.”

Are you performing any songs off your album I’m Blue, Skies?

"Yes, Lonely Boy, and I’m singing a new song that hasn’t been recorded. My Grandma died last year. I was her favorite grandson.  She called me her 'Little Rock Hudson.' It’s called Red Wine is Good For My Heart, because that’s what she always used to say."

I hear you’re a dog lover?

“I’m so dog crazy. They are unconditional love. When [my dog] Zora died, it brought me to my knees. It was my first loss as an adult, having raised her from a puppy. I have another rescue…Billie Jean now. They calm me down when I get to have my dogs in my dressing rooms on Broadway."