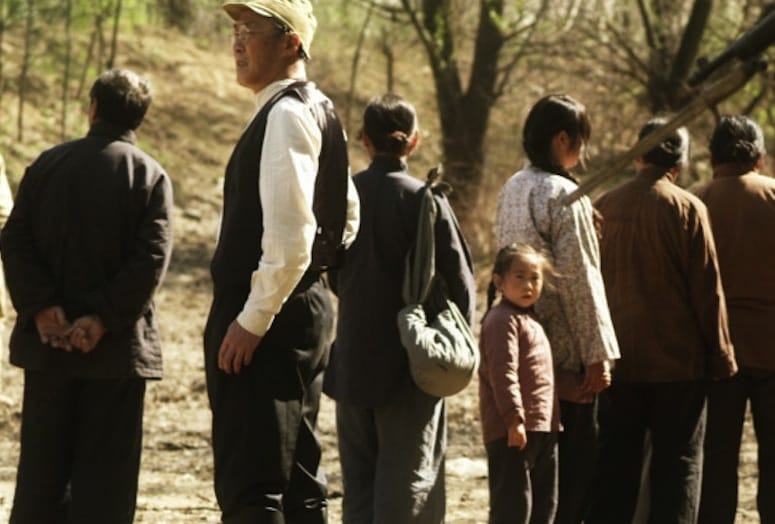 Carry On, a Chinese film focusing on a father’s efforts to save his family during the brutal withdrawal of Japanese forced at the end of World War II, captured the Best of Festival Award as the 2014 Palm Spring International ShortFest drew to a close June 22.

The director, Yatao Li, received a $2,000 cash prize, and a camera package valued at $10,000 courtesy of Radiant Images, and Final Cut Pro X courtesy of Apple Computer. More importantly, the film may be eligible for submission to the Academy of Motion Picture Arts and Sciences for Oscar consideration.

More than $115,000 in prizes, including $21,000 in cash awards, was awarded in 21 categories at the 20th annual ShortFest. Festival officials say they had another record-breaking year in attendance for ticket buyers, filmmakers and film industry delegates.

“The 2014 Palm Springs ShortFest far surpassed all of our expectations,” said Festival Director Kathleen McInnis. “Well over 800 filmmaker and industry guests made our Filmmaker Forums one of the most dynamic we have ever had, and most of the screenings had all filmmakers in attendance — a great bonus for our audience who love their Q&A sessions. Filmmakers brought themselves here from 37 countries, the most we have ever had, which speaks directly to the success of our targeted outreach to world cinema.”

Future Filmmaker Award – Winner received a $2,000 cash prize.
Whisker (New Zealand), Steven Saussey
A homeless hobo wants to feed his dog but has nothing to give him, until he notices a ‘beard growing contest’ at a local pub that presents a way to get the dog what he needs.

Panavision Best North American Short – 90 Days (9O天) (Canada/Hong Kong), Timothy Yeung
Armed with a 90-day tourist visa, a young Chinese girl arrives in Hong Kong. She is quickly led by her guide to the big city’s seedy back alleys, where she is prepared to work as a prostitute in a series of red light hotels with the hopes of earning money for her family. Camera package valued at $60,000 courtesy of Panavision.

Audience Awards
Best Live Action Short
Dragula (USA), Frank Meli
A young guy with an all-American father, jock older brother and an understanding mother (Missi Pyle), comes to terms with his inner voice when he performs a drag number at the high school talent show, after being taken under the wing of a famous old drag performer (Barry Bostwick) in a gay bar.

Best Animation Short
Bendik & the Monster (Norway), Frank Mosvold
A monster dreams of a being a cabaret singer. Bendik dreams of a better relationship with his mom and her boyfriend. The two of them can hardly dream of what will happen if they work together.

ShortFest Online Audience Award
Juliet (Australia), Martin Høgberget
Obsessed with Shakespeare and Alex, the hottest guy in school playing Romeo in the school play, Brooke is convinced the way to her Romeo’s heart is to star opposite him in the school play…and she will do anything to get the part.

Best Animation Short
First Place ($2,000) – Los Rosales (Italy), Daniel Ferreira
A humble and solitary robot is stuck in a repetitive life, turning wheels and cogs all day to produce his only means of survival—until he finds a way to feed his heart instead.

Best Live Action short over 15 minutes
First Place ($2,000) – That Music (Esa Música) (Colombia), Darío Vejarano
Omar, a construction worker, receives a recorded message on his cell phone from an unknown caller. Even though nobody speaks in the message, he vaguely recognizes a melody amidst the noise of the recording. From that moment on, he starts a search to find out the name of the song in an attempt to remember the life he once led.

Best Live Action short 15 Minutes and Under
First Place ($2,000) – The Chicken (Germany/Croatia), Una Gunjak
On her sixth birthday, Selma receives a chicken from her dad, a soldier away at the front, but her joy is quickly squashed when she realizes her mother has other plans for the new pet.

Best Documentary short:
First Place ($2,000) – Joanna (Poland), Aneta Kopacz
An intimate portrayal of a young mother who must contemplate what she wants to leave behind for her toddler son and husband.

Student Categories
All first place winners in these categories received a 1-year download membership to Videoblocks, AudioBlocks or GraphicStock.

Best Student Live Action Short Over 15 Minutes
First Place – The Aftermath of the Inauguration of the Public Toilet at Kilometer 375 (Egypt), Omar El Zohairy
A mistimed sneeze at a government ceremony dedicating a new public toilet unleashes a nightmare for one civil servant in this beautifully shot dark comedy.

Alexis Award for Best Emerging Student Filmmaker – The Alexis Award is selected by the Festival’s programming team and was created in honor of Alexis Echavarria, a young filmmaker, whose talent as a budding filmmaker and gift for inspiring excellence among his fellow students were cut short suddenly in 2005 at age 16. The recipient received Final Cut Pro X courtesy of Apple Computer.

First Place – Sun Can Blind (O Sol Pode Cegar) (Brazil), Toti Loureiro
Terrible consequences follow when Paulo shares with his friends that he lost his virginity to the housekeeper who lives in his home.

HP Bridging the Borders Award Presented by Cinema Without Borders – The winner received the award’s diploma and an HP ZBook Mobile Workstation with a color critical HP DreamColor display and Thunderbolt™2, an approximately $3,000 value.  The runner received a certificate for an upcoming Method Acting Intensive Workshop provided by The Lee Strasberg Theater and Film Institute with a value of $2,000.

First Place – Foad (Norway), Farzad Samsami
A street smart Moroccan boy devises a business opportunity with the desperate refugees at his seaside town in this film about dreaming of a better life.