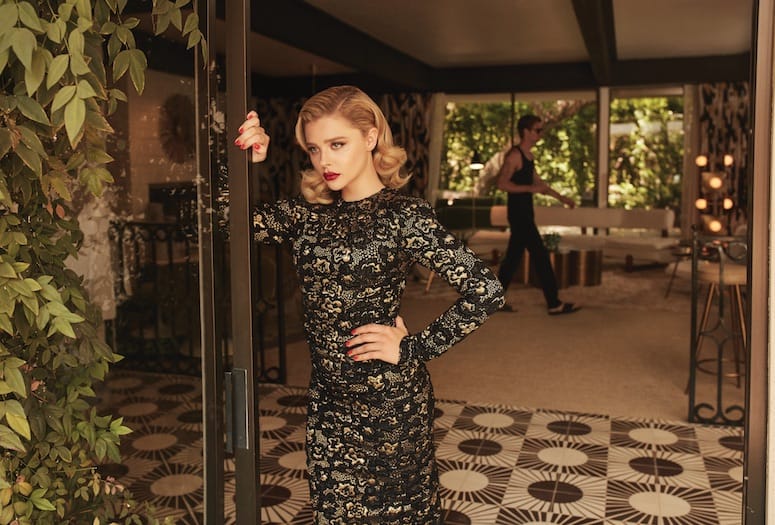 Actress Chloë Grace Moretz has been coming to Palm Springs for years with her family.
PHOTOGRAPHS BY GREG SWALES

Chloë Grace Moretz sits with her legs folded like a pretzel in the master bedroom of the Gene Autry Residence at Parker Palm Springs. Sipping an iced coffee, black, she pages through the day’s edition of The New York Times as the glam team goes to work.

“I can’t start my day without it,” the Georgia native says. Her political interests run deep: Moretz stumped for Hillary Clinton and in 2016 became the youngest speaker ever to address the Democratic National Convention.

At 21, she has 27 awards, 41 additional nominations, and 50 motion pictures under her belt, including three in post-production at press time. Her latest to hit theaters, The Miseducation of Cameron Post (a Sundance grand jury prizewinner that saw wide release in August), takes a raw look at the practice of gay conversion therapy.

Set in the 1990s, the adaptation of Emily Danforth’s eponymous 2012 novel chronicles the experience of Moretz’s character at a treatment center that aims to pray the gay away. “This is a prolific modern issue,” Moretz says, noting its use is not specific to any one religion, socioeconomic class, or race. “It is only illegal for minors in 14 states; 77,000 kids in the next five years will be subjected to conversion therapy.”

Miseducation, directed by Desiree Akhavan, was a passion piece for Moretz. “Having LGBT people in my family, being an advocate has always been a very large part of my identity,” she says. “This movie is by queer people — for the community by the community — and that’s really special. I’ve never felt more proud of a project.”

VIDEO: A behind-the-scenes look at the fashion shoot with Chloë Grace Moretz.

Moretz appears in Luca Guadagnino’s Venice Film Festival–nominated Suspiria, which opens in U.S. theaters next month. She also stars in the forthcoming animation Red Shoes & the 7 Dwarfs, Neil Jordan’s thriller The Widow, and a new animated version of The Addams Family (opening October 2019) alongside the voices of Charlize Theron, Oscar Isaac, Nick Kroll, and Allison Janney.

After her Palm Springs Life cover shoot (September 2018), Moretz took time to discuss her films, her mentors, and … her potential run for Congress.

For years, we’ve been going out to Palm Springs as a family. We usually go out there when it’s really, really hot. It’s 110 in the daytime and you just sit by the pool and sweat all day.

The snowbirds are going to think you’re nuts. Why come when it’s hot?

It’s just kind of fun. You get the resorts to yourself — at a place like the Parker, which is usually kind of crazy, [you’re there] without everyone in the way. 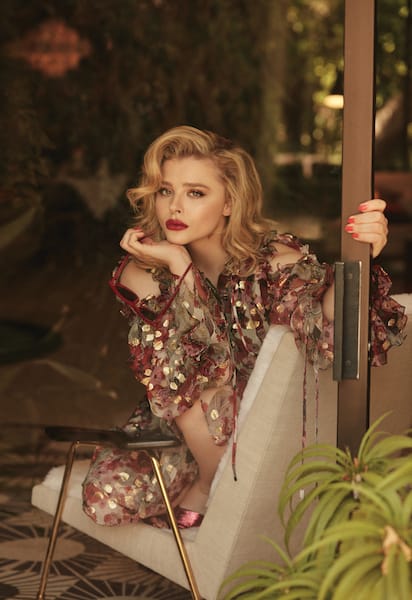 That downtime is necessary when you have such a loaded schedule. The Miseducation of Cameron Post dropped Aug. 3. Give us a quick rundown of the plot.

It’s a film about a young woman named Cameron Post. She gets caught making out with her best friend in the back of her boyfriend’s car, and her aunt sends her away to conversion-therapy camp. Basically, it’s focused on the interpersonal relationships of meeting other gay kids like herself for the very first time and the awkward, comedic moments that are found within some of the darkest moments of life.

It was a research-intensive project. What was the production process like? 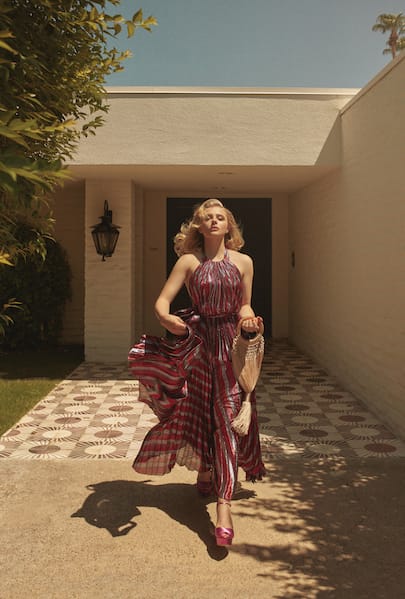 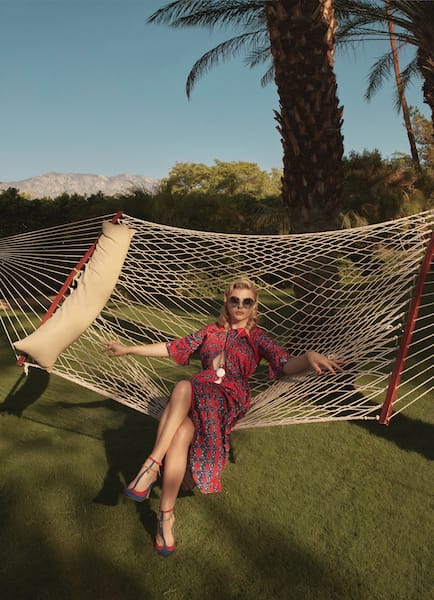 A story that really hit us was from a 16-year-old boy whose father was an immigrant — he came to America and had to work very, very hard to get to the place where he was. In his eyes, he thought he was giving his son more opportunities by “getting the gay out of him.”

Acting out such emotionally charged scenes must be heavy. Of all the film sets you’ve worked on, which has been most fun?

Dark Shadows, because Tim Burton really let me do whatever I wanted — there was no, “No.” It was just, “Go ahead! Do 10 times more than you even imagine doing.” He was off the wall, wild gnarly, a really great guy.

What’s your dream gig? If you could take on any role in film or television, past or present, what would it be?

I would love to do a long-form version of Gone With the Wind.

Let’s talk about Neil Jordan’s The Widow, slated for release in 2019.

It’s a wonderful film about a young woman who loses her mother and has this hole in her heart that she’s trying to fill. She meets a woman who fills that gap. From there, it takes some really crazy twists and turns, and you’re stuck on the edge of your seat wondering what’s gonna happen next.

Working with Isabelle Huppert. Isabel and Julie [Julianne Moore] are probably my two biggest mentors. I could literally call either of them in 20 minutes and they would give me the most honest answers to whatever I was asking. That’s such a blessing, and it’s really rare to find people like that in this industry — especially women at that level.

Best advice from one of your mentors?

It was really Julianne Moore, when I was 14 in Carrie, who taught me what it meant to have your own voice. She taught me if you see something, say something. If someone was being talked down to on set, it’s your right as the lead to say, “You don’t do that on my set.” She really taught me, in a multitude of ways, how to be an upstanding actor, how to be a professional and have a good time, how to make your moments in a very dark scene incredible. I have never had more fun than with her, and we were doing some of the darkest material I had ever done. I chalk up a lot of who I am today to her. 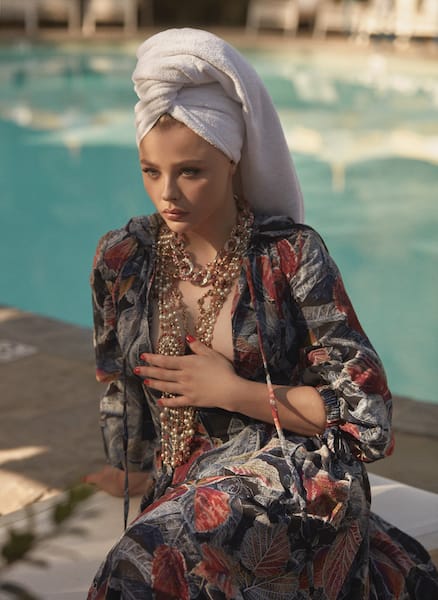 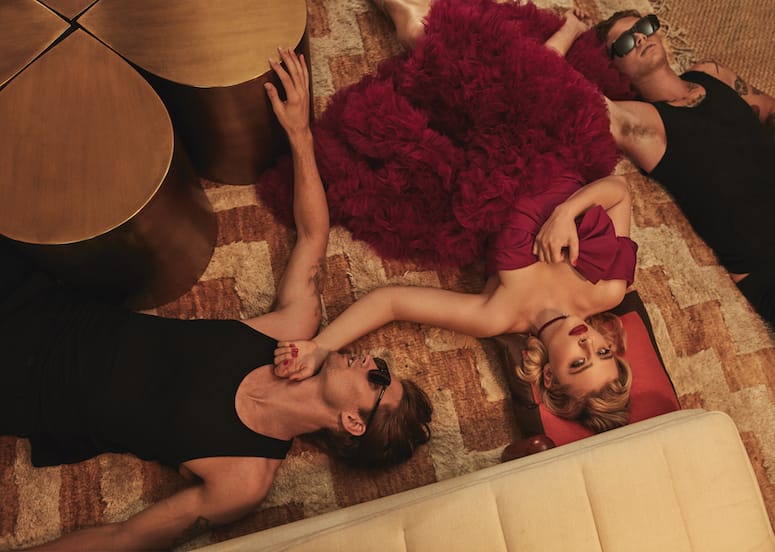 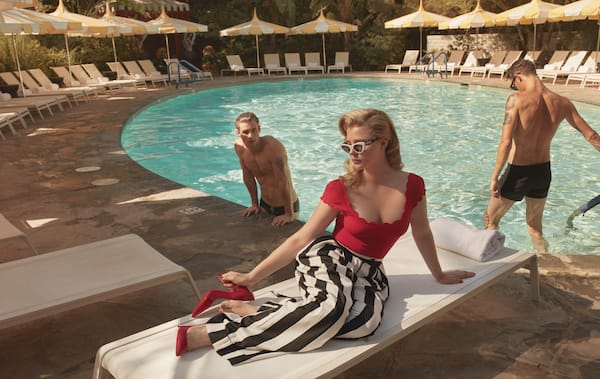 Another prominent figure in your life: Hillary Clinton.

I met Hillary when I was about 17. I had always been a fan of her as a speaker, as a person, and as an inspiration to young women, a woman who’s blazing a trail for all of us. I was really blessed that she asked me to speak at the DNC. I had already been campaigning for her pretty hard. I was in Nevada. I went to Michigan. I went to colleges and talked to teens and young 20-year-olds about the importance of getting the vote out. The DNC was the craziest experience ever.

You’ve been vocal about hot-button issues, like homophobia, from a young age. Where did that political interest take root?

I come from having two gay brothers. I was, without even questioning it, an advocate for the LGBTQ community. I was inherently up on their rights and the fact that, when I was younger, they couldn’t get married if they wanted to. On top of that, I grew up with a single parent. My mom was a really strong person and pushed that into me. She, along with my brothers, taught me to love and respect self-education — reading and keeping yourself abreast on the issues that you want to care about. When Obama won, I was fairly young, but I remember seeing all of my family watching the debate and finding out at age 8 or 9 what democracy was and what our system was.

Should we expect to see the name “Chloë Grace Moretz” pop up on a future ballot?

[Laughs] Yeah, yeah, I know. I thought about, when I’m older, potentially being part of Congress or the Senate and doing something like that. In 2020 I’m already looking at candidates, from Gillibrand to Booker to Sanders to Elizabeth Warren. I’m listening and I’m watching. My generation, hopefully, will finally put their money where their mouths are and get out there and vote and actually trailblaze, as opposed to sitting back like, “I’m unhappy, but I’m not gonna do anything about it.”

What’s your message to the next wave of voters?

My biggest thing is: Whatever you’re voting for, state legislature [or] a president, educate yourself — and, also, just have an opinion. Figure out what your opinion is and have a stance and listen and educate yourself.

And what’s your life motto?

Never lose sight of what your true passion is, and don’t get caught up in the good or the bad. Stick to yourself. If you go to bed at night and your conscience is clear and your heart is open, that’s the only thing you can really hope for in this world. 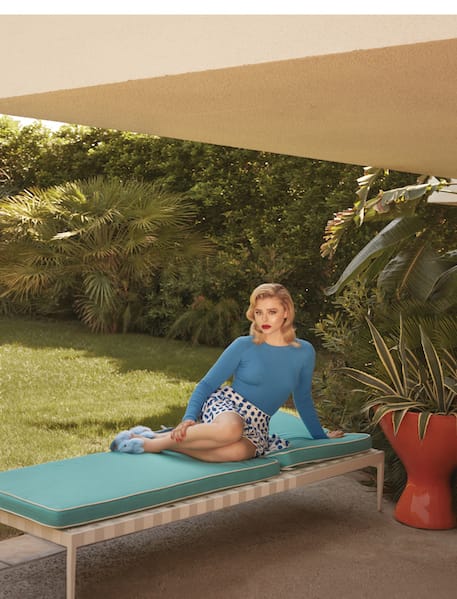 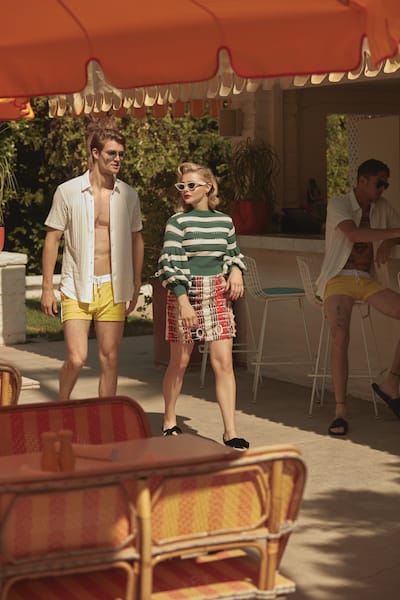 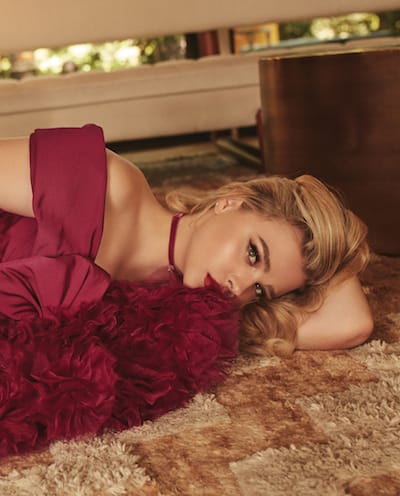