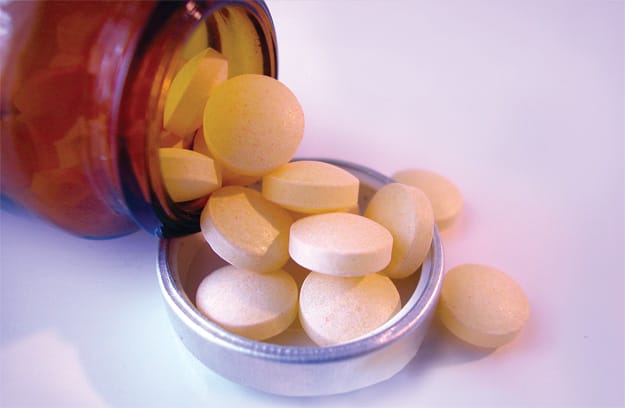 Television ads assure us that drugs can relieve digestive and respiratory problems, lower blood pressure and cholesterol, stop/reverse bone loss, and keep pain and depression at bay. The names of these miracle workers become as commonplace as our ailments. We may even ask our doctors to prescribe them. But pharmacist Greg Collins, who supervises the Coachella Valley’s CVS stores, says generic drugs not only perform the same job as brand names, but also cost less (sometimes significantly less).

Over the last few years, Collins notes, several allergy and heartburn medications (for example, Claritin, Zyrtec, Prilosec, and Prevacid) have become available as over-the-counter drugs — a pattern that typically follows drugs with nominal side effects whose patents near expiration. By moving their drugs to over-the-counter status, manufacturers gain a greater market for their established brand name (though the dosages may be lower).

When it comes to prescriptions, Collins advises patients to communicate with their doctors. “They need to bring up affordability and ask, ‘How much is this going to cost? Can I be treated with a generic medication?’” Although pharmacists cannot change medications, when customers raise the question of affordability, they may alert them to the availability of a generic form of a drug and then seek permission from the prescribing doctor to substitute the generic.

As for over-the-counter drugs, generics are typically shelved next to the brand name and packaged similarly. But a survey by the National Council on Patient Information and Education reports that only 34 percent of consumers could identify the active ingredient in their pain reliever, and only 20 percent even look at the label for the active ingredient.

Even more disconcerting is this revelation from the same poll: A third of Americans take more than the recommended dose of nonprescription drugs in the belief it will increase its effectiveness. Seeking professional advice is the wisest choice.

“Pharmacists, historically, have been gatekeepers for people who need something but they don’t know what they need,” says Collins, who notes that he and other pharmacists will ask customers questions to determine the best product. For example, some drugs may have negative effects for someone with diabetes or high blood pressure.

Collins also cautions consumers against using multiple pharmacies for prescriptions. “It can actually get very dangerous,” Collins says. “I am only checking for drug interactions on my computer database.”

When drugs reach their expiration date, they should be discarded (check with your local trash company or hospital for drug disposal programs). Meanwhile, keep them in a cool, dry place (not in the “medicine chest” in the bathroom where you take hot showers). Also, get rid of drugs you no longer need.