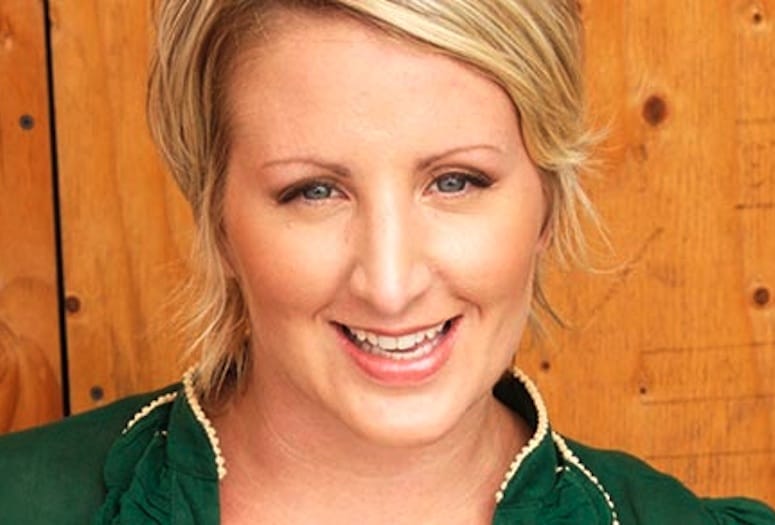 But Moore’s talents may be better known when her breathtaking contemporary dances were brought to life on the hit show, So You Think You Can Dance (SYTYCD).

Since moving to Los Angeles at age 18, Moore’s name has been behind several other high-profile dance numbers.

• She directed and choreographed the movie to Broadway musical, The Wedding Singer. photo courtesy of live it up! Productions

The "So You Think You Can Dance" all-stars relax during rehearsal for the Feb. 7 Steve Chase Humanitarian Awards Gala.

Her attitude may have something to do with her dramatic rise. “I don’t take kindly to (the word) ,’no’ or ‘I can’t’,” she says.

• “I almost went to college on a basketball scholarship.”

Moore will be behind the moves seen at the Steve Chase Humanitarian Awards Gala on Feb. 7 at the Palm Springs Convention Center to benefit the Desert AIDS Project in Palm Springs.

Her SYTYCD all-star cast will tell the story of life with HIV and AIDS. Written by Trini Garza and Brandon Alameda of Live It Up! Productions, producers of the event, and inspired by the songs of Scot Alan, this tender story will be told throughout the evening’s gala and shares the journey of a couple as they struggle with this serious disease.

According to Alameda, “It’s important for us, with the songs that Trini has chosen, that the lyrics are understood and the choreography enhances the story. Mandy is a storyteller and she makes the numbers something that nobody else can — contemporary and visually expressive. We love her work’ she’s amazing!”

Moore says she wants to “convey information in an artistic way. AIDS is a very real thing in our world and it is not something that is beautiful.  I want to show (this journey) visually, pay respect; but tell this story in a beautiful way. There is beauty in life no matter what it is.”