Chris Daughtry Says Time on 'American Idol' Has Not Defined Him 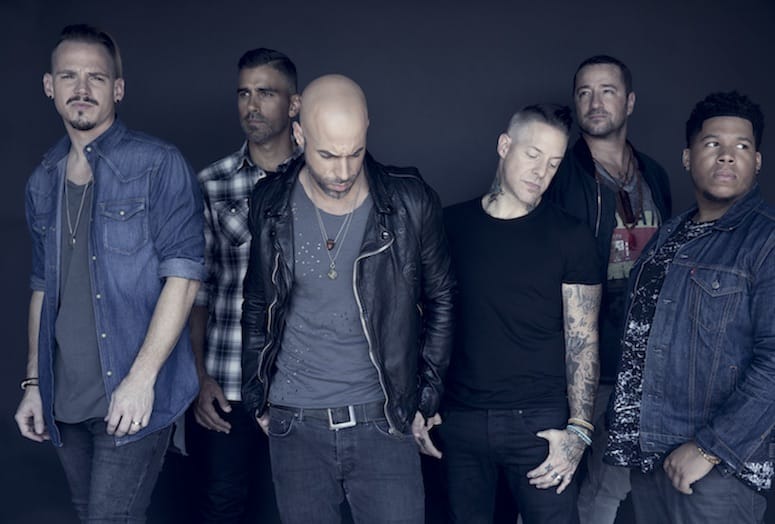 Chris Daughtry (center) says, "I don’t view myself as a celebrity. Half the time I forget I was ever on TV. "
PHOTOGRAPHS COURTESY AGUA CALIENTE CASINO RESORT SPA

The bright lights of show business can be alluring. Bask in the spotlight long enough and your star could burn out. That is not the case for Chris Daughtry.

The front man of the five-member band bearing his name found his celebrity soaring during and after his commanding appearance on the fifth season of American Idol — those deep vocals, that rock ’n’ roll edge. But he has managed to ground himself in a winning concept that propels the band’s longevity: creating excellent music.

He has also been smart. Collaborating with artists like Timbaland, Vince Gill, and Carlos Santana certainly helps. Embodying the role of Judas Iscariot in the 2016 live television performance of The Passion revealed a commitment to keep evolving as an artist.

As for the band, the musically robust entourage has released four albums, all of which hit the Billboard Top 10 and sold a combined 8 million copies. The group’s Grammy-nominated smash “It’s Not Over” piqued interest as did a bevy of other chart-toppers — “Waiting For Superman” immediately comes to mind.

Still, Daughtry comes across as deep, self-reflective, inquisitive, and genuine. On the eve of the band’s May 25 appearance at Agua Caliente Casino Resort Spa, he reflects on his creative journey.

You have said: “It takes a lot of time to accept who you are. You shave off the persona that you thought people expected ... I think I finally know who I am as a person.” What a deep statement. So, Chris: Who are you?

It’s something I am learning day to day. Everybody has things they grew up being taught and things that shape you; ways that you thought you were; things you believed and I found out that you don’t have to be any of that; that you can actually just be a good human being.

And be accepting of all things without taking sides or putting yourself in one category or another. I think I have become a more fluid human being, if that makes any sense. 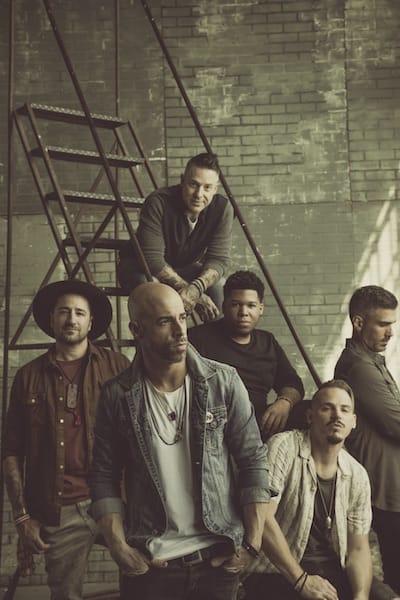 Sounds like you let go what of what you thought you persona had to be. Was that challenging?

Getting into music when I did and how everything came about for me to be on the show [American Idol], it felt that I was put in a kind of box of what people can expect of me. A lot of it was self-induced — me trying to live up to what people expected. I think every person goes through that, whether they’re artists or not. I got to a point where I shucked all that off and I became more myself on stage. I had an F-it moment. I went: “I am just going to be me.”

You and the band have a new album on the horizon and it’s bluesier and rootsy I hear.

It’s a little bit of everything. We pushed ourselves. It’s the most mature thing we’ve recorded. The musicianship on it far surpasses what we’ve done on it in the past.

Rock ’n’ roll is certainly going through an identity shift. Any thoughts?

I would love to hear guitars on the radio again. That would be a win for all of us. They say things are cyclical and things come back, but I have yet to see it.

So, there you are, on stage, singing your heart out. Describe what goes on in your body and mind?

It’s what I imagine being addicted to drugs would be like. It’s a hard feeling to describe because you are slightly out of body.

Did you have a moment growing up where you went: “I have to perform.’

As a kid, I always wanted to perform. Whether that was dressing up as my favorite comic characters or whatever. I was always doing some kind of performance. As a teen, I got more and more into music. I felt good when I nailed a song singing along with another performer [on the radio]. I always did it solo.

Not in front of people?

No. It was personal. But one day, I sang in front of friend and he said: “Dude, why aren’t you doing this professionally?” Everybody at the time saw me as an artist — somebody who drew. It goes back to what I said earlier — shucking what people expect of you. At that time, I was afraid to sing in front of someone because people did not know me as a singer and I thought: “They are going to laugh.” I had that moment.

Many creative people share tales about self-confidence — that it can be wobbly. How did you maneuver through that?

My dad played guitar. Once I started learning to play guitar, it was a shift with whom I was hanging around, which, became musicians. I think a lot of that piled on more confidence. I felt I had something to offer and I wanted to get better. The first time I performed with my own band, there was respect and admiration from my peers. It changed my whole perspective — from wanting to be a comic book artist to wanting to be a singer/songwriter. I didn’t look back.

You sound deep and downright approachable.

I am a human being and I am blessed enough to have a job I love that doesn’t feel like a job. I don’t view myself as a celebrity. Half the time I forget I was ever on TV. And I don’t take for granted that people should know who I am. It still shocks me when people stop me and say, “Your song helped me through something.” I want people to walk away thinking: “Oh, he’s just like me.”