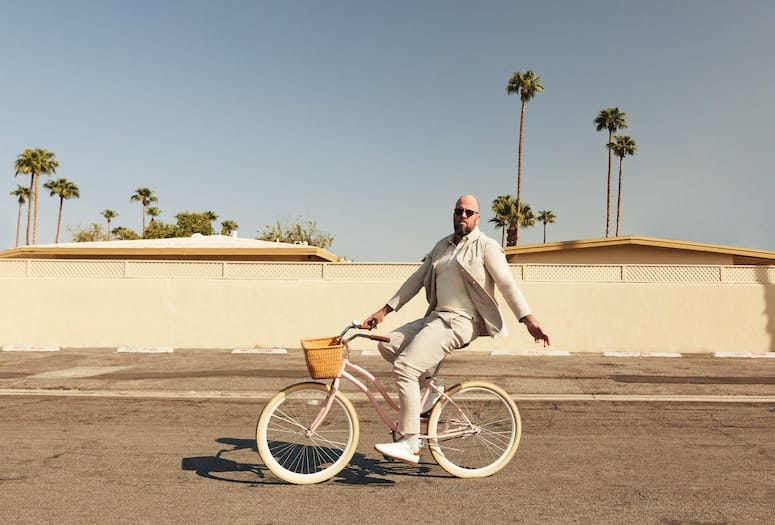 When he was 5 years old, Chris Sullivan’s father took him to watch tennis maverick Jimmy Connors square off against Yannick Noah in the final of the 1984 Congoleum Classic at the La Quinta Resort & Club. At that point in his life, the young Sullivan was more interested in snacks than serves. He was munching on a bag of chips so loudly in the stands that Connors stopped in his tracks and offered the kid a quarter to be quiet.

“Cut to 10 years later,” the Palm Springs–born Sullivan recalls. “I’m 16 years old. I’m playing competitive tennis in the junior USTA tour. Jimmy Connors comes to town, and I’m assigned as his warm-up partner. I asked him if he remembered that 5 year old at  La Quinta. And, sure enough, he did. We got to hit some balls and reminisce.”

If you’re one of the millions of viewers addicted to the NBC drama This Is Us, you’ll know this story doesn’t end with Sullivan going on to become a famous tennis pro. Instead, his unabashed chip-crunching extrovertedness led Sullivan to the stage instead of the court. While on a tennis scholarship at Loyola Marymount University in  Los Angeles, Sullivan gave up the sport and dedicated himself to acting. He eventually relocated to Chicago and immersed himself in the city’s celebrated theater and comedy scene.

“Listen, the probability of being a professional actor is much higher than being a professional tennis player,” the now-40-year-old thespian jokes. “Honestly, I kinda lost the love for it. The mental instability that benefits an actor is not as beneficial for a tennis player. And so I just had to pick one or the other — and my body was already kind of falling apart, anyway. I had a couple of shoulder injuries that [were] making it less enjoyable.”

It was the right call. 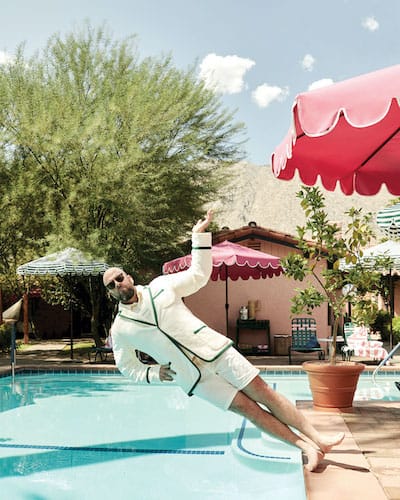 After standout stints on Broadway in Nice Work If You Can Get It and Lombardi, as well as on such TV series as Stranger Things and The Knick, the towering 6-foot-4 actor has won over audiences (and nabbed an Emmy nomination in 2019) for his nuanced performance in the family drama This Is Us, which returned for its fifth season in October.

• READ NEXT: Steve McQueen Will Always be “The King of Cool”.

For the past four years, Sullivan has portrayed Toby Damon, the lovable but conflicted husband of Chrissy Metz’s Kate Pearson. The hit series has followed the pair from awkward daters to struggling married parents while Toby has battled obesity, anxiety, and depression. (For the first few seasons, Sullivan donned a fat suit, a behind-the-scenes factoid that shocked some viewers when a slimmed-down Toby popped up in the fourth season.) Whether the couple will stay together forever is one of the over-arching mysteries that keep viewers tuning in each week.

Sullivan returned to a very different set when This Is Us’ fifth season commenced filming in October. Because of the COVID-19 pandemic, the cast and crew undergo rigorous testing each week and don several layers of protective gear. (“The cast has these Plexiglas boxes that we sit in between shots,” he says. “They make us look like life-size action figures of ourselves.”) In a case of art imitating life, the show’s characters this season are also in the middle of the pandemic. 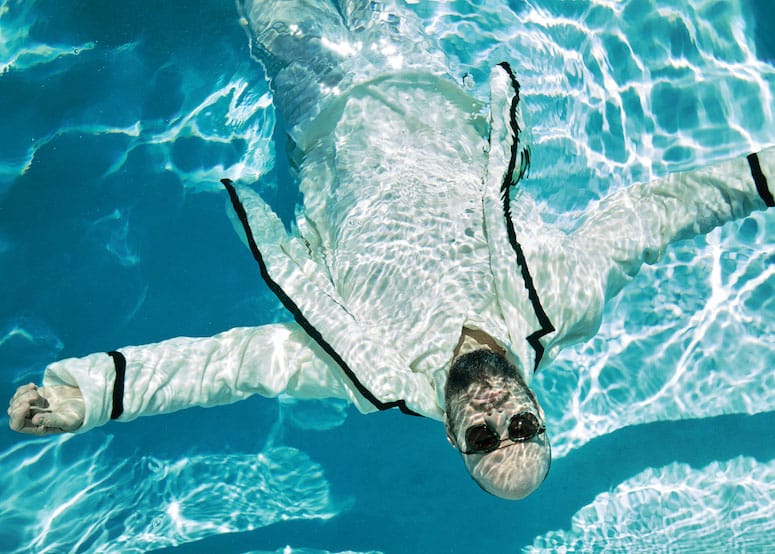 “I can’t wait to start spending more time out here.” 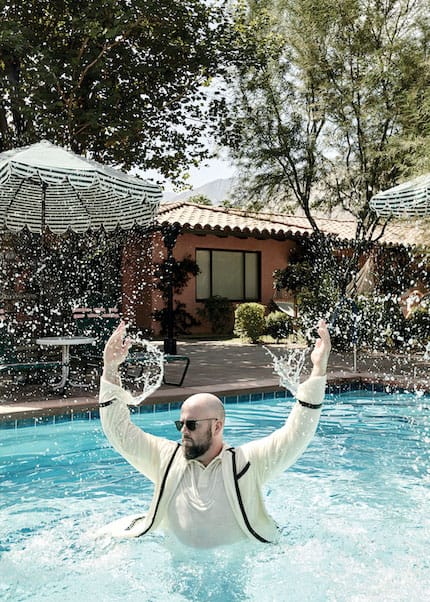 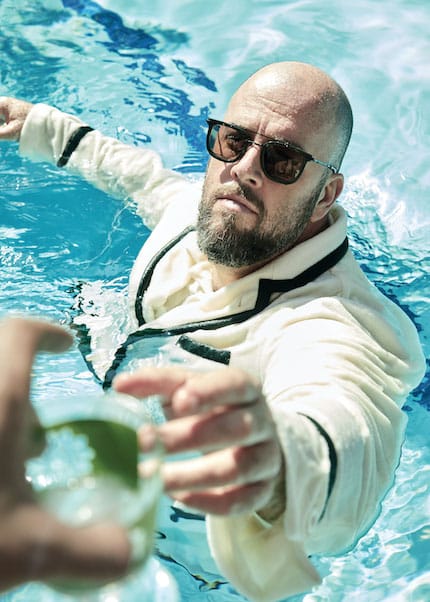 When he originally was cast in 2016, Sullivan was one of the final additions to the show’s ensemble, which includes Sterling K. Brown, Mandy Moore, Justin Hartley, and Milo Ventimiglia. This Is Us creator Dan  Fogelman and his team had been searching for a Toby for months before Sullivan auditioned for the role opposite Metz, who plays one-third of the Pearson siblings at the center of the drama.

“Chrissy had done a ton of chemistry reads [with other actors],”  Fogelman recalls. “We were torn. Chris came in very late. He was just coming off [another] show. He never even met with Chrissy, but the second he read for us, we were in hysterics. His chemistry by himself was off the charts. We could just imagine what would happen when he was with Chrissy, which is, of course, exactly what happened.”

The couple has become the pulsating heart of This Is Us. The current season, which returns from its winter hiatus Jan. 12, finds Toby and Kate struggling with raising their visually impaired child, as well as trying to adopt another baby. Fogelman is particularly proud of the depth that Sullivan has brought to the role, especially in those moments where Toby battles his crippling mental health issues.

“Sully is so funny,” Fogelman says. “He entered the show as this charming, self-effacing big guy, but as we got deeper, he revealed the real stuff — the mental anguish, all of it. Chris is an extraordinary dramatic actor, which we knew, but for an audience getting to know him as the character, I think those moments when Toby goes there are some of the show’s finest.”

• VIDEO: Chris Sullivan chats about the lure of the desert and Palm Springs.

The back-and-forth storytelling style of This Is Us means audiences have already met the grown-up son of Toby and Kate and glimpsed a future that appears free of COVID-19. “Who knows? Dan Fogelman is a pretty smart guy, so he may actually develop the vaccine in the show,” Sullivan says with a laugh. “I think our story will move through it fairly quickly. It’s a bit meta. Because we are dealing with the pandemic in the show, it helps us deal with the pandemic as a production.”

Toby and Kate’s on-screen journey toward parenthood prepared Sullivan for the arrival of his own son this past summer. Sullivan and his producer wife, Rachel, welcomed their first child, Bear, in July. Sullivan admits he “didn’t expect to be this good” at being a dad himself. “I thought it would be more challenging,” he says. “And I hesitate to say that as the other shoe may drop, but I just really love it and I’m taking to it really well.”

The fact that his off-screen life has paralleled his on-screen one isn’t lost on Sullivan, and he acknowledges that his time on the show has helped him to be a better father, husband, and son. “I’m learning from these writers because they are taking all of their life experience and putting it into the show. They’re demonstrating for us how to create healthy relationships, loving connections, and a lasting family bond. But the show also provides the structure to expand and to diversify my creative portfolio.”

For Sullivan, that means music. Under the name Joseph the Spouse, he released his first album, Six Feet From Under, last month. It’s a mix of story-driven folksy and bluesy songs with Sullivan on vocals and guitar. Thanks to the ensemble style of This Is Us, he had plenty of time to work on his tunes when he wasn’t appearing on camera. And the show provided an unlikely collaborator, too.

“It’s a partnership with Taylor Goldsmith from the band Dawes,” Sullivan says. “He and I met through This Is Us. He was dating Mandy Moore at the time. They’re now married. And we just hit it off and realized that we had all the same musical influences. We wrote one song together and then another. Then, we sat down and wrote a whole collection of songs about transitions in life that are about pushing through the pain and the struggle of growing up and fully embracing adulthood.”

The album was recorded before the pandemic hit, but Sullivan held off on releasing it because the timing didn’t feel right. He was eager to tour in the support of Six Feet From Under and show audiences a side of himself they might not know. But, just like diving into that bag of chips, he couldn’t wait any longer. Now, he’s bummed he won’t be able to play for live crowds until, well, who knows? 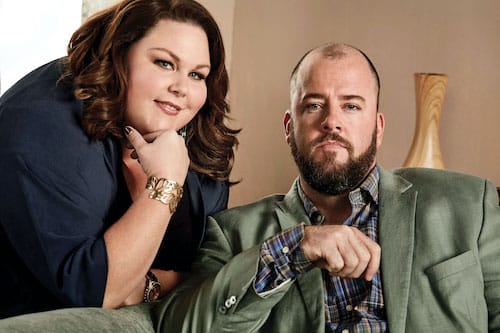 Chris Sullivan with Chrissy Metz on the set of This Is Us. 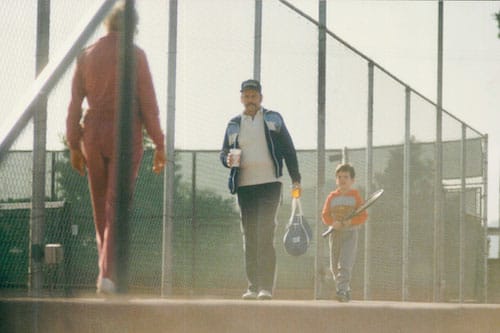 A young Sullivan goes to tennis practice at the  La Quinta Resort & Club with his father in the 1980s.

“The mental instability that benefits an actor is not as beneficial  for a tennis player.”

Sullivan’s parents — dad is from the Bay Area, mom is from San Bernardino — met in Riverside and moved to Indio when his homebuilder father landed a job as a city planner in Desert Hot Springs. When he was 6, Sullivan and his family relocated to Sacramento when dad was offered another job, but they always maintained a connection to the Coachella Valley. Sullivan’s brother, Bryan, was married at La Quinta Resort & Club, and Sullivan has escaped countless times to the desert, finding respite everywhere from Two Bunch Palms in Desert Hot Springs to Wild Wolf Ranch in Joshua Tree. And he’s preparing to be here more often: Sullivan’s parents recently bought a house in Rancho Mirage and will be retiring there soon. 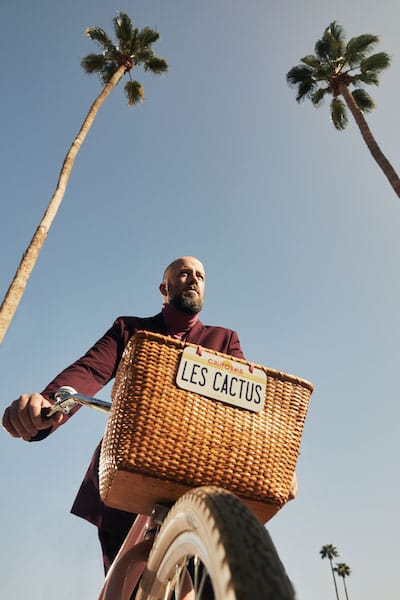 Suit and turtleneck by Paisley & Gray; shoes and belt by Magnanni; socks by Bombas.

“They wanted to be closer,” he says. “My brother and I both have children now. The two-hour drive from L.A. to Palm Springs is much more doable than the seven-hour drive from Sacramento. And Palm Springs is now developed in a way that there’s so much to do, especially for a retired couple. My dad’s a golfer, tennis player, and a vintage car enthusiast, so they’re looking forward to meeting a new community down here.”

While it’s been more than 35 years since he lived here, Sullivan’s time in the Coachella Valley was supremely impressionable — as evidenced by the twinkle in his eyes when he speaks about it. Sullivan fondly remembers hunting for frogs and other critters in his yard near the Empire Polo Club, taking lessons from tennis legend Alice Marble at La Quinta, playing with his dog, and chasing the ice cream truck down the street.

“There is no place on this planet where the ice cream man is more revered than the Coachella Valley,” Sullivan says. “Little things like that are still very, very vivid in my mind, so I can’t wait to start spending more time out there now that my parents are going to be back.”

For now, Sullivan is continuing to film the fifth season of This Is Us, raise little Bear with his wife, and write more music. He’s also working on turning a short film he starred in titled Hammer Down that premiered at this year’s San Jose International Short Film Festival into a full-length feature.  Oh, and when he has the time, he still likes playing tennis. He just makes sure to leave the snacks at home now. 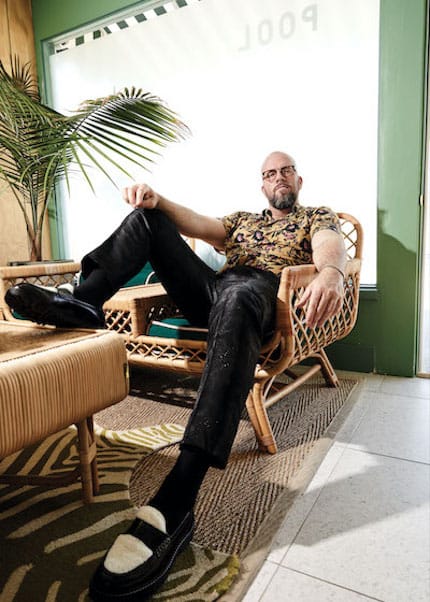 Shirt and belt by Bonobos; glasses by See Eyewear; pants by Tallia; jewelry by David Yurman; socks by Bombas; shoes by Tommy Hilfiger 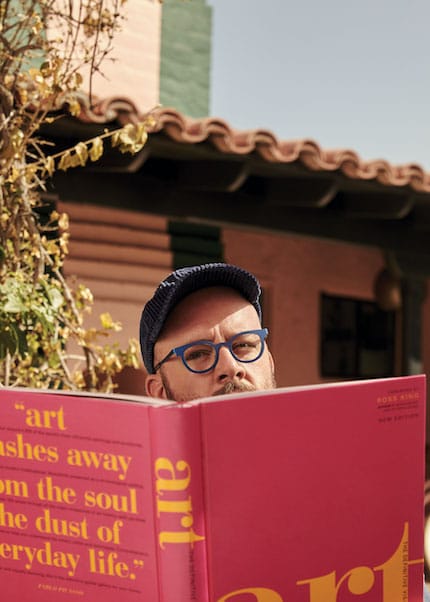 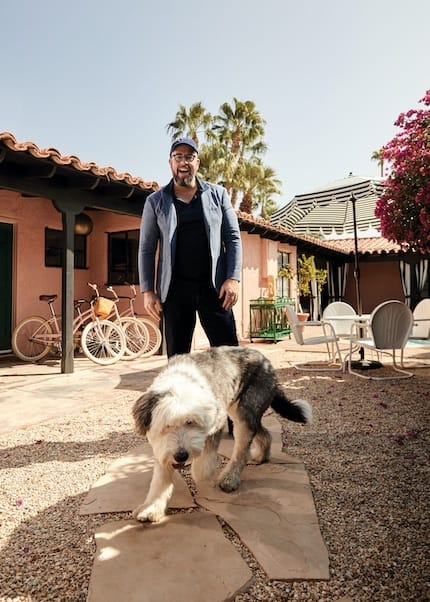 Hat by Rowing Blazers; glasses by See Eyewear; polo by Reiss; jeans by Tommy Hilfiger; belt and shoes by Magnanni; socks by Bombas.

PHOTO GALLERY: A mix of photos by Derrik J. Lang and Jonny Marlow.