Christian Sesma Directs "Pay Dirt", Close to Where He Grew Up 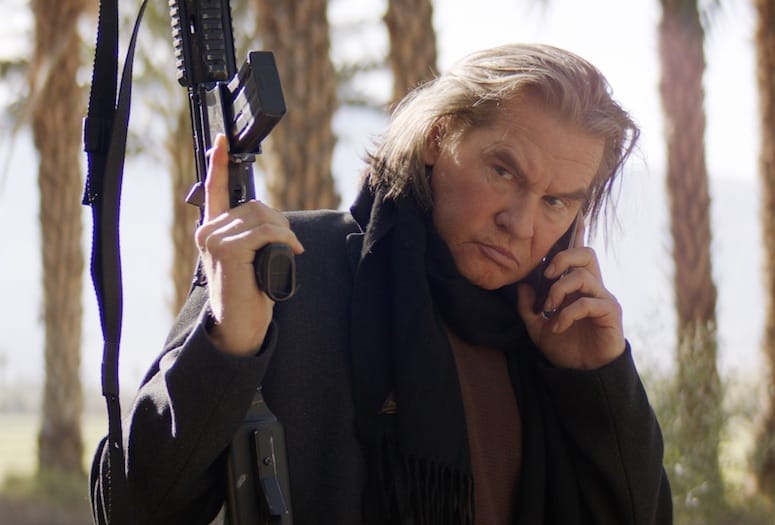 Christian Sesma says Pay Dirt, his new movie starring Val Kilmer and Luke Goss, couldn’t have been made without the city of Coachella, its mayor, city council, and residents.

“I mean that. Coachella keeps these productions coming,” says Sesma, who wrote, directed, and produced Pay Dirt. The movie, set to release Aug. 7, is already getting some buzz. Good Morning America aired a segment Aug. 3 featuring Kilmer and his daughter, Mercedes Kilmer, who makes her film debut.

“There is already a lot of interest in the movie. “[Television show] Extra dropped a trailer first, and I hear Variety is doing something, too,” says Sesma, who grew up in Palm Springs and lives in Cathedral City with his wife Lillian and two daughters. “I think there’s a lot of stuff coming this week.” Sesma has made seven movies so far, six in the Coachella Valley, and this one feels different, he says. “But with Indies you never know.”

Pay Dirt is a crime-heist-action movie about a parolee (Goss), who teams with his old crew to find a buried bag of cash stolen five years earlier –part of a DEA bust gone bad. All of it happens with a sheriff (Kilmer) in hot pursuit. Palm Springs favorite Mike Hatton, who made his mark acting in the film Green Book, acts in and produces Pay Dirt. Nick Vallelonga, also of Green Book fame, is in the cast.

Coachella provided the foundation for the film’s positive launch, Sesma insists. “My relationship with Mayor Steve Hernandez, and the Coachella City Council, goes back to 2014. They are always amazing.” He plans to keep returning to Coachella.

About 60 percent of the movie was shot on location in the city, including “inside and outside City Hall, around the streets, parades,” Sesma adds. The production spent about a month in Coachella.

“We are very proud that Christian chose to work with the city of Coachella,” says Mayor Steve Hernandez. Sesma is on the front end of what he sees as the desert becoming “a second home to film studios.” Other scenes were shot at a date field in Thermal, the Salton Sea, and Fantasy Springs Resort Casino.

In the film Pay Dirt, Val Kilmer works alongside his real-life daughter, Mercedes, who makes her screen debut.

• READ NEXT: Mike Hatton Adds Producing to his Hollywood Credits.