Attendees at Wednesday night’s Fashion Week El Paseo event can claim they were among the first people to see fashion designer Christopher Bates’ womenswear on a runway. He himself considered that element of the evening “particularly exciting” after a decade of dedicating his art to menswear.

“My strength is adapting men’s tailoring for women and making it sexy and chic,” he says. 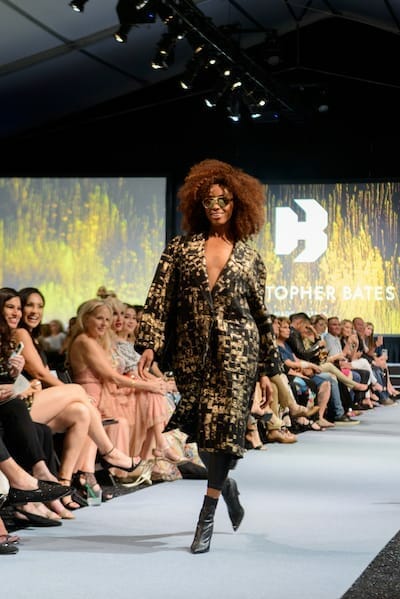 A native of Vancouver, Canada, Bates attended Istituto Marangoni in Milan and in 2014 established his headquarters studio in the city, in part because Italy is a premier hub of exquisite tailoring. While in school (2006-2007), he and his classmates had to design two collections of womenswear and then a menswear collection.

“I had a bit of a knack for menswear, and my instructors encouraged me to pursue it,” he says. When he was ready to launch independently in 2008, he adds, “Menswear was emerging in the fashion realm, and I felt it was a niche to make a name for myself.”

Ten years later, fate intervened, so to speak. After sourcing working material at a fabric show in Milan, he found himself with more time than usual, due to a pandemic slamming the brakes on momentum.

“I realized some of the fabrics I had gotten were better suited to womenswear — some blatantly so. I thought I should use the time to design my first women’s collection,” Bates says, noting that, despite a dry spell of social activity (e.g., runway shows), womenswear now accounts for half of his business. 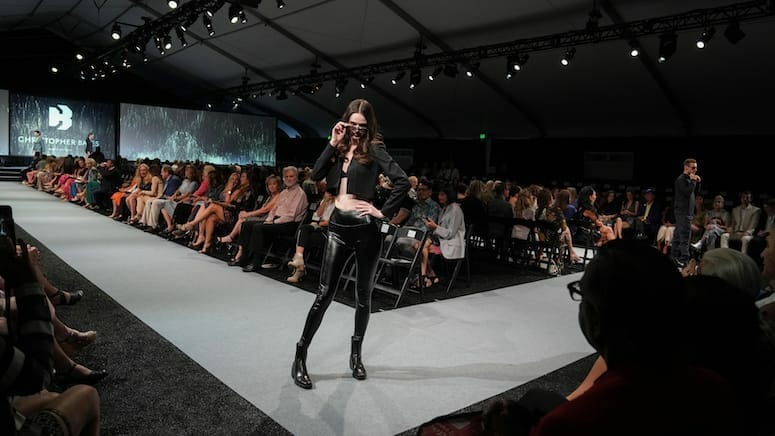 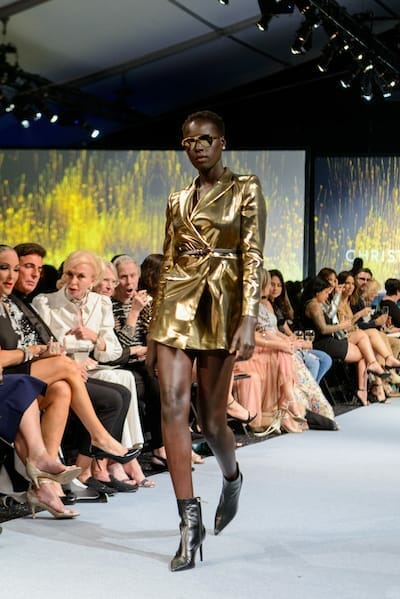 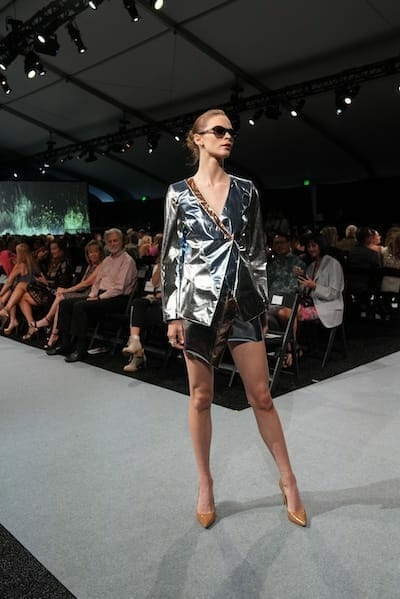 Bates’ conceptualizing some of his Milan-sourced fabrics as material for a female spin on his design aesthetic does not mean he had selected dainty, floral patterns. But one could see in his El Paseo Fashion Week runway show that, for example, an abstract mix of turquoise, magenta, orange, and yellow worked better as a coat dress for a woman and a buttercup shade for a sleeveless version. One could argue that the strongest piece in last night’s spring parade was a graphic print of lemon yellow, black, and white rendered in a coat dress (Bates refers to his creations as “blazer dresses”).

The coat/blazer styles came sleeveless or with long sleeves, were beltless or cinched with thin belts, and fell just below the derriere or well below the knee. Waist-length jackets, often in metallics, were paired with skin-tight, slick-as-wet black pants, while a black top was paired with a cream-colored, short, and flouncy skirt.

And, oh, those metallics. They ran the spectrum from aluminum silver to rose gold to solid gold to copper to red. 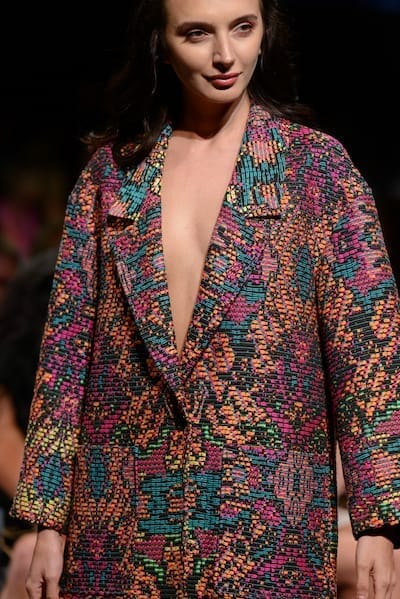 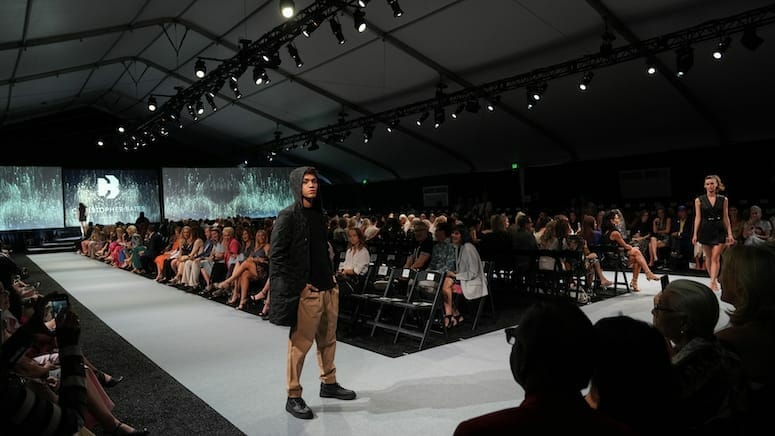 Bates’ menswear concentrated on black and a mix of neutrals, even in one look (cream shirt, beige jacket, tan slacks). But male models did sport a few pale hues (green, blue, and ever-so-subtle pink) and a few bold ones (yellow, red, and an orange/blue pairing), as well as textured black with white flecks. The overall concept for menswear leaned toward casual style, with plenty of bomber jackets (making three-quarter length jackets a collection standout) and pants with knitted cuffs above athletic shoes or combat boots.

Bates favors natural-blend fabrics (some of which he says have up to seven materials in them) and performance-based tech materials such as eco-friendly lyocell, made from eucalyptus trees.

Of his spring collection, he says, “I feel people are really reinventing themselves and their wardrobes, and a sense of optimism translates for me into more patterns and metallics. If you see something solid, it has a micro texture or micro pattern.” 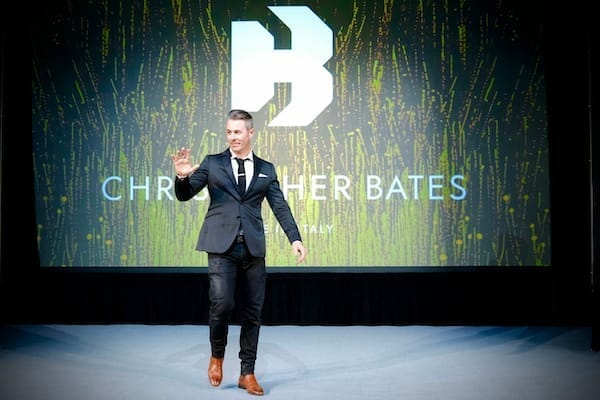 As for styling, Bates eschews distractions from the clothes themselves — with one exception:

“A key accessory for me is sunglasses, because it is part of our line and really ties together the looks.”

Only when Bates stepped from the wings onto the stage at the conclusion of the runway show did the crowd see one of his signature designs. He wore his signature “Romeo” white shirt with a red-lipstick “kiss” planted on the collar.