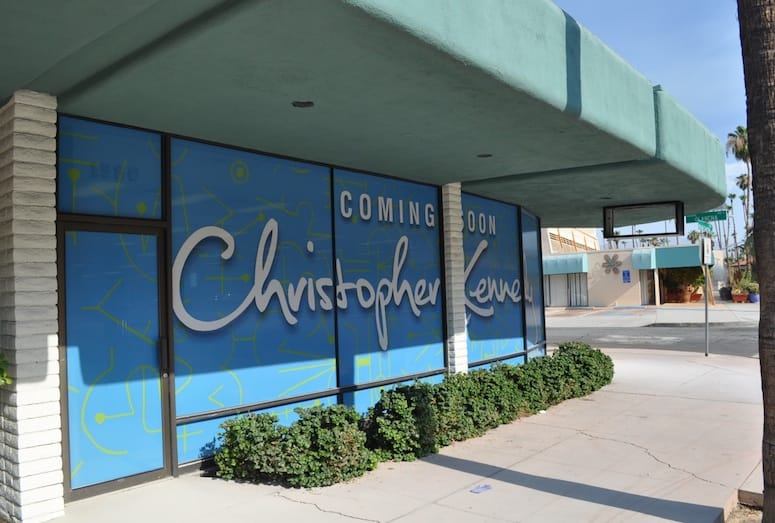 Following the opening of the Hacienda Cantina & Beach Club in June, interior designer Christopher Kennedy has announced plans to open a 3,000-square foot retail store and design studio just a block away.

Set to open in the fall at 1590 S. Palm Canyon Drive, the Christopher Kennedy home store will feature products from the designer’s own couture line of furniture, alongside hand-picked vintage finds and other contemporary furnishings. The store will also carry Kennedy’s lighting for Lamps Plus, his popular Palm Springs Neighborhood candle line, his soon-to-be-released accessory line for a major television shopping channel, and his brand new collection of pet fashions.

"It's simply fabulous and an honor to be able to add the Christopher Kennedy name to the up-and-coming South Palm Canyon district,” Kennedy says. "With the newly-opened Hacienda Cantina & Beach Club and the recently announced Cameron development in the works, I am confident that this area of town is about to experience a similar resurgence to the Palm Springs Uptown Design District. I am very proud to be investing in this part of our city.”

Kennedy will design the store’s interior, which will feature his signature livable modern style. Concrete floors and grasscloth walls will create a clean and bright backdrop for his sculptural furniture pieces.

“In the past 10 years, Palm Springs has been a wonderful place to build my business,” Kennedy says. “The relaxed luxury and modern glamour for which our city is famous continues to inspire me and my brand. It is natural for me to give back to the city that has given me so much, personally and professionally.”