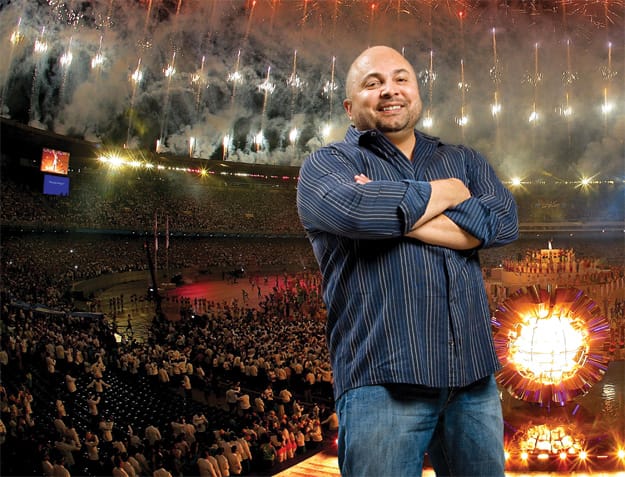 As you read this, Coachella Valley’s connection to the 2012 and 2016 Olympic Games may be listening to the chime of Big Ben or shopping at Harrods. In October, Christopher Laue (the only Palm Springs-based member of the FiveCurrents production firm with contracts for both events) set up extended-but-temporary digs in London. Before he left, we caught up with him at his home, where his Chihuahuas, Blue and Pink, were under quarantine in preparation of joining Laue abroad.

You were named procurement director for the 2012 Olympics in London. What does that mean?
FiveCurrents’ UK subsidiary, Flow Productions Limited, was appointed to create a production company called London 2012 Ceremonies Ltd., which will produce the opening and closing ceremonies of the Olympic and Paralympic games. I will lead the acquisition of goods and services to deliver the ceremonies. One of my specialties is putting teams together and making sure they have what they need.

How nerve-racking was it to make Rio de Janeiro’s 2016 bid presentation before the IOC and heads of state in Copenhagen?
That was unlike anything I had ever experienced before. The Brazilians’ determination and passion were infectious and inspiring. The stakes were amazingly high for everything the Olympic movement brings to a community and to a country. FiveCurrents has an ongoing relationship with Rio. Currently we are consultants. We have high hopes that we will be appointed to produce the opening and closing ceremonies.

What’s the most memorable moment of all the mega-productions you’ve done?
For the Pan American Games, we built a full-time staff of 300 Brazilians that had never done anything like that. When it was over, to have them tell me, “This was the job of my lifetime” — that’s the most special memory of all.

What’s your dream production?
Where I started was producing and stage managing large dance shows and musicals. I would love to try directing a large theatrical show. FiveCurrents does theater on a massive scale; I would like to do something more intimate, more in line with traditional theater. I love the power of storytelling and the ability to transport audiences to another world.