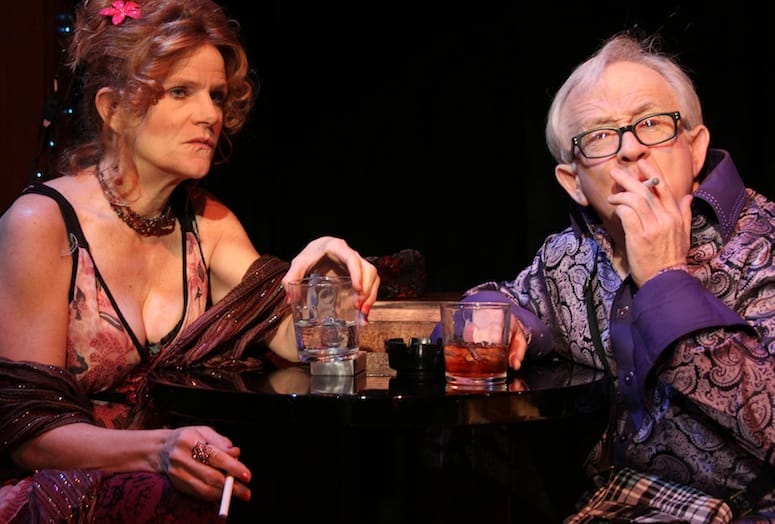 “Sometimes I close my eyes and create a perfect world…a world of acceptance and understanding and love, but I always wake up.”

Soul-shattering words from the lead character, Mark Lee Fuller (played by Emerson Collins, pictured below) in “Southern Baptist Sissies”, a poignant film that explores how four gay boys each come to terms with their sexuality against the backdrop of Southern Baptist church teachings.

The film originates from a play written by well known actor, writer, director and producer, Del Shores, the same creator of humorous projects Daddy’s Dyin’….Who’s Got the Will and Sordid Lives.

According to Shores, “It’s really a film about anybody growing up different and feeling unworthy of God’s love.”

Shores penned the play and produced the film drawing from his own personal journey.

“I live ‘with hope’ – which are the last two words in the film – that by exposing this there will be huge steps toward equality, understanding, and acceptance,” he says.

Palm Springs Life spoke to Shores as he prepares for the film’s screening at the upcoming Cinema Diverse! The Palm Springs Gay and Lesbian Film Festival, Sept. 19-22, at Camelot Theatres in Palm Springs.

The film screens at 7 p.m. Sept. 19 with a prereception at 5:30 p.m. and an after party. Shores and many of the cast members will be present for the prereception and screening.

What messages do you want your audience to get out of this film?

• “Peace and healing for those who have gone through this and realization for some that ‘I’m not alone’.”

• “There is damage being taught in these churches. Being gay is not a choice or lifestyle. In fact, it is your life. It’s the way you were born and who you are.”

• “For those listening in those pews, really, really, do some research and educate yourself. Actually get to know somebody who is gay and listen to a person’s truth. Don’t listen to cherry-picked scriptures that have often been interpreted as hateful. It’s OK to question sermons that ‘villianize’ people who are different.”

This is a serious film about a serious issue. Is there a funny element that audiences have come to know from your other films?

“Oh yes, there is the traditional Del Shores comedy blended in this film because there is a blend of humor and drama in real life. In fact, if there were not comedy relief in this movie, it would be almost impossible to digest.”

There has been so much change in and awareness on LGBT equality and issues since the play was released in 2000. How do you think the film will be viewed today?

“While there has been change and I’ve seen progress during that time, I’ve also seen an activation of those ‘haters’ clawing for survival. It’s as if the strides in equality has added fuel to their fire. These church sermons have just gotten more potent. And kids are still hearing these hurtful messages. It is my hope that in the future, ‘Southern Baptist Sissies’ will someday be seen as a period piece.”

What You Probably Knew About Del Shores or The Film:

• “I have a love affair with Palm Springs. This city has been so amazingly good to me. I even have a star at 538 N. Palm Canyon Drive.”

• “Southern Baptist Sissies has been accepted into 20 film festivals, which tells me there is a reaction and need for this film. Oh, and there was never any question that this festival, Cinema Diverse! In Palm Springs, is our No. 1 festival priority.”

• “I won a GLAAD Media Award for outstanding theater production for the play ‘Southern Baptist Sissies’.”

• “Everything that I have done, writing, producing… is an extension of my acting.”

What You May Not Have Known:

• Shores once had a part on Days of Our Lives as a bartender.

• "My mom was a high school drama teacher and my dad a preacher."

• “I love to perform. I’m a stand up comedian that tells stories.”

• “My Mom gave me my love for the arts, and my own journey within the church definitely comes through in this film.”