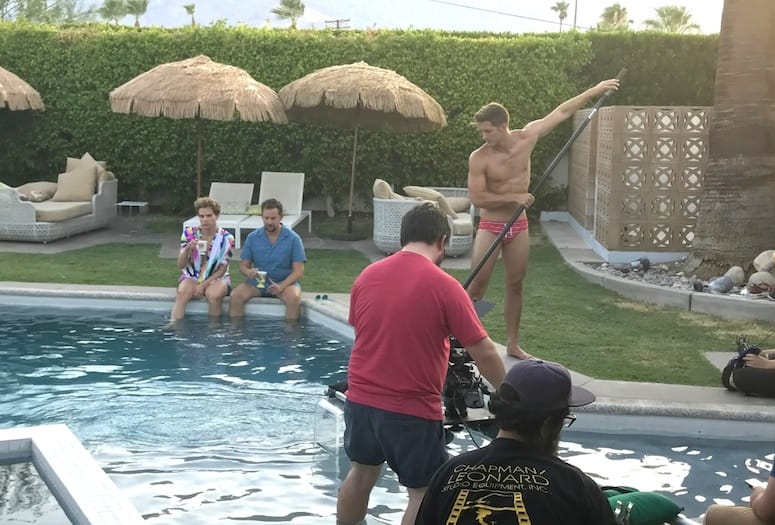 Cinema Diverse, the Palm Springs LGBTQ Film Festival, opens its 10th edition Sept. 21 and runs through Sept.  24 at the Camelot Theatres in Palm Springs and includes a new event, a special Best of Fest, the following weekend, Sept. 29-30, at the Mary Pickford Theatres in Cathedral City.

Cinema Diverse, which began in 2008, was one of the first programs produced by the Palm Springs Cultural Center. This year’s Opening Night program includes a screening of The Untold Tales of Armistead Maupin, a new film by Jennifer Kroot (To Be Takei, It Came From Kuchar). Best known for his ground-breaking Tales of The City books, this remarkable documentary follows Maupin’s journey from conservative son of the Old South into a gay rights pioneer whose novels have inspired millions.

Maupin plans to attend the Opening Night festivities, will participate in a Q&A after the screening, and be available to sign his new book, Logical Family- A Memoir, which will not be available in bookstores until October. He will also receive a lifetime achievement award from Cinema Diverse for his work as one of the world’s most beloved LGBTQ storytellers.

Cinema Diverse continues Sept. 22 with screenings beginning at 11 a.m. in all three of Camelot’s theatres. Ten feature length documentaries cover a variety of topics, including immigration, the struggles of being gay and muslim, the mystery surrounding the death of early transgender activist Marsha P. Johnson, the life of Mexican ranchera singer Chavela Vargas, and more.

Cinema Diverse will premiere its special Best of Fest event, Sept. 29-30, at the Mary Pickford Theatres in Cathedral City with highlights from the 2017 festival, including two WebOUT programs with @REELKEV, featuring arts blogger, Kevin M. Thomas. The series offers hand-picked episodes from all over the web, including the world premiere of the riotous comedy, Persianality.

See the complete schedule and buy tickets at cinemadiverse.org.