Indio is the City of Festval, But Also City of Opportunity 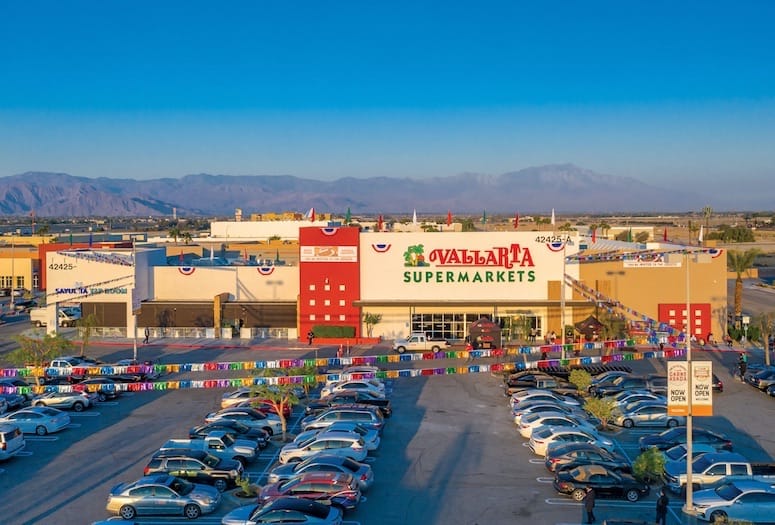 Indio did not slow down these last few months as far as new development is concerned. The Coachella Valley’s largest and oldest city, which turned 90 this past May, continues to experience accelerated, balanced growth. Homebuilding is up; new shopping and dining venues have either opened recently or are scheduled to open soon; a Hampton Inn & Suites opened this past July, and other new business is in development or underway. Yes, the festivals have been temporarily affected by COVID-19, but “the City of Festivals is also the City of Opportunity. We are both,” said Mayor Glenn Miller.

Opportunity for growth in Indio

One company that saw tremendous opportunity in Indio was California-based Vallarta Supermarkets. Cesar Gonzalez, director of operations, learned about the availability of the former Marshall’s building in north Indio at a convention in Las Vegas in 2019 from a Riverside County economic development executive. This meeting led the company to pursue its first Riverside County location in Indio, creating 150 new jobs. It is the 52nd statewide supermarket location for the family-owned business.

“We are pulling out all the stops,” said Gonzalez. “We opted for a new décor package to give this store a more modern look. We are really excited. This is our first supermarket to offer a full-service, sit-down bar. We pride ourselves on not being just another supermarket. It’s the ambiance, the décor, the variety, cleanliness, customer service and an all-around excellent shopping experience,” he said. 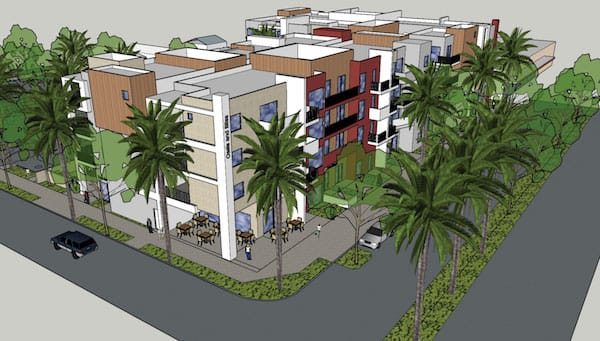 Rendering of mixed-use project at Bliss and Oasis.

“We are always looking for businesses that will make us an even more well-rounded city,” said Miller. “And we want to attract more well-paying jobs like manufacturing and logistics as we have the railroad tracks and the I-10 corridor.”

Opening this fall is an Arby’s at The Palms Shopping Center east of Avenue 42 and Monroe. By the end of the year, a Chipotle restaurant will be serving customers at Jackson Street and Avenue 42. Also, at this location, in early 2021, Dave’s Hot Chicken and Jersey Mike’s Subs will open. For coffee lovers, the popular Dutch Bros. Coffee is brewing development on a drive-through location on Highway 111 near Monroe Street, which also will feature outdoor seating. Construction is expected to begin in January, with a grand opening slated for June 2021.

For the past year and a half, Erick Becerril, a City building inspector, has been utilizing his expertise in city and state regulations as a part-time consultant. “I help new entrepreneurs start their own food truck or catering businesses by guiding them through regulations to set up their business and connecting them with local resources,” said Becerril. He’s also been promoting pop-up dining events in downtown Indio including musical entertainment and art and merchandise vendors. Beginning this November, he will oversee these pop-up events at the Indio Food Park on Miles Avenue in downtown Indio. Initially, the events will be held Friday through Sunday, but the goal is to offer them daily. “Now we have a brick and mortar location where we can host seminars and classes in addition to the food service events. It’s becoming an entrepreneur’s club with amazing support,” said Becerril.

The 93-room Hampton Inn & Suites opened this past summer. 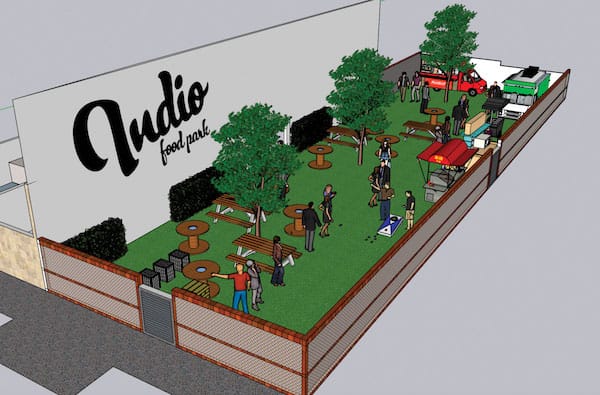 “Indio benefits from being the oldest incorporated city. We have a true downtown pattern that is a walkable core,” said Kevin Snyder, director of community development. “We see more development in downtown, which will blossom into more of a traditional downtown feel.”

As part of Indio’s downtown specific plan, adopted in April 2020, the City completed an extensive environmental analysis that allows expedited reviews for downtown projects. David Schuman of Coachella Valley Development Partners had the opportunity to be the first to submit a project under the new plan. At the corner of Bliss Avenue and Oasis Street, convenient to the College of the Desert Indio campus, Coachella Valley Development Partners is building a four-story mixed-use residential and retail project within the City’s opportunity zone. The top three floors will house 70 apartments with 7,500 square feet of retail offerings below.

“This will be the perfect location for COD students, teachers and people who work in the County buildings,” said Schuman, noting that the newly expanded County Justice Center complex is just four blocks away.

Currently in the design stage, College of the Desert officials have plans to expand the downtown Indio campus, including a three-story classroom building with an adjacent plaza and outdoor pavilion. This expansion will more than double the capacity to 8,000 students. Construction is expected to begin by spring 2021. The college also will be developing a Child Development Center over the next few years on property south of its existing campus building.

Coachella Valley Development Partners also is working with the Haagen Company to develop about 250 residential apartments at the soon-to-be-revamped Indio Fashion Mall, now called the Indio Marketplace on Highway 111. “We want this to be for the people of Indio, for them to feel that it’s their shopping center,” said Alex Haagen, III, chairman and CEO of the Haagen Company. “It’s a young community. They want more of a hip, modern, not a hacienda look,” Haagen said of the design. 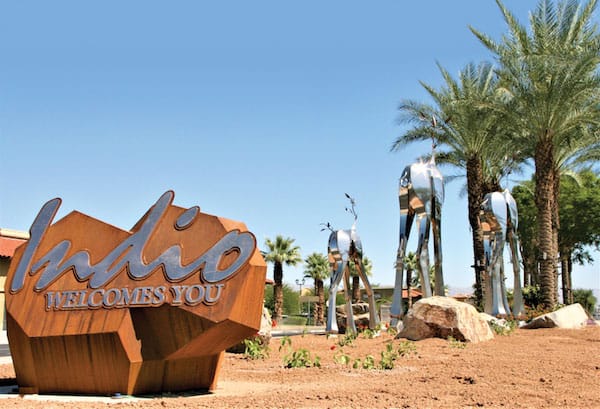 A new monument sign and sculpture by Heath Satow – Sequitur, featuring a trio of majestic creatures – greet people at the City limits on Highway 111 at Jefferson Street.

About 20 years ago, Haagen put in an offer to buy the former the Indio Fashion Mall owned by Miller’s Outpost, but the deal didn’t go through. The property became mostly vacant and run down. The Haagen Company finally purchased the complex in 2018, and with a new invigorated plan, the vision for the 250,000-square-foot space is to create a one-story, community mall with shopping, dining, entertainment, one large or two small hotels, and apartment housing.

“We’re going to invite some local restauranteurs to participate, too, not just chains,” said Haagen. “We’ll also be working with the City to develop a community park as part of our plans,” said Haagen. “We are including things kids will like,” said the grandfather of eight. “We understand the problems with brick and mortar. We are focusing on entertainment and dining elements that will draw people to visit before or after they shop for their needs and stay awhile.”

Post COVID-19, the company is opting to stay away from a previously planned theater and is now focusing on more indoor activities such as a children’s gym with trampolines, rock climbing wall and other indoor activities. “The Indio Marketplace will kick start a lot of development downtown,” said Haagen. “Once someone else does it, a lot more activity will follow as people feel comfortable and safe Investing their money.” Projections are that remodeling will begin in the fall of 2021 and open by fall 2022.

Honoring the past and looking forward

Founded as a railroad town in the late 19th Century, Indio has become the hub of the Coachella Valley and is now approaching a population of 100,000. With the City’s 2040 20-year general plan, officials will continue to guide the City as a vibrant community for the arts, entertainment, education, commerce and quality of life. Opportunity abounds.