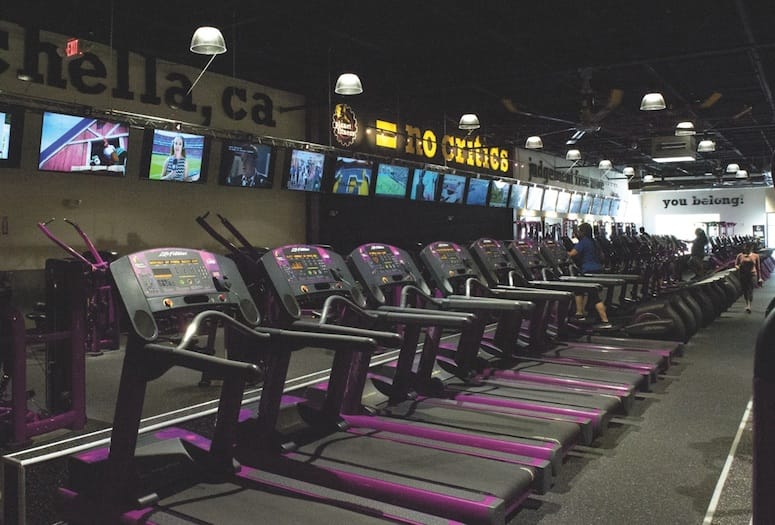 The opening of a Planet Fitness in Coachella has impacted the local economy.
Photos by Taylor Sherrill & Assocates

The response from local residents — several thousand of whom signed up during the first two months — surpassed even Bhatia’s high expectations.

As a Planet Fitness franchise operator, however, Bhatia didn’t invest in Coachella blindly. He first had to obtain the approval of the Planet Fitness corporate office, which reviewed the same demographic and retail sales data that led Bhatia to choose Coachella as the site for his health club. Bhatia also knew something else about the eastern Coachella Valley city:

“Coachella is underserved from a retail and health club perspective,” he says.

“Our local residents typically purchase many of the goods and services they need from stores in other cities because they don’t have the variety of retailers they need in Coachella,” says Mark Weber, Coachella’s economic development manager.

This “retail leakage” means that Coachella’s retail sales statistics do not reflect its residents’ true economic power because most of them are spending a significant amount of their money outside the city.

“Coachella’s economic potential is really a lot higher than most people think,” Weber says. “If Coachella residents were spending their money locally, the retail sales statistics would provide a more accurate picture of our residents’ spending power.”

Government statistics also tend to underestimate Coachella’s average household income — partly because Coachella has larger-than-average families and partly because many of the city’s residents are immigrants from Mexico who work in agriculture and other industries that pay them in cash. Many of Coachella’s immigrant residents do not have bank accounts, as evidenced by the thousands of Planet Fitness members who recently opened accounts at Wells Fargo.

“Coachella residents have a lot more disposable income than people give them credit for,” Weber says.
Bhatia confirms Weber’s observations, noting that a significant percentage of his members are people who previously had gym memberships in other cities.
Other national chains have reached similar conclusions about Coachella, including Sears, Family Dollar, Smart & Final, Warehouse Shoe Store, and Walmart, which all opened new stores in the city over the past few years.

“In reality, we are coming of age,” Weber says. “Retailers are taking notice, and those that are investing are being rewarded.” With more than 10,000 new homes and 1.5 million square feet of commercial/mixed use already entitled, the community is continuing to support retail expansion with its tremendous population growth.

Coachella’s economy is also being strengthened by several multimillion-dollar renovations and expansions in the city’s agribusiness industry, which are providing more than 300 new jobs and providing additional job security for the city’s residents.

Those with new projects include Ocean Mist Farms, which is building a new 18,000-square-foot sorting area, a new 2,600-square-foot administration building, and a 1,222-square-foot addition to an existing cold storage facility on Enterprise Way.

Others with expansion projects include Double Date Packing LLC, has built a new 26,660-square-foot date packing and processing warehouse, a detached 6,000-square-foot freezer building, and is building a 6,145-foot dryer on 11 acres of vacant land.

Anthony Vineyards Inc. is building a 33,540-square-foot freezer addition and a 14,816-square-foot open canopy on the site of its existing facility on Enterprise Way.
Sea View Packing is planning to expand its operations with five new buildings totaling 51,900 square feet.

Meanwhile, the city of Coachella is embarking on $100 million worth of capital improvement projects using grant funding — including construction of a new bridge crossing the railroad tracks at Avenue 52 and Grapefruit Avenue, another bridge crossing the flood channel at Avenue 50 near the expressway, widening of Avenue 54, and a future new I-10 interchange.

Coachella is also investing in green infrastructure. Earlier this year, the city held a grand opening at the Corporate Yard for its new solar-powered carport, which provides enough electricity to cover all of the city’s power needs at that location. The carport has two electric vehicle charging stations that can charge up to four vehicles at a time.

Meanwhile, the quality of Coachella’s planning for sustainable growth has caught the attention of the Southern California Association of Governments, which presented the city with a Sustainability Award for its latest general plan update, which anticipates a tripling of Coachella’s population to 135,000 by 2035.

All of these efforts are taking place along with a downtown revitalization effort that includes a new Veterans Park and plans for a new high-tech library that will help train Coachella’s workforce of the future.

“There is a new feeling of vibrancy in every sector of our economy from agriculture to retail,” says Mayor Steven Hernandez, adding, “Our future is bright.”