Filmmaker Jeremy Corbell says Joshua Tree is "...the Woodstock of UFOs. It’s so ancient out here. It’s like a fourth dimension.”
PHOTO COURTESY OF CONTACT IN THE DESERT

Visitors to Joshua Tree would be hard-pressed not to be affected by the eerie other-worldly quartz monzonite boulders with imaginable faces, a night sky resplendent with brilliant stars, the sense of deep quiet in an area steeped in historical native American habitation, and the wonderful awakening to a sunrise that makes you feel new.

Beyond connecting with yourself, some of those same people also believe the high desert is the best place to communicate with extraterrestrial intelligence. Contact in the Desert, an event billed as the largest UFO conference and festival in the world, runs May 19-22 at the Joshua Tree Retreat Center. 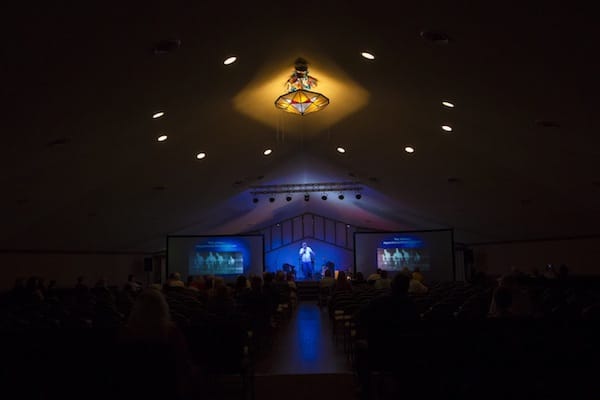 For five years, the curious and the convinced have come to Joshua Tree to hear stories about ancient astronauts, alien microchips implanted in humans, crop circles, natural looking elements that might house nano technology that is robotic, and conspiracies to hide information that could help humans learn about ourselves through connection with other beings beyond our galaxy and mindset.

“It’s the Woodstock of UFOs,” says filmmaker Jeremy Corbell, who moved to nearby Pioneertown to soak up the atmosphere of subjects like these. “It’s so ancient out here. It’s like a fourth dimension.”

Corbell, 40 and formerly of Santa Monica, will join 50 other speakers at the event, including author Erich von Daniken of the bestselling Chariots of the Gods; astronomer Jacques Vallee; Dr. Steven Greer, director of the Disclosure Project; Giorgio A. Tsoukalos, director of von Daniken’s Center for Ancient Astronaut Research; Mike Gravel, a former U.S. Senator and Army special agent; and best-selling authors Graham Hancock and David Wilcock.

“The fact that Jacques Vallee is coming is huge,” says Corbell. “It’s unprecedented that you would have people like this at this event.” Vallee is an adviser to Bigelow Aerospace and is known for being the basis for the French scientist character in the movie, Close Encounters of the Third Kind.

George Noory of the nationally syndicated radio show, Coast to Coast AM, will also join the lineup, which will include panels, lectures, and documentary films in what organizers call “a serious investigation” of the subjects. 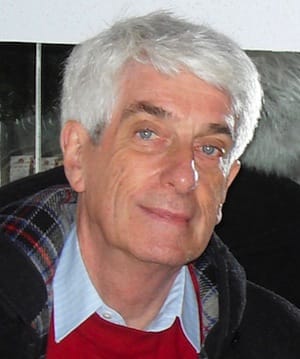 PHOTO COURTESY OF JACQUES VALLEE
Astronomer Jacques Vallee, consultant to Bigelow Aerospace, will speak at Contact in the Desert.

For his part, Corbell will speak on “UFOs: A Clockwork Orange,” based on the concept of the Anthony Burgess book and movie of the same name. “It’s about how something that looks natural is actually mechanistic by nature,” he says.

An investigative filmmaker, Corbell says he was “curious just like any other intelligent human” and “picked up a camera and began banging on doors for interviews.” 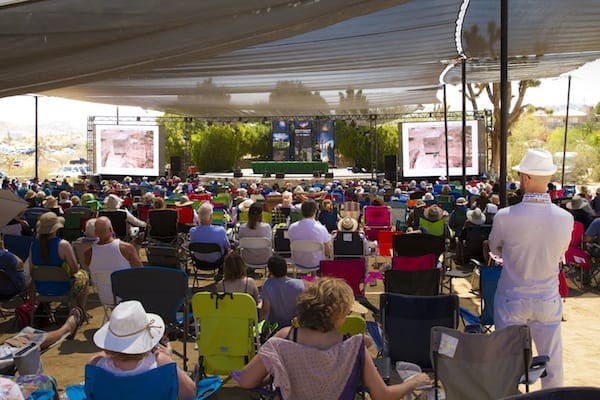 He now travels the world talking to government whistle blowers, scientists, and others. Award-winning journalist George Knapp has been his mentor, Corbell says.

“The sightings and the experiences have only increased since ancient times,” Corbell says. “There’s more understanding now and acceptance of the idea that non-terrestrial intelligent life is engaging humanity. Why they want to engage us is the big question. It appears there’s some sort of educational process going on. Is it like a litmus test to see where we are in our consciousness? It could be extra-terrestrial or extra-temporal or extra-dimensional.”

He would like people to become so curious about claims of non-human visits to the planet that they will be called to action. “Our job is to try to understand it and learn from it,” he says. “Truth is always a worthy cause.”

Contact in the Desert will offer skywatches using military night vision goggles to reveal 50,000 times more light and stars than is possible with the naked eye, according to the event website. The retreat center is an experience in itself, with buildings designed by Frank Lloyd Wright and his son, Lloyd, surrounded by meditation paths, a labyrinth, medicine wheel, tai chi circle and pools. 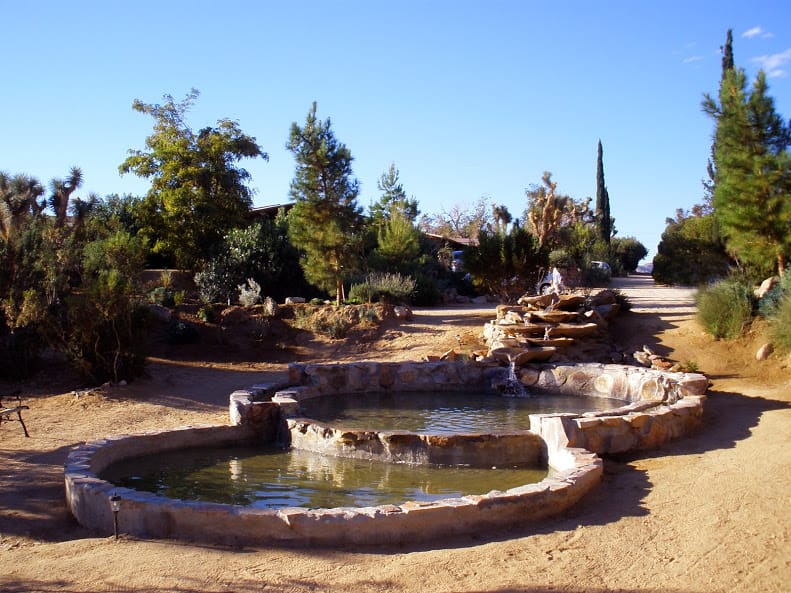 PHOTO COURTESY OF CONTACT IN THE DESERT
The Joshua Tree Retreat Center is believed to be on an ancient sacred site.

Julie Pendray is editor of SpecialsNotOnTheMenu.com an online magazine launched from Idyllwild.