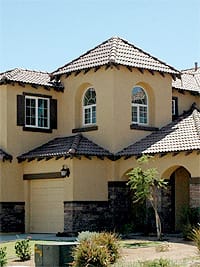 Coachella is proactively building for a bright future full of opportunities. Major community improvement projects addressing everything from traffic circulation to water supply are underway to position the city for the population increase it expects over the next five to 10 years. Mayor Eduardo Garcia, who personifies the city’s youthful vitality, points out that despite a soft economy elsewhere, Lennar and KB Homes are still building in Coachella. “They’re building because homes are selling,” the mayor says. “We continue to be optimistic. We are taking this time to properly plan ahead.”

First and foremost on the agenda is a comprehensive General Plan update to pave the way for land use citywide. With input from residents and the business sector, the General Plan guidelines will direct where future transportation routes will go, where various types of housing will be built and how open space will be secured for parks and recreation areas. It will also insure that land zoned for clean industrial uses will be set aside to maintain a healthy jobs-to-housing balance.

What began as a modest farm town is now a vibrant community of more than 40,000 people and one of the fastest-growing cities in the Coachella Valley. “We are dedicated to a ‘smart growth’ initiative that will make Coachella a prime destination for residents and visitors as the valley’s population continues to the 1 million mark,” says Tim Brown, city manager.

The City Council along with city staff are working one-on-one with the four Native American tribes that have interests in and around Coachella to collaborate on developing community resources for everyone’s mutual benefit. In addition, the city is pursuing federal funding for a combined public library and Native American museum to serve as an educational center and attraction.

The city staff is also addressing the insufficiency of accessible healthcare services throughout the eastern Coachella Valley. Coachella is negotiating with a healthcare provider to bring a medical facility to the community to serve the region’s residents and visitors well into the future.

Coachella is one of five public entities in the valley that provide water and sewer services to residents. The city recently completed a $24 million, state-of-the-art wastewater treatment facility. In addition, it completed construction of 5 million gallons of extra water storage capacity for future growth and long-term service reliability.

Recreation is an important part of the lifestyle in Coachella, where the median age is 26. $8 million is going into the renovation of existing parks and creation of new open space recreation areas. The newly remodeled public swimming pools at Veteran’s Park and Bagdouma Park have reopened, and the renovated Community Center and the Boxing Club are actively hosting events.

Coachella is home to the largest industrial zone in the Coachella Valley. A large part of the hub’s draw is its location minutes from Interstate 10, State Highway 86, a major rail-shipping line, and the cargo-friendly Jacqueline Cochran Regional Airport. Since most of the city is located in a successful State Enterprise Zone, it’s a cost-effective place to do business within a market reach of 25 million people from Los Angeles to Phoenix to Mexicali. The Enterprise Zone recently received a new 15-year designation.

Coachella will be using a $2.5 million U.S. Department of Commerce grant to complete Enterprise Way, opening it up from 54th Avenue to Industrial Way. The improvement is expected to generate 497 jobs in the Rancho Coachella Business Park. One of the business park’s newest tenants is WMI, a mechanical, electrical and plumbing subcontractor that relocated its Palm Desert headquarters to a 38,400- square-foot facility in Coachella.

“We were looking to establish a long-term asset. The city of Coachella’s business-friendly attitude and the Enterprise Zone incentives made it a smart move for us. With the way the valley is growing, we expect to be in the heart of the action for years to come,” says WMI spokesperson David Gajdzik.

On the commercial and retail front, it is companies like Capstone Development Partners that are making sizable investments in Coachella. They’ve already had great success with Jackson Square, a bustling plaza anchored by an Albertsons supermarket and Sav-On Drug “combo” store. Their new Van Buren Plaza will welcome anchor stores Fresh & Easy and CVS drugstore in December. With its distinctive Southwest architecture and design elements, the new plaza is set to become a showpiece.

“The nature of the economy may have changed over the past few years, but we still see Coachella as an underserved audience,” says Ira Schwartz of Capstone. “Our retail centers are well suited to the neighborhoods they supply. We’ve been very pleased with the way the City of Coachella has helped us bring these projects to market.”

Coachella is about to get its first destination hotel — a 121-room Extended Stay Hotel on the north side of Interstate 10 near Dillon Road. The one mile of frontage along both sides of Interstate 10 east of Fantasy Springs Casino and Spotlight 29 Casino is also attracting a great deal of interest for hospitality and specialty retail uses.

When people question City Manager Tim Brown about the merits of living or doing business in Coachella, he has this to say: “I advise people to come take a ride around town and see what we’re doing. We have a clean and modern business park to attract high-paying jobs. We have an active community policing program and neighborhood watch. Most of all, we have the room to grow and a place where everyone is welcome.”