The $3.2 million Grapefruit Boulevard Urban Greening and Connectivity Project, will link people to places where they can walk or bike between community gatherings places.
PHOTOGRAPHY BY CHRIS MILLER/IMAGINE IMAGERY

Long before its name became synonymous with the largest outdoor music festival on the planet, Coachella was a vibrant hometown with the moniker “City of Eternal Sunshine.” With farming at its roots (the Coachella Grapefruit is named after the city), Coachella has grown into an active community covering 29 square miles with a mix of agriculture, light industry, and well-established neighborhoods with plenty of room to grow.

The historic downtown area has been transformed into Pueblo Viejo — a walkable arts and cultural hub with the new Spanish Revival-style library and conference center at its core. A clock tower designed with mission bells in mind anchors the center. The chimes ring out across the plaza. Arches and colorful ceramic tile adorn the library facade to welcome patrons inside.

And just a short walk from the library, the city will open its first net-zero apartment community with a transportation hub offering bus rides on new, green Sunline buses and vanpools in June, 2022.

Coachella is a city that is rife with cultural traditions hosting a myriad of annual events like Dia de los Muertos (Day of the Dead), which is a holiday whose origins are deeply rooted in Aztec beliefs and honors loved ones who have died. Artists paint larger than life skulls, and community members create altars that pay homage to deceased loved ones with bright orange marigolds, flickering candles and photographs of their beloved departed. 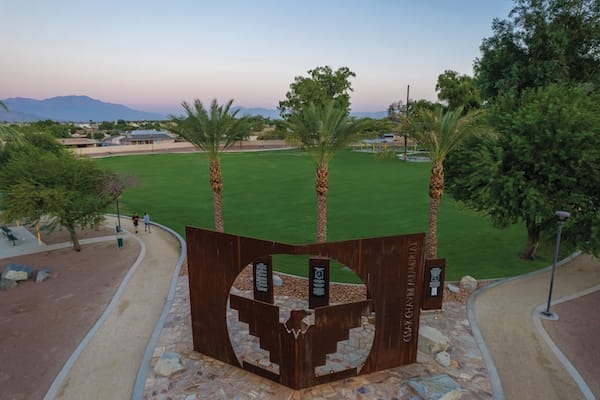 The Cesar Chavez Memorial sits at the corner of Rancho De Oro Park.

Six Instagram-worthy murals dot the quaint downtown streets. Hipsters and architecture enthusiasts alike take Bird Ride scooters around the Sixth Street corridor to admire the art that ranges from bstract to culturally significant. Elsewhere around the city, a variety of works of art are easy to find. The Date Farmers mural was unveiled on Cesar Chavez Day near “El Centro del Trabajador,” or the Center for the Worker, where Chavez spent time organizing farm workers.

Well-established eateries, some of which have been in the same family’s hands for generations — attract locals and visitors with authentic Mexican cuisine, homemade pastries and treats, as well as gourmet coffees and adult beverages. Being in the compact Pueblo Viejo away from the hustle and bustle of modern life is something of a respite — either from daily chores or the frenetic atmosphere of the nearby Coachella Music and Arts Festival. 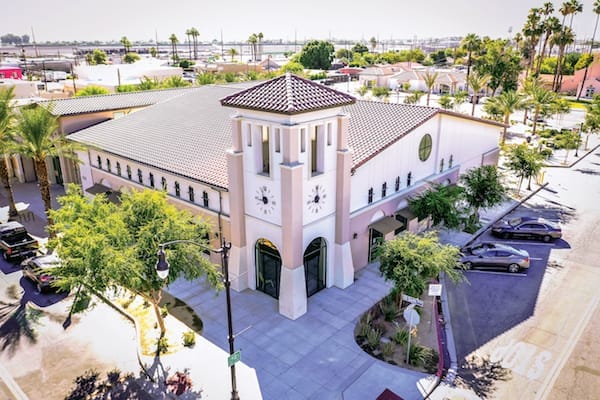 One of the city’s main thoroughfares — Grapefruit Boulevard — shadows the former Southern Pacific Sunset Route that ferried passengers from the cold confines of the eastern U.S. to the welcoming warmth of California. Even today, all roads lead to Coachella as it sits at the confluence of Interstate 10 and Highway 86, making it an integral transportation hub with a market reach to more than 25 million people from Los Angeles to Phoenix and well beyond.

The California Natural Resources Agency granted Coachella a $3.2 million award for the Grapefruit Boulevard Urban Greening and Connectivity Project — the largest award of its kind in the state. The project links people to the places where they can walk or bike between community gathering places such as schools, parks, the library, post office, senior center, and more. Bike lanes, sidewalks, pedestrian crossings, landscaping, shade structures, lighting, and signage are all designed to serve as a valuable urban forest that contributes to human health and quality of life.

The boulevard connects more than 88,000 residents of rural and unincorporated communities to services and activities in Coachella. Our Lady of Soledad Catholic Church that was established in 1923 with seven pews is now one of the largest congregations in the San Bernardino Diocese. Recreation brings families together at Bagdouma Park Community Pool, Dateland Park Skate Park, and concerts like El Grito held at the beautiful Rancho Las Flores Park.

But, it’s not just the youth that have all the fun. The Eleanor Shadowen Senior Center has been serving older adults for nearly three decades. A recent building refresh added dedicated space for the popular “Fit After 50” and “Zoomba” classes. English as Second Language (ESL) classes have their own space, and the main dining room serves up to 120 lunches each day. Every month offers a different celebration. One of the most popular entertainment groups is the Folkloric Dance Group with at least one 92-year-old performer. 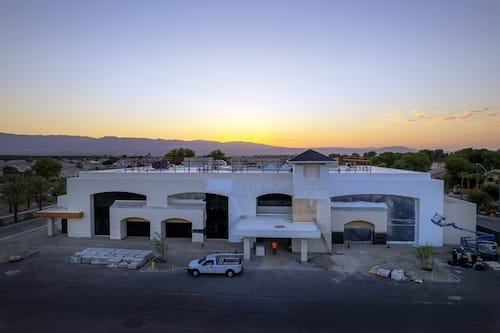 The Borrego Health Center at the corner of Calhoun Street and Avenue 50 is nearing completion.

Unlike other Coachella Valley cities that are known as retirement destinations, Coachella has a median age of 26. “That youthful energy is what’s driving employers and residential developers to take advantage of our available land and ready workforce,” says Mayor Steven Hernandez. “Given the economic and development activity we are seeing now, the City of Coachella is primed and well-poised for the next phase of growth and as the economy opens up and we go full tilt.”

Borrego Health has been providing medical services to rural and under-served communities for many years. The agency is nearing completion of its 41,000-square-foot healthcare center on Calhoun Street and Avenue 50, convenience-close to residential neighborhoods. The clinical site will include a large urgent care center, specifically designed to coordinate with JFK Community Hospital to serve as an emergency room diversion program.

The center will also be home to pediatric services, adult medicine, women’s health, behavioral health, HIV services, dental services, and laboratory services. Space is included for future optometry and radiological services and a pharmacy. Using the same model that has been successful at their other clinical sites, Borrego Health will have a staff of care coordinators who can assist patients with enrollment in insurance programs. 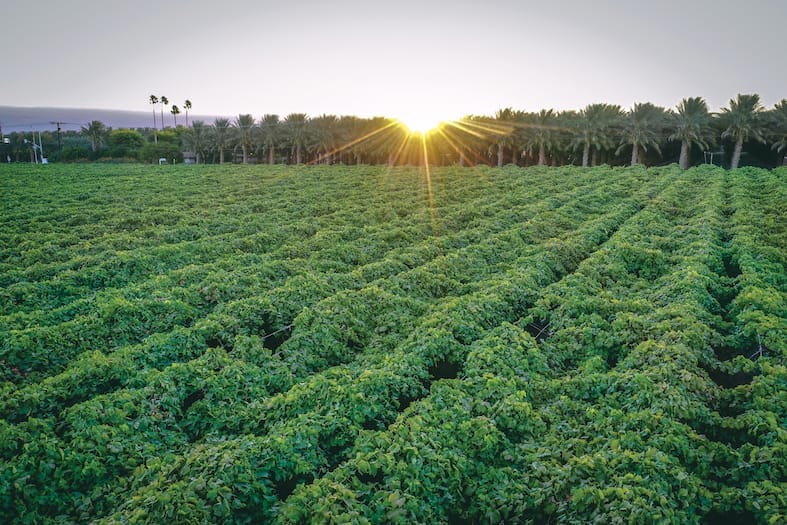 With farming at its roots Coachella has grown into an active community.

Interim CEO, Edgar Bulloch, M.D. says, “It is our hope that COVID numbers decrease so that once the site is ready to open, we can utilize available classroom space for patient health education. We are looking into partnering with other community resources such as the county, Inland Empire Health plan and others to bring more resources such as access to nutrition and cooking classes.” Dr. Bulloch continues, “Borrego Health prides itself on providing access to care for all patients regardless of their ability to pay. We are excited to continue talks with community resources with the goal of making the new clinical site a one-stop site for access to a full scope of quality healthcare.”

Coachella’s recipe for success is a combination of available land; exceptional access to transportation; financial incentives; and a young, flexible labor pool. With 70% of its raw land still undeveloped, Coachella’s story of eternal sunshine is still being written. For more information, visit coachella.org.

• READ NEXT: Palm Springs on Path to Economic Recovery.