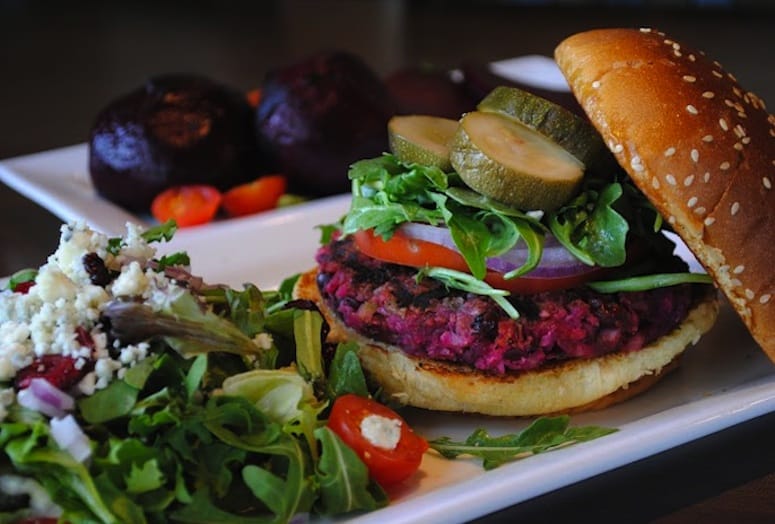 One of the most anticipated events of the year, Coachella Music and Arts Festival, is well-known for its line-up of music artists and the throngs of people who travel to the Empire Polo Grounds from all over the country.

As a music-lover, I view the schedule and load the playlists to discover the sounds of the festival. As a food-lover, my curiosity turned to the restaurants, breweries, and specialty food vendors, as I wondered who would be on site at Coachella 2015 to represent the locals to refuel and quench the Coachella crowds. While there will be plenty of interesting, unique and alternative options from outside the Coachella Valley, here are some of the local food and brew options you can find at this year’s festival. Osso Buco Riblets from Eureka! in Indian Wells will be one of the unique local offerings on-site to fuel festival attendees at Coachella 2015.

Eureka! will be located next to the Craft Beer Barn at this year’s festival, serving up craft burgers as one of six, pop-up restaurants on site. This is their first year participating at Coachella, and Eureka! will be the only restaurant offering  a counter/bar rail with seating for patrons. The menu offerings include Truffle Cheese Fries, Osso Buco Riblets, the Original Eureka! Burger, and a Fresno Fig Burger.  A Veggie Beet Patty is available for substitutions on both burgers. Eureka! has an official Spotify account featuring a “Coachella 2015” playlist and one song from every artist performing at this year’s festival. The full-service restaurant is located nine miles from the festival in Indian Wells. Ruth’s Chris will be one of the returning restaurants with a local connection at the festival. In between sets, get ready for a beef-break and satisfy your cravings for meat in the heat with a Filet Steak Sandwich or the Ruth’s Chris USDA Prime Cheeseburger. La Quinta Brewing Company will be back for a second year in the Craft Beer Barn serving four locally crafted beers. Sundaze IPA is their seasonal spring brew, popular for citrus tones and fruit. If beer tastes run to the darker side, get ready to rock with Koffi Porter, with a higher alcohol content and the rich tones of Rancho Mirage based local coffee bean roaster, Koffi. Poolside Blonde and 111 Pale Ale are lighter bodied brews that will offer a palate cleansing, refreshing sip for music revelers in the desert. CV Brewing Co., boasting a “farm to glass” philosophy, will have some of their most popular selections at the Craft Beer Barn for Coachella fans to tap into.

Fresh off their grand opening in Thousand Palms at the end of the summer 2014, this locally owned and operated brewery features locally grown, sustainable ingredients with an emphasis on farm-to-glass brewing. They use local citrus, herbs, honey and spices with a commitment to supporting local farms and flavors. The sustainability circle continues on to the grains “spent” after brewing, with distribution to feed local livestock, and used to make pretzels, mustard, cheese, soap, and even dog shampoo. Sipping a signature craft beer might make the heat less “brew-tal.” Chef Michael Beckman from Workshop Kitchen + Bar will be one of the featured chef pairings for the VIP Rose Garden dinners offered at this year’s festival.

Chef Michael Beckman from Workshop Kitchen + Bar will be one of the featured chef pairings for the VIP Rose Garden dinners offered at this year’s festival. A coveted VIP wristband means you can be part of this gourmand’s delight with 12 chef pairings this year. Dinners are priced at $225 and include four-courses, a welcome cocktail, beer and wine. Chef Michael Beckman (Palm Springs' Workshop Kitchen + Bar) will be paired with Chef Jamie DeRosa (Tongue & Cheek in Miami) on April 10.