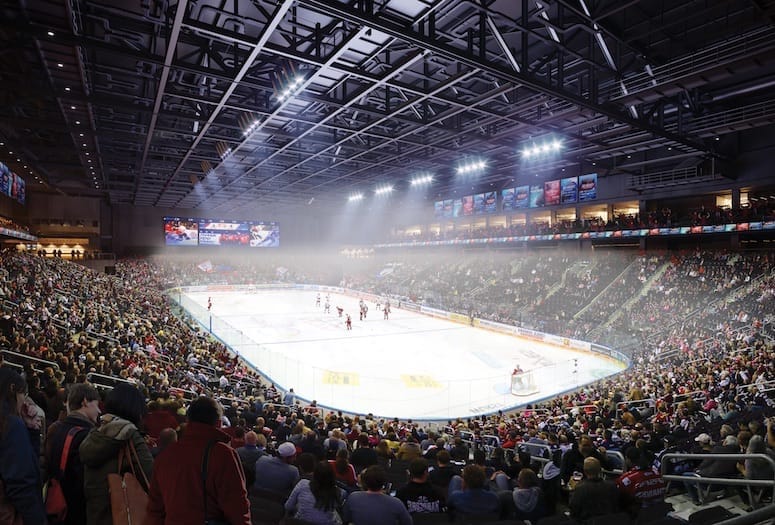 One year from now, if the schedule holds, the new Coachella Valley Arena will propel the local concert and event calendar closer to big-city heights — and lay the ice for the desert’s first-ever pro sports franchise.

Set across more than 43 acres of unincorporated land adjacent to the Arnold Palmer-designed golf course at the Classic Club in Palm Desert, the privately funded, $250 million arena will be home to a yet-to-be-named American Hockey League franchise, which will play about 40 home games a year beginning in November 2022. The team will be the minor league affiliate of the NHL’s Seattle Kraken.

It’s a welcome development for Visit Greater Palm Springs, which promotes the region for business and leisure tourism. In destination marketing, says Scott White, the agency’s president and CEO, “you have to be either constantly improving the attractions you have or adding to the menu of what people can do while they’re here.” 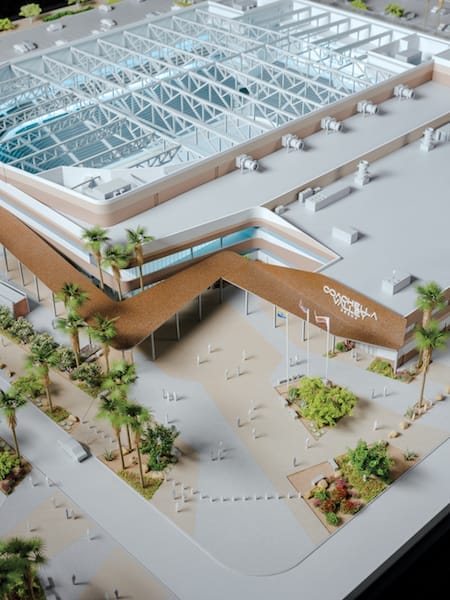 Promising to host roughly 160 events a year — concerts, hockey games, boxing matches, and possibly preseason NBA and NHL games — the arena appears primed to impact a desert economy on the rebound from the pandemic. In late May, a Visit Greater Palm Springs-commissioned economic impact study projected that the arena would generate $141 million annually, while creating about 1,600 full- and part-time local jobs on and off the site.

“From a tourism perspective, our story now broadens,” White says. “The hockey season aligns greatly with our winter visitors coming from the Midwest, [Pacific] Northwest, and Canada.”

From the team’s purview, a fresh franchise in a new arena is ripe with potential.

“It is an opportunity to be able to build something from the ground up,” says Troy Bodie, director of hockey and business operations for Palm Springs AHL. “For people to rally around the club as a first-to-market sports team, something to call their own. It’s a chance to be the big event in town, to really engage the whole Coachella Valley.”

Bodie, a veteran winger who played in 159 NHL games and almost 400 AHL games, with stints in San Antonio, Texas, and Stockton, California, has an informed perspective on sports in small cities.

“What I’ve learned from playing in these non-traditional markets is that there is a demographic of fans out there that maybe doesn’t know hockey that well, and getting them educated on the game, yeah, it might take a little time,” Bodie says. “In the Coachella Valley, I think we’ll have a unique fan base with a lot of snowbirds, along with a lot of people who may have never been to a hockey game. I don’t see it as a challenge; I see it as an opportunity.” 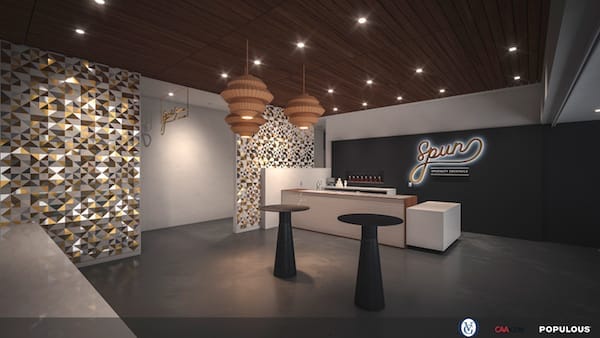 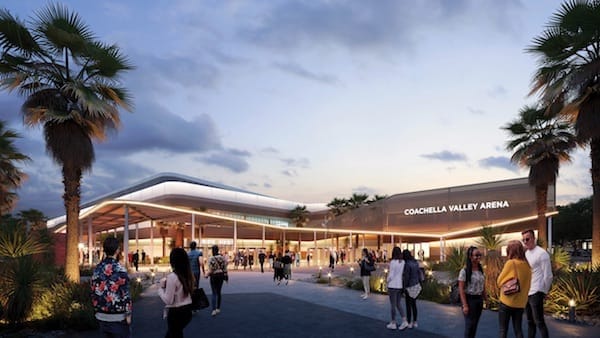 It’s hardly an insurmountable feat. Since the Los Angeles Kings’ 1988 trade for Wayne Gretzky, the Southland, if not the entire Southwest, has shown continued interest the game, even in cities and regions that were once considered non-traditional skating locales.

In the decades since acquiring The Great One, the Kings have refined a model for farming new hockey fans and reaching out to the Latino community. In addition to Spanish-language broadcasts of games, the team’s broad outreach — which includes sponsoring street hockey leagues in L.A. and coordinating ball hockey programs in dozens of YMCAs in the city — has resulted in nearly a quarter of its ticket buyers coming from a Latino background, according to the Los Angeles Times.

In addition to the main ice for the hockey team, the Coachella Valley Arena sports a second, all-purpose rink for community use.

“With the Desert Ice Castle shutting down during the pandemic, that fueled the passions for bringing in this community ice aspect,” Bodie says, referring to what was the Coachella Valley’s only ice rink. “I feel like there’s a duty to the community to not just bring in events and concerts, but to bring something that provides opportunity for everybody. The community rink can do this in several ways, including youth hockey programs, public skating, and figure skating. Outside of building this [hockey] club, the part of this I’m most excited about is seeing what we can do with this community ice.”

For the desert’s hockey venture to score big, the team may take a page from its soon-to-be nearest rival, the Ontario Reign, the AHL affiliate of the Kings since 2015. Preceded by a squad of the same name in the East Coast Hockey League (one level lower than the AHL), Ontario welcomed pro hockey in 2008 to the Toyota Arena. 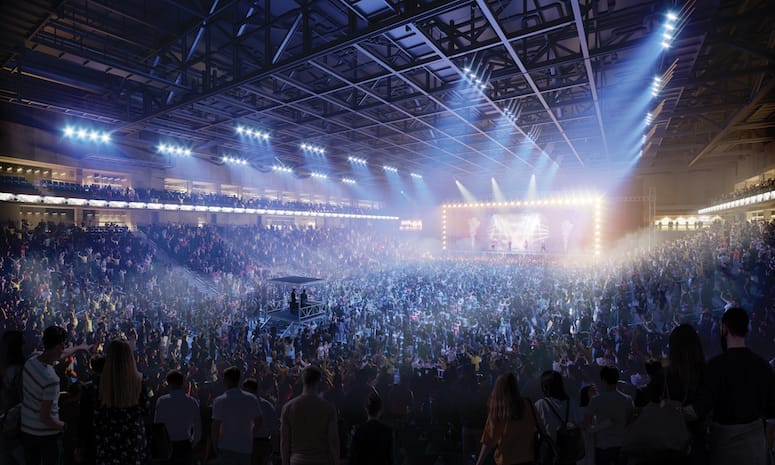 “From the get-go, the team did a great job of getting people excited about pro hockey,” says Sue Oxarart, director of marketing and communications for the Greater Ontario Convention and Visitors Bureau, which also manages Toyota Arena. “They immediately ingrained the team in the community.”

For Oxarart, who worked for the arena while it was being constructed, the team’s biggest score came before the first puck dropped. “The team partnered with local nonprofits, began their own nonprofit, and started going out to youth sporting events and letting people know about the debut,” she says.

The Reign’s fan base is considered provincial, with most ticket buyers driving between 25 to 50 miles to attend games. 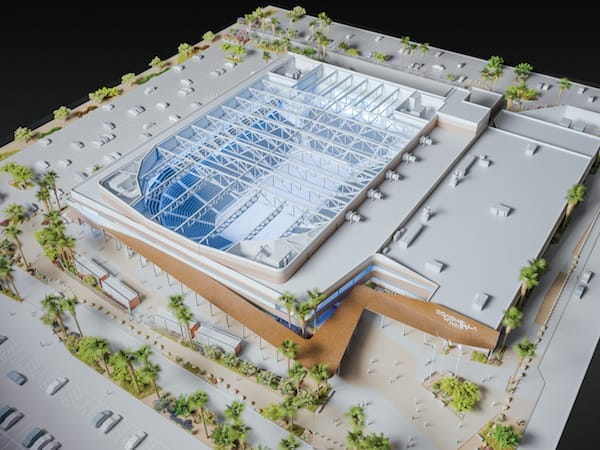 The arena could create 1,600 jobs and pump $141 million a year into the economy, a study suggests.

“I tell other teams that call our arena home to do exactly what the Reign has done,” says Michael Krouse, president and CEO of the Greater Ontario CVB.

“They are a well-oiled machine. I haven’t seen a team in the league that has done it as well as they have, and we’ve benefited greatly from the relationship. They’re part of our community, part of our family.”

Debuting in the AHL a year after the Reign, the Tucson Roadrunners, based in another non-traditional hockey market, has also seen a local vibe created by way of ice.

“Hockey brings an energy to our downtown on game nights,” says Dan Gibson, senior director of communications for Visit Tucson. “There are people all around in hockey jerseys, and it was visible from the start. On a surface level, there are more hockey fans than I think anybody realized.”

The Roadrunners, a minor league affiliate of the Phoenix Coyotes, akin to the Reign, have gained interest and support through boots-on-the-ground relationship building. “The team has connected to the entire community,” Gibson says. “Before games, the mascot is around town. They’ve held lots of events to drum up season ticket sales, and for the first few years, they were giving away tickets left and right. As we’re not a place with ice skating rinks all over, they’ve connected with the youth market by building street hockey rinks.”

The Roadrunners have further scored via demographic diversity, as half of Tucson’s population is Latino. “[The team has] done a very good job of reaching out to the Hispanic community,” Gibson says. “They created an alternate jersey, which is directly intended to market to our Hispanic community; they’ll have a Tejano band in front of the arena before games, and they’ll play Hispanic music during the games. They’ve done a lot of outreach to schools that are predominantly Hispanic.”

Likewise, the Henderson Silver Knights, located 20 miles from its parent team, the Vegas Golden Knights, made its debut in the 2020-21 season. Henderson quickly embraced the new hockey culture following the instant success of Vegas, which reached the Stanley Cup Finals in its inaugural season in 2017-18.

The Golden Knights’ two-rink facility in nearby Summerlin created immediate demand for all levels of skating and ice hockey across Southern Nevada. In short time, the city of Henderson and Vegas ownership partnered to revamp an existing downtown Henderson structure into Lifeguard Arena, a two-rink Silver Knights/community locale that opened in November 2020.

“When the Summerlin rinks reached a critical mass,” says Robert Herr, assistant city manager and chief infrastructure officer for city of Henderson, “we entered discussions with them about our interest in seeing rinks on our east side of town.”

The Vegas success trickles down on Henderson. “The team wanted to have an impact on the coaching and training aspects, so through their programs, it’s been everything from Learn to Skate to open skating all the way up to our Henderson Junior Knights team,” Herr says.

Creating a new sporting tapestry in the Coachella Valley may skate with surprising alacrity. “I recall one of our council members recently diving home and telling me that he saw the neighborhood kids all out in parks with sticks and a net and their street hockey gear,” Herr says. “It’s something you never would have guessed to see out here.”

Eighteen months of construction will yield the state-of-the-art Coachella Valley Arena with two rinks — one for the AHL franchise and the other for community use.

With almost 10,000 seats for hockey and 11,500 seats for concerts, the arena will also include 20 suites, two VIP clubs, and a private club that can accommodates 150 people.

Design firm Populous did its homework in creating a design aesthetic for the desert arena. “We spent a lot of time studying the area in the early stages of the project, looking at local architecture and understanding the colors, the materials, the forms, the vernacular,” says Scott McCracken, architect and associate at Populous. “When you look at this building, you think of Palm Springs, of desert architecture.”

An inside-outside homage to desert living will be immediately evident on entry.

“Being outdoors is, of course, a big part of the valley’s culture,” says Bridget Schmidt, architect and senior associate at Populous. “So, the main concourse is actually outdoors. We’ve found ways to integrate and engage that atmosphere of the desert.”

“We all know that Palm Springs is known for midcentury design, so that was a fun thing to explore,” McCracken says. “Those elements show up on the interior finishes, where we play with pattern and color. The center-ice bars, east and west, are themed around a pool party.”

• READ NEXT: What is the Future of Downtown Palm Springs. We Ask the Key Players.