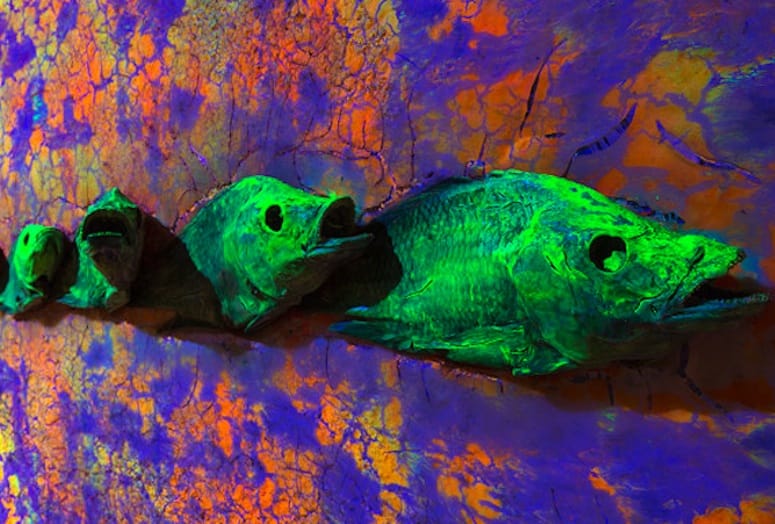 The Palm Springs Art Museum will host the Future Days of the Salton Sea Symposium from 3-5 p.m. Sept. 22 in the museum’s Annenberg Theater, featuring a panel that includes Coachella Valley artist Cristopher Cichocki.

Cichocki currently has an installation at the museum, Desert Abyss: Cycle in Cycle which draws inspiration from the troubled Salton Sea and its surrounding desert geology, landscapes and topographies.

The symposium, which is free to the public with paid museum admission, will gather together several area experts to discuss the faltering Salton Sea, its effects on the surrounding area, opportunities for renewable energy sources, causes for its pollution and suggested measures for its improvement.

The rest of the panel includes:
• Assemblymember Manuel Pérez, the assistant Majority Floor Leader of the California State Assembly and a leading expert on the topic of Salton Sea Restoration.
• Jennie Kelly, director of the Salton Sea History Museum, which spotlights the physical, cultural and natural history of the Salton Sea and surrounding areas while promoting available options for restoration.

Dr. Douglas Barnum, an Independent Expert U.S. Geological Survey, will moderate the panel. Barnum has been responsible for scientific oversight and coordination of Salton Sea science issues, has organized and chaired numerous special-topic workshops, published peer reviewed scientific articles, was the principal editor of the 2000 Salton Sea Symposium Proceedings, and was co-organizer of the 2005 Salton Sea Symposium.