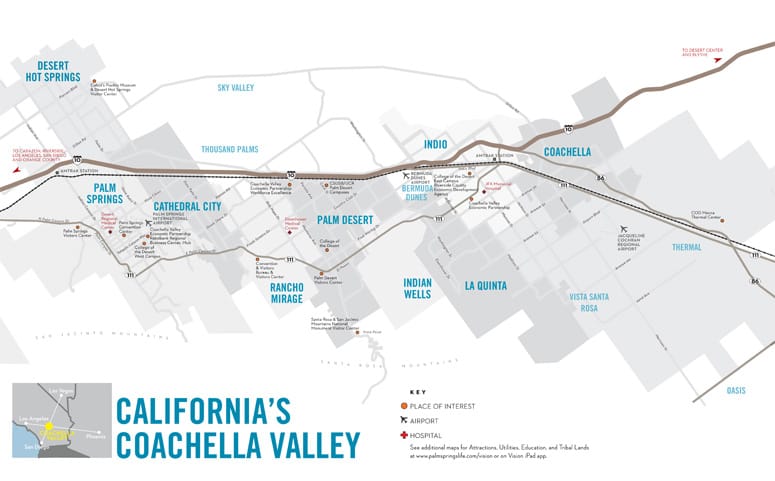 The higher education community in the Coachella Valley includes the two-year College of the Desert, as well as Palm Desert campuses for University of California, Riverside and California State University, San Bernardino. The map also pinpoints the area’s high schools with career academies, as well as other high schools and a delineation of the three school districts: Palm Springs Unified, Desert Sands Unified, and Coachella Valley Unified.