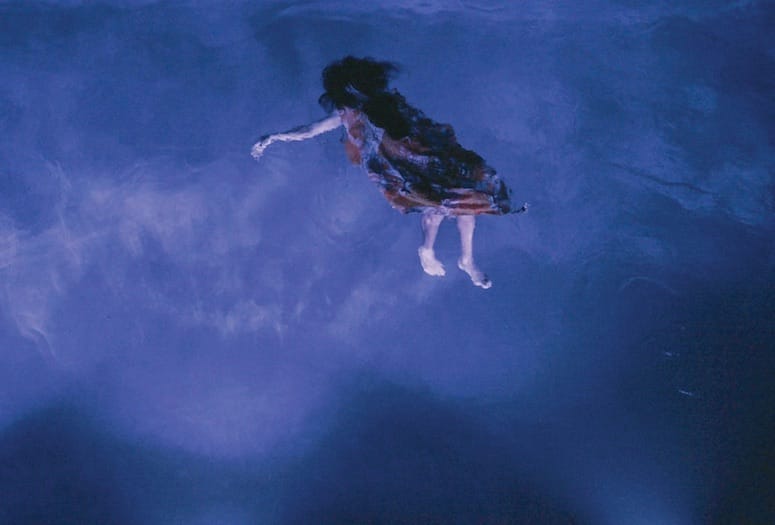 A throng of more than 1,200 people snakes through the lobby of Palm Springs Convention Center. Formally attired individuals huddle in conversation and around tables filled with jewelry; artwork; cellophane-wrapped gift baskets; pictures of luxury resorts; and certificates for spa treatments, private-chef catering, and other professional services. Amid handshakes and hugs, they leave the silent-auction area and enter a ballroom in which they find their places among a sea of tables set for 10. With COVID-19’s social distancing guillotining fundraisers like Desert AIDS Project’s Steve Chase Humanitarian Awards, nonprofit organizations must reformulate what has worked well for years. The stakes are especially high for DAP, whose convention center-size event yields more than a million dollars to support essential services.

Six months out from its February 2021 fundraiser, DAP weighed the potentials of an entirely virtual gala or a hybrid of in-person and online components. The key motivation, according to chief development officer Darrell Tucci, was “balancing the health of the community and the organization’s need to raise money, as well as the community’s desire to support us.”

A “Voices of Hope” online concert in June — with Broadway stars performing from their homes — hinted at what might lie ahead for nonprofits and those who support them. Looking to raise awareness and money for its coronavirus “triage” services, DAP also saw that, two months into an isolating pandemic, “people needed something to cheer them up,” Tucci says. His organization viewed the concert as an opportunity to acquire experience in virtual-space technology well in advance of its annual gala. People could register for free or with a donation to access the concert.

The success of virtual fundraisers produced by organizations that Tucci watches outside of the Coachella Valley offer optimism even if February’s gala takes place solely online. “So long as we can make it interesting and give people a way to connect to the mission,” he says, “I believe they will step up and generously support it.”

Palm Springs Art Museum rebranded its January 2020 fundraiser to focus on one artist (Jim Isermann). That approach stands to benefit the museum as it moves outside of physical confines for its Art Party on Dec. 4. The virtual event debuts a commissioned work by Jeffrey Gibson, a New York-based Native American artist whose sculpture for Desert X was installed at the museum in 2017. 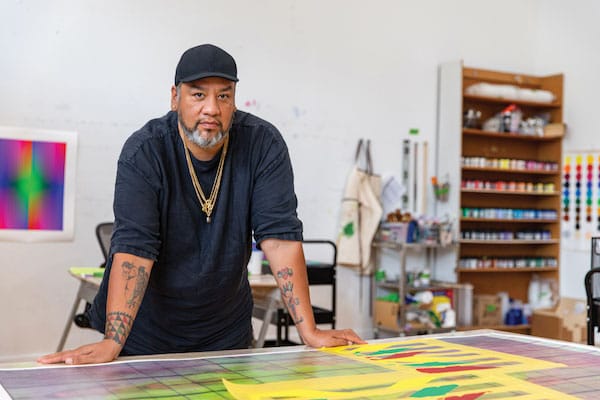 “Palm Springs is an international brand, and partnering with Jeffrey offers a great opportunity for us to reach beyond our local audience,” says Sheri Broedlow, the museum’s chief advancement officer. Last January’s event drew 378 attendees and raised $800,000 after expenses.

“We are modeling revenue the same way,” Broedlow says. Tickets for the virtual event run the same as for the live event ($1,000) “because we believe Jeffrey Gibson warrants that — plus, folks will get a catalog of his work.” Sponsorships start at $5,000, which includes a limited-edition bottle of wine with a Gibson-crafted label. Sponsors at the $25,000 level also receive a limited-edition ceramic piece by Gibson.

“We expect to net not quite as much [as from January’s live event], but something on par,” Broedlow says. “We are looking at a more robust digital marketing component to reach a broad base across the country. We also see this being marketed in a way that you don’t have to view it on Dec. 4. Maybe it could take on a life of its own.”

Unable to present its full-season menu of plays, Coachella Valley Repertory lost sorely needed revenue on the heels of committing to a major investment in a new venue. The 501(c)(3) theater company quickly transitioned to online programming that includes Theatre Thursdays. Registration is free, but donations are requested during the presentations and in a thank-you email. 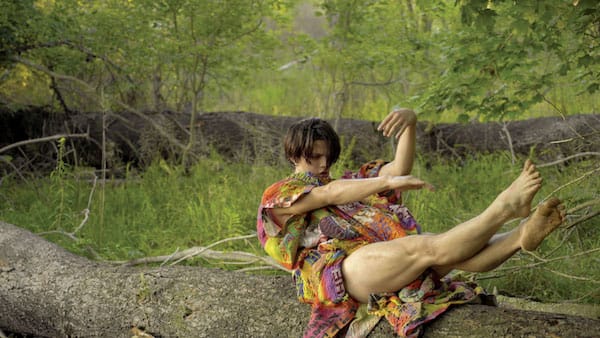 A still view from a recent Jeffrey Gibson performance work.

The challenge is that, while ticket sales supply a steady stream of income, online events grip the unpredictability bar.

The theater’s annual fundraising gala would have taken place in December, as it did in 2019, but was moved to Nov. 12 “because our mortgage is huge and nothing is happening in that building,” Celona acknowledges. “Magic in the Making” was purposefully billed as “a benefit.”

“That had to do with a survey and learning people’s expectations of the word ‘gala,’” Celona explains. “It was not about, ‘Come watch this headliner.’ The concept was a retrospective on CVRep and a behind-the-scenes look at what it is that makes the magic of theater.”

The Nov. 12 program also included awards recognizing theater contributors and a volunteer of the year.

“In normal times, it is always vital to acknowledge those who help make the arts possible,” Celona says. “That is almost twice as important in a time when theater companies are closing down and we are losing many arts organizations around the world.”

Whether virtual fundraisers can generate enough revenue to sustain nonprofits remains to be seen. Like Tucci, Celona has kept an eye on the national experience and heard from two theater companies — in Washington, D.C., and Chicago — that made more money in the virtual space than from a live gala.

“The reason behind that had to do with overhead,” Celona says, referring to “live” costs that run the gamut from venue rental and razzle-dazzle décor to multi-course dinners and drinks to housing headline performers. But those components are an important part of the allure: People like to dress up, socialize, be catered to, and see celebrities in the flesh.

“My gut feeling is that virtual events are something that nonprofits are embracing,” Celona concludes. “And I hope the donor community will embrace them with us.”

Local nonprofits seek Frank Goldstin’s expertise in producing fundraisers with panache. This spring and summer, his Momentous clients assumed a wait-and-see approach to virtual galas. So he came up with a sister concept: televised fundraising that also could be streamed on Facebook Live.

On Oct. 3, The Joslyn Center aired a prerecorded show featuring Broadway’s Ann Hampton Callaway. Goldstin is producing another TV-based fundraiser for The Living Desert, to be aired Feb. 20, 2021.
Viewers, watching on NBC’s Palm Springs affiliate station and online, could donate to the senior center via its website, text, or phone-bank call.

“With a televised fundraiser, compared to anything live, costs are so exponentially less that it is just an incredible opportunity,” Goldstin says, adding that sponsors love the breadth of exposure. “Concurrently live streamed, you can reach upwards of 15,000 people.”

• READ NEXT: Frank Goldstin Shows Valley Nonprofits How to Raise Funds During a Pandemic.