The Gansito at Bootlegger Tiki in Palm Springs.
PHOTOGRAPHY BY NATE ABBOTT

If you’ve been out and about over the past year, you might have noticed the espresso martini is making a comeback. Reportedly invented in London in 1983, the caffeinated cocktail became a staple in the 1980s and ’90s, and then it seemingly vanished from mainstream existence. Then, in 2021, variations have re-emerged on every bar menu in the country. (That last part is hyperbole, of course, but you get the point.) This month, we dig deeper to discover the tastiest coffee-infused cocktails in the Coachella Valley and High Desert.

The only thing better than dipping a biscotti in a cup of espresso after a pleasant Italian meal might be sipping the alcoholic version of a coffee-drenched cookie. Order a Chocolate Espresso Biscotti at Enzo’s Bistro for a velvety and decadent combination of biscotti liqueur, espresso, Frangelico, Godiva dark chocolate liqueur, and a splash of cream. 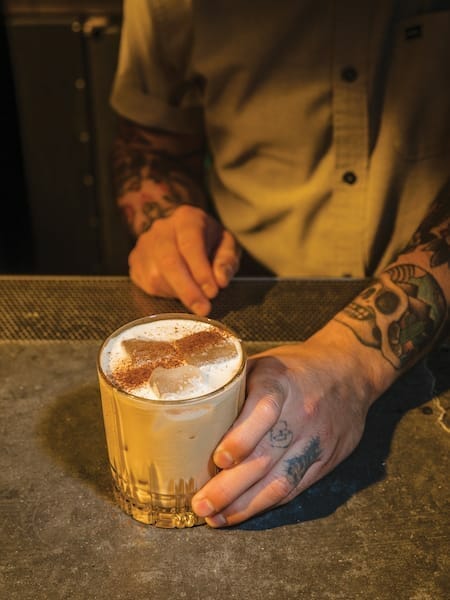 This stylish bar boasts a cocktail menu filled with classics — but every concoction has a special twist. Truss & Twine’s take on a White Russian (a drink that may be in need of a rebrand) subs the usual vodka for Vietnamese-coffee-infused gin and then combines it with NOLA Coffee Liqueur and heavy cream for a smooth finish.

Coffee might not be the first beverage that comes to mind when you think of a Tiki bar. But the cocktails at this intimate hangout are anything but run-of-the-mill. The Gansito is an invigorating blend of Mr. Black coffee liqueur, aged rum, coconut, pineapple, orange juice, and cinnamon syrup. 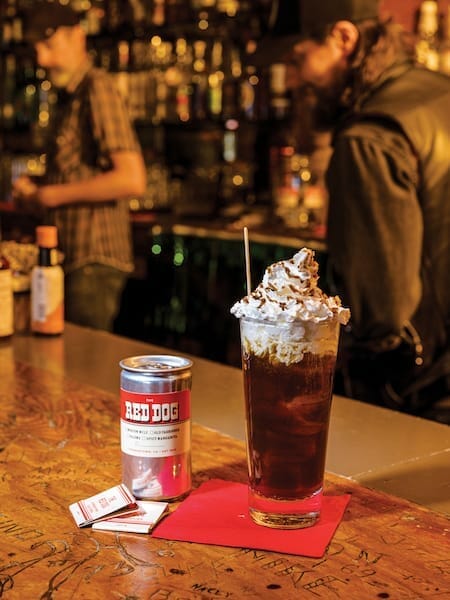 You can bet your boots that Red Dog Saloon serves a buzzworthy coffee cocktail. The High Desert watering hole makes a Cowboy Coffee with Dewar’s scotch, molasses, and fresh drip coffee topped with whipped cream and nutmeg. Pair the perky drink with a couple of breakfast tacos and giddy-up into the day.

Don’t be fooled by the name. The Peanut Butter Espresso Martini from this El Paseo hot spot is not your average espresso martini. If it were, it wouldn’t be on this list! There’s no vodka to be found here. Instead, the bartenders shake up Skrewball Peanut Butter Whiskey, Irish cream, espresso liqueur, and half and half for a sweet after-dinner drink.

• READ NEXT: 3 Unique Desert Dishes You Have to Try.