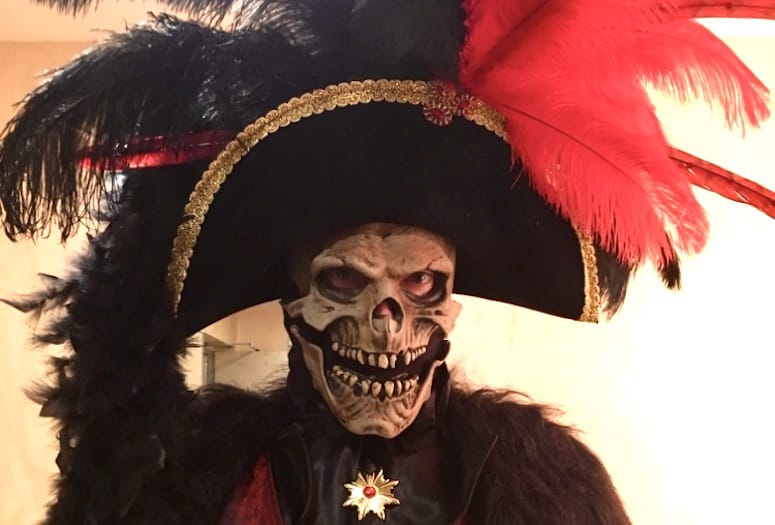 College of the Desert presents Phantom of the Opera this weekend.
PHOTOGRAPH COURTESY COLLEGE OF THE DESERT

You will still see the fog, lightning, and a crashing chandelier, but your imagination will take over from there when the College of the Desert presents Phantom of the Opera, May 2-5, at McCallum Theatre in Palm Desert.

Rather than take on the impossible task of trying to replicate the intricte and elaborate sets for the play, co-director Michael Hadley has brought in a video wall that will have detailed animation projected on it to create the backdrop for the play. This video wall will bring the world of Phantom of the Opera alive through,“fabulous animations to captivate the audience,” Hadley says.

“It's basically a big score board, like the ones you see in Dodger stadium,” adds music director Scott Smith.

Two months in the making, Phantom of the Opera is the final production for director Darlene Romano-Sparks, who is retiring from her duties but will remain on the COD campus to teach. She looks forward to the techy addition to Phantom’s already dynamic production. “Many visual aspects will be left to the imagination,” she says.

Smith loves the energy this production is giving the cast backed by a 20-piece orchestra. “The cast is excited to bring this production alive,”says Smith, who been the music director at College of the Desert since 1995.

The theater department produces a play annually to expose their students to large-scale productions such as Phantom of the Opera. Past plays have included In the Heights and A Funny Thing Happened on the Way to the Forum.