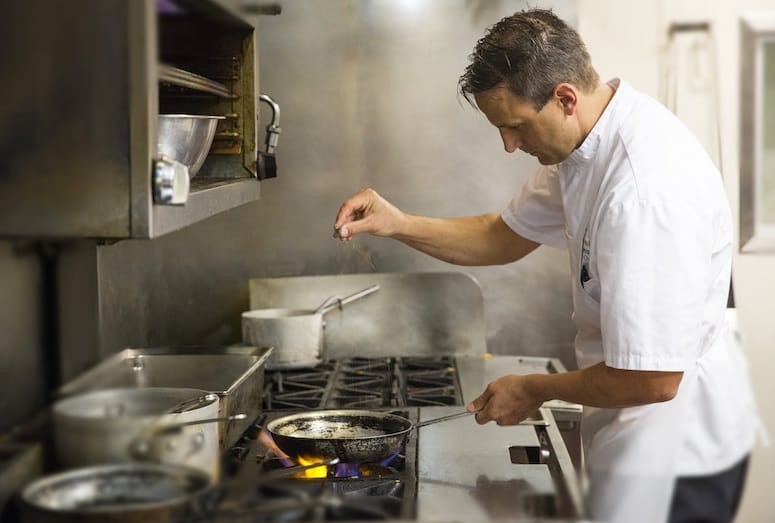 The Colony Palms Hotel has hired Greg Stillman as the new executive chef of The Purple Palm Restaurant, bringing a lifelong passion for food & cooking to the boutique resort.

Inspired by his surroundings, as well as seasonal ingredients, Stillman will focus his efforts on the menus for the Purple Palm restaurant, working with California producers and foragers to incorporate the fragrant fruits and fresh vegetables of each season into his dining experiences. In addition to the new menu Stillman will craft, Colony Palms Hotel’s designer, Martyn Lawrence Bullard, has completed a full renovation of The Purple Palm restaurant including new Moroccan-themed chandeliers as well as ambient lighting within the space, topped off with a refinished bar and cocktail program.

All components are complimented by intricately designed wallpaper throughout the restaurant and private dining room. The renovated aesthetic is further accentuated by the new paint and color scheme carried out in the California infused eatery.