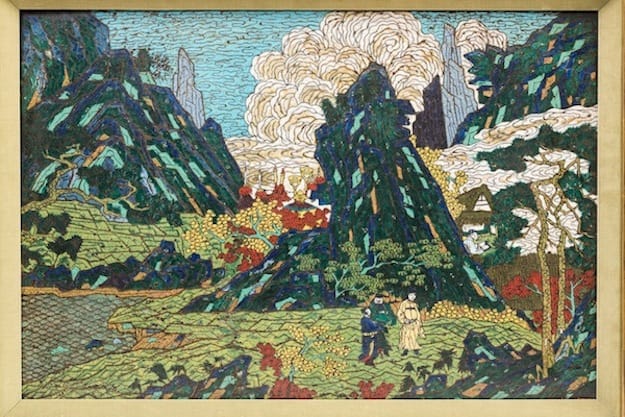 The program, set to run 9:30 a.m. to 3:30 p.m., is the first in a series of Family Days at Sunnylands. Featured will be speakers and hands-on activities including traditional Chinese lion dancers.

Chinese cloisonné is the art of applying colored enamels to the surface of a metal object, creating intricate and decorative designs. The Annenbergs began collecting Chinese cloisonné enamel work in 1966, just as the Sunnylands estate was being completed. Most of the collection of 35 objects was acquired from London galleries when the Annenbergs were living in the United Kingdom between 1969 and 1974 and Walter served as the ambassador to the Court of Saint James’s.

The collection features a wide range of styles and periods dating from the Ming Dynasty to the 20th century and includes furniture, vessels, and decorative figures that became a striking design element throughout the home. The Annenbergs gravitated to bold, beautiful colors, strong graphic elements, and beautiful forms. Both Walter and Leonore were bird enthusiasts and this interest is reflected in an assortment of 12 bird-form cloisonné objects within the collection.

In conjunction with the opening, Béatrice Quette, an expert on Chinese Closionné, will speak on the Sunnylands collection at 2 p.m. Jan. 22 at the Rancho Mirage Public Library, 71100 Highway 111. Quette is the head of education at Les Arts Décoratifs in Paris.