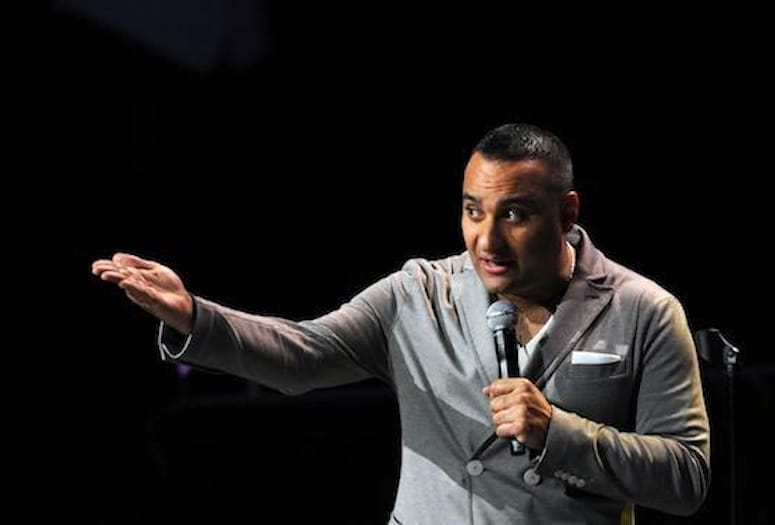 “All kinds of people make me laugh. Will Farrell movies make me laugh. David Koechner.  It’s always funny when an action hero does comedy because they are out of their comfort zone. It’s funny to me…(Sylvester) Stallone in a comedy is quite funny or (Robert) De Niro because he does it so seriously but it comes across as funny,” explains funnyman Russell Peters.

Peters may know what gives him a chuckle, but the comic actor also knows how to get a laugh. The hilarious stand-up, originally from Canada, has been making people smile for years.

• He has a new special, NOTORIOUS, which is anticipated to be the first Netflix original stand-up comedy special.

• He killed it on screen in the film, Chef with his “signature lightening fast improv” skills. On coming to the desert for the first time: “Palm Springs is one of those places that seems mythical to me.”

Peters is also poised to star in a new movie titled Ripped, a story about two stoners that get high at a concert and wake up 30 years later. Russell will play the lead along with his friend and fellow comedian, Faison Love. “The ironic part is I don’t smoke weed. I have to pretend I’m high!” he says.

It’s no figment of the imagination that Peters is riding high on a string of successful projects, so it seems a bit tongue-in-cheek that he’s named his world tour “Almost Famous.”

“Um, because as much as I’m wildly popular elsewhere, America still kind of goes, ‘hmm, I don’t know,’” he says.

Get to know Russell Peters

• “My audience is the most diverse that you’ll see at any comedy show. I somehow appeal to a cross section of people. It is a whole bunch of America out there, and it’s pretty cool to look out and see all these different faces.”

Peters will bring his “Almost Famous World Tour” to the Greater Palm Springs area on Aug. 7 at The Show at Agua Caliente Casino Resort Spa in Rancho Mirage.

“Palm Springs is one of those places that seems mythical to me,” he says. "One of those places you hear about. I picture an oasis in the desert so interesting to see. I’ve never been there. I hear great things about it. I’m excited and very much looking forward to being there.”