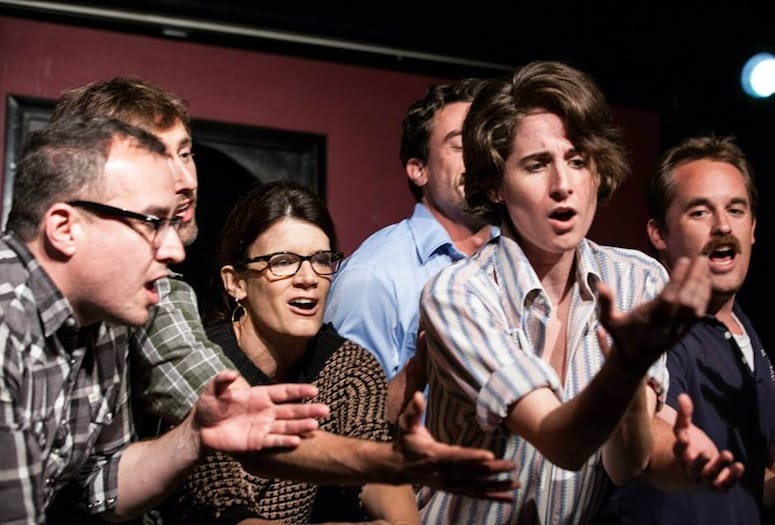 Supposedly, when Jack Lemmon was on his deathbed, he said, “Dying is easy. It’s comedy that’s hard. That’s not far off the mark, according to Chelsea Coleman, a Second City veteran who will direct a workshop at the Joshua Tree Improv/Comedy Festival, July 7-9, at the Hi-Desert Cultural Center.

Coleman’s workshop, “Being Your Real-Ass Self,” challenges participants to push past comfort zones, let go and “allow the magic of the ensemble to take over.” Coleman wants to be a better person and to work on her vulnerability and control. “Ideally it’s about being in the moment,” she says. “ Improv is a safer, smaller way to explore all the things we’re all trying to realize. If you are an airplane pilot and you are told you have to be a cook in this particular scene, you have to let go what it’s like being an airplane pilot, so you can practice letting go in a small way.” 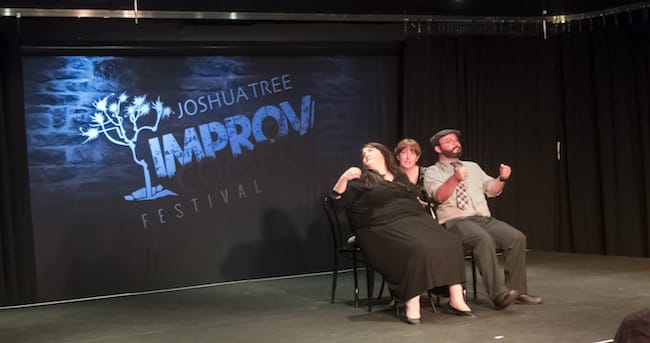 PHOTO COURTESY OF JOSUA TREE IMPROV/COMEDY FESTIVAL
Festival director Jeanette Knight says the high desert has become “a real mecca for artists,” so the improv/comedy festival “is a natural fit.”

Entertainment and workshops by actors whose resumes include appearances on and off-Broadway, at Madison Square Garden, on Saturday Night Live and Modern Family will continue through July 9. Workshops are for beginners as well as experienced actors.

Coleman says workshop participants will learn quickly that unlike stand-up comedy, improv is not always funny. It can be quite serious. “Most of us spend our lives attempting to find joy, contentment, success,” she says. “We are cogs in so many systems, medical systems, government, corporations, etc. Improvisation offers an attempt to not only address how we can exist as individuals, but also how we can exist as a group. If you strip away all the related skills (acting, creating dialogue, directing, blocking, etc.) the naked skill of improv is the belief that what two people can create together is greater than what either could have created alone.”

Festival director Jeanette Knight says the high desert has become “a mecca for artists,” so the improve/comedy festival “is a natural fit.” Knight has worked in Los Angeles and New York, and has been developing a desert improv community since she began teaching at Palm Canyon Theatre 15 years ago.

“A lot of improv is about getting back to our childhood selves,” Knight says. “It’s about listening and visual listening, watching for every movement, moving a scene forward by agreeing with your partner and adding to that, taking leaps of faith, supporting each other. People are starving for human connection. When you work with an improv group, you’re really getting that connection, especially today with phony connections via social media.”

The festival headliner July 8 is Melanie Chartoff, who has created characters and stories for Touched by an Angel, Seinfeld, The Newhart Show and Desperate Housewives.

“If you strip away all the related skills (acting, creating dialogue, directing, blocking, etc.) the naked skill of improv is the belief that what two people can create together is greater than what either could have created alone.”Chealsea Coleman, comedian, improv instructor