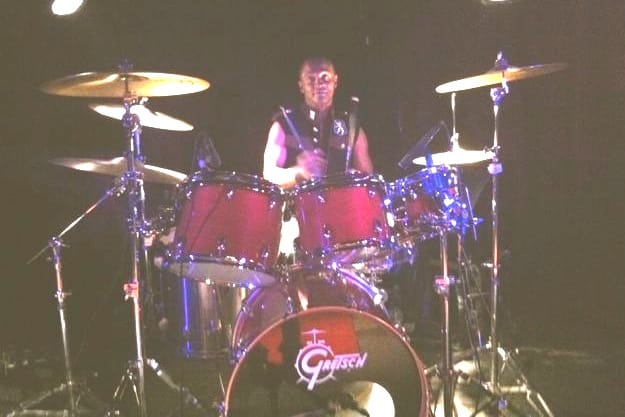 Upon hearing of the tragic death of his friend and Palm Springs resident, Joey Covington, legendary drummer Alvin Taylor reached out to Covington’s family to put together a special tribute performance in his honor.

“I wanted to take the time to do something special to keep Joey’s legacy alive and remind people of some of things he did,” says Taylor, a Palm Springs native.

Covington was killed June 4 after the vehicle he was driving crashed in Palm Springs.

For Taylor, “it means honoring the legacy of someone I found to be very special in my own life, but someone who has contributed so much to our musical community, the entertainment industry and the world.”

Tribute Concert
Taylor has hand picked musicians for the “Joey Covington All Star Band” to remember his friend at 8 p.m. Aug. 31 at The Hood Bar and Pizza in Palm Desert.

Bishop Robert Taylor, pastor of New Vision Church as well a bishop of the New Vision International Ministries, will speak a word of comfort and encouragement to family and those in attendance accompanied by gospel artist, Jai The Gospel Artist.  Referencing the famous Righteous Brother’s song, “Rock-n-Roll Heaven”, Taylor reflects, “We want this to be a going home celebration because while we are saddened, we know where he’s at and we know we will see him again.”

Covington’s most famous songs:
1. Hit single as a solo artist, “Your Heart Is My Heart”
2. He co-wrote the award winning and multi-platinum hit, “With Your Love”, in 1976 for Jefferson Starship.
3. He co-wrote Papa John Creach's only top 40 hit, “Janitor Drivers A Cadillac”.

“Rock of Ages”
Covington often shared his talent and love of music with his Palm Springs pals, mixing with musician friends and taking a turn at the drums.

"Through the years, Joey and I would often see each other and became acquaintances," Taylor says. "Years went by and when I decided to open up ATM (Alvin Taylor Music) Productions here in the desert, I ran into Joey at the Palm Canyon Roadhouse ansd we began talking and remembering." Taylor (pictured right) grew up listening to hard rock music with Vanilla Fudge, Led Zeppelin, and Jimmy Hendrix. Influenced early on by legendary jazz-age drummers and bandleaders such as Gene Kruppa and Buddy Rich, the latter widely thought to be the “worlds greatest drummer”, Taylor also drew inspiration from contemporaries Keith Moon of The Who, John Bonham of Led Zeppelin as well as Covington.

“In drumming you basically had to listen to develop your own style,” he says. “These guys paved the way to let me know, ‘I can do this’. Covington and I influenced each other. There was no way not to be affected by each others different drumming concepts and background.”

Covington and Taylor’s careers intersected at different times riding the ups and downs of the business. They even swapped gigs with Taylor opening up for Jefferson Starship at one point only to have the tables turned a few years later to have Taylor as the headliner with Covington’s band opening up for him.

Taylor’s career as a legendary drummer, musical director and producer has spanned 45 years with hundreds of Gold and Platinum records. He has played for some of the biggest names, such as Elvis and Little Richard, Elton John, George Harrison and Cher, and he is currently writing a book about his life while serving as Chairman of the Board for ATM Productions developing new artists.

Why you won’t want to miss this event
• Amazing musicians, legendary performers and celebrities
Featured artists, just to name a few, include percussionist and founding member of KC and the Sunshine Band, Oliver C. Brown; famous guitarist Riki Hendrix, cousin of the late Jimmy Hendrix; and Ronnie Lee, songwriter for all-girl band, The Runaways.
• Emerging artists
Rub elbows with singer Sara Groban, cousin of famed artist Josh Groban, as well as Adon Icon, who will release his “hip pop” single, “California Gold”, on Oct. 18.
• Give back
23 percent of ticket proceeds go to The Well in the Desert, which feeds the poor and needy in the Coachella Valley-Palm Springs Area and a portion to Lauren Taines (Joey’s widow) for funeral expenses. Musician Slick Aguilar, guitar player from Jefferson Starship, will also receive a portion to assist with his liver transplant.
• Special Guests and Surprises
While he may jam locally, unannounced, this might be a once in a lifetime chance to see Taylor perform live. “ I really don’t want to reveal anything because it’s like saying I have a special birthday surprise for you and I’m bringing you a chocolate cake. I don’t want to reveal anything…its supposed to be a surprise. You’ll have to come see the Tribute to find out.”