Conor O'Farrell Is Good at Being the Bad Guy in TV, Film 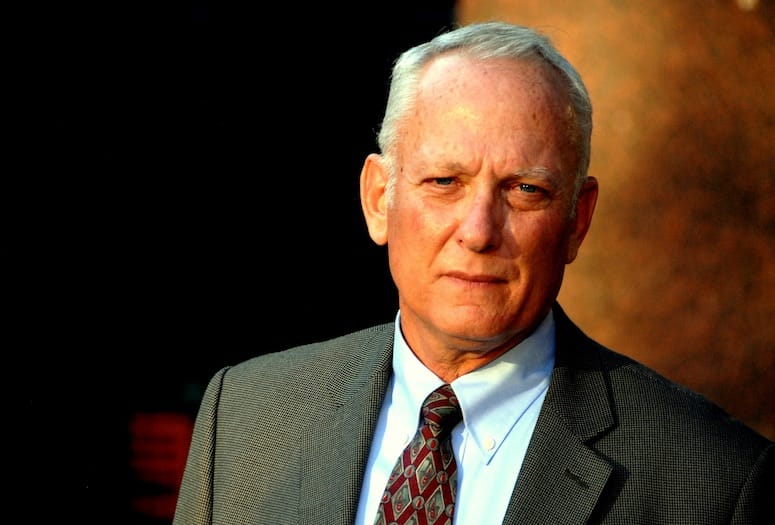 Conor O'Farrell: "I think it’s my Irish temper. I can go from 0 to 60 real quick, and it works for the bad guys."
PHOTOGRAPH COURTESY CONOR O'FARRELL

He's played serial killers, pedophiles and corrupt wardens. He never got to kiss the girl, and no one has ever asked him to take his clothes off. But Idyllwild resident Conor O'Farrell is a 30-year actor on stage and screen, who is best known for his roles on CSI: Crime Scene Investigation (2000), The Pacific (2010 miniseries), and Game of Silence (2016).

O'Farrell admitted that he's grown tired of the bad guy roles that have defined his career, and are now affecting his personal life. "I think it's my Irish temper. I can go from 0 to 60 real quick, and it works for the bad guys," O'Farrell says before a packed room at the Idyllwild Library recently, part of the library's "It's Showtime!" summer reading series.

When O'Farrell was coaching a soccer game in nearby Hemet, the other coaches asked to meet with him before the game began. They said, "We just saw you on TV last night as a pedophile, and we just want to make sure that was just acting, right?" "You've got to be kidding me," was O'Farrell's response.

O'Farrell has lived in Idyllwild for the last 25 years, raising three kids. "It was a great place for them to grow up," he says. "I used to give them $5 dollars to go to the Candy Cupboard by themselves. It gave them confidence and I knew they would be just fine."

He bought his first house, a $125,000 two bedroom saltbox flat with one acre the first day he arrived in Idyllwild. "It was a hell of a risk because I only had about $10,000 in the bank," he says. "As an actor, you don't have a regular job, and I had to show income." 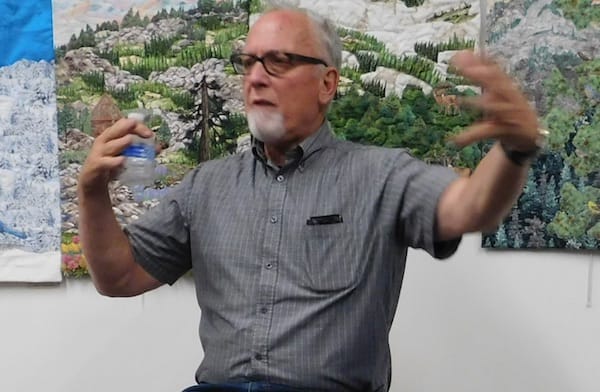 Conor O'Farrell talks about his acting career at the Idyllwild Library recently.

O'Farrell convinced a writer friend who had a production company to write him a check (after he gave him the money) indicating that he was working for him. O'Farrell chose Idyllwild after looking at other places like Big Bear and Ohai. "I just had to get out of Los Angeles,” he says. "Idyllwild is the longest place I've ever lived. I’ll probably die here."

Tim Lounibos, who plays in the recurring Bosch series, happened to be in Idylwild at the time of O'Farrell's library lecture. "Conor and I are journeyman actors who play a good role and are just nice guys," Lounibos says.

The two met at an Idyllwild coffee shop when O'Farrell noticed Lounibos' Bosch hat. Lounibos says that O'Farrell's comments about the state of the industry were "dead on." "The movie industry had changed a lot over the years," O'Farrell says. "They're breaking up the unions and everything is a house of cards. You have to book your own flight and hotel and then get paid to scale."

O’Farrell says he always shows up early, knows his lines, and is reliable. "Now it's about how many millions of followers you have on Twitter," he says.
When the Game of Silence pilot premiered, the public relations people encouraged the actors to tweet about their experiences. "I had two followers on Twitter, and one of them was my daughter," says O'Farrell, who had a flip phone until just recently. "I didn't know what to say. We were watching ourselves on television for God's sakes!" 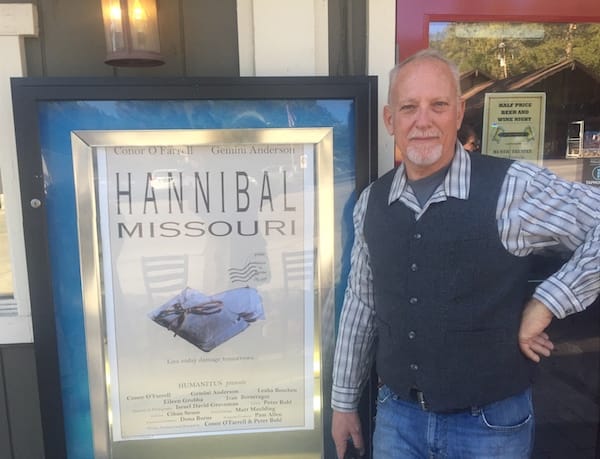 Over the years, he was lucky to meet and work with many famous actors, including Karl Malden in Back to the Streets of San Francisco in 1991. "Karl was my hero growing up," O'Farrell says. "He was of that era, the consummate professional."

Yet, O'Farrell was surprised to see Malden working with a line coach on the set. He asked the coach why, and he said that, at age 76, Malden's memory wasn't that great anymore, and he didn't want to embarrass himself by missing a line. "Not only did Karl know all his lines, but he also knew everyone else's," O'Farrell says.

Besides all of the Hollywood anecdotes, O'Farrell spoke about a lonely West Covina childhood without much direction, going to college and giving acting a try, getting serious as an actor at age 30, and how much he enjoys performing in plays over television. "With plays, you have to project your emotions," O'Farrell says. "If you do a slight smile like you would on TV, it's missed by the guys in the back row."

As much success as he's had on television, O'Farrell says he's never been comfortable with its extreme close-ups, with the camera six inches from his face, and not many rehearsals.
"They just block off the scene where they tell you to walk from point A to point B, and that's considered a rehearsal," he says. "With plays, you get 6-to-8 weeks of rehearsals, so you have your role down pat. But the problem with plays is that during the long runs, it's hard to sustain your emotions."

He admitted to "cheating" where he bottled up his real emotions, and saved them for the show. O'Farrell was playing the 58-year-old actor Gustin Novak in Saturn Returns at the South Coast Repertory Theatre. Earlier that day, O'Farrell went to visit a good friend who was dying in the hospital. He sat with him for a few hours, remembering what a kind man and a strong mentor he was to him.

"I didn't cry when I left, and frankly, I don't think he would've minded," O'Farrell says.

At the afternoon matinee, O'Farrell was weeping while reciting his lines.

The one role O'Farrell would love to play is Barrymore, a one-man play about John Barrymore's last days. At age 63, O'Farrell thinks he wouldn't be able to memorize all those lines. Of all the card-carrying members of the Screen Actors Guild, only about five percent make $5,000 year as a professional actor, says O'Farrell. To fill in the gaps, O'Farrell would bartend and wait tables at places like Morton's. One couple he was waiting on insisted that they knew him.

"When they came to the realization that they had seen me on TV the night before, they asked incredulously, 'What are you doing here?'"
O'Farrell says, noting he was able to work in Los Angeles and survive because of the low housing costs in Idyllwild. "I've bought three houses here and the most I've ever paid was $161,000." 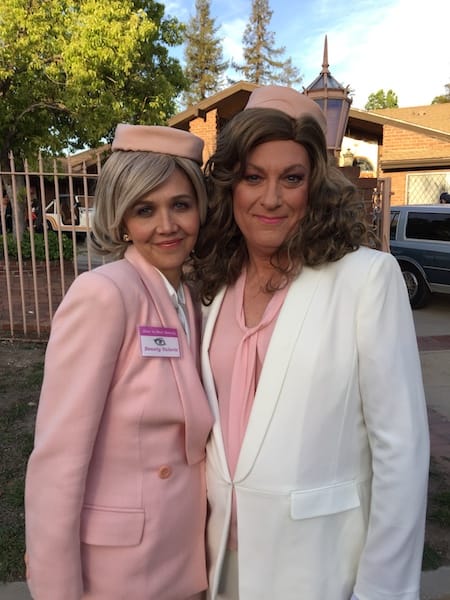 Conor O'Farrell (right) dressed up in drag for the film, Beauty Mark, with Maggie Gyllenhaal (left).

Sometimes, for longer show durations, O'Farrell would live on a sailboat and pay a $300 monthly slip fee. Then he would sell the boat. O'Farrell faced challenges during his career, but a book on the brain, The Happiness Hypothesis, helped him stay positive. "With self talk, the brain doesn't know the difference between what you say and reality," O'Farrell explains. "So now my response to anyone who stops and asked me how things are going, I say, 'I have no complaints.'"

O'Farrell says he got what he wanted out of his long acting career. "When I started out in this business, all I wanted to do was make a living and be able to spend time with my three kids growing up," O'Farrell says. "By living in Idyllwild, that's what I got to do. I have a great life."