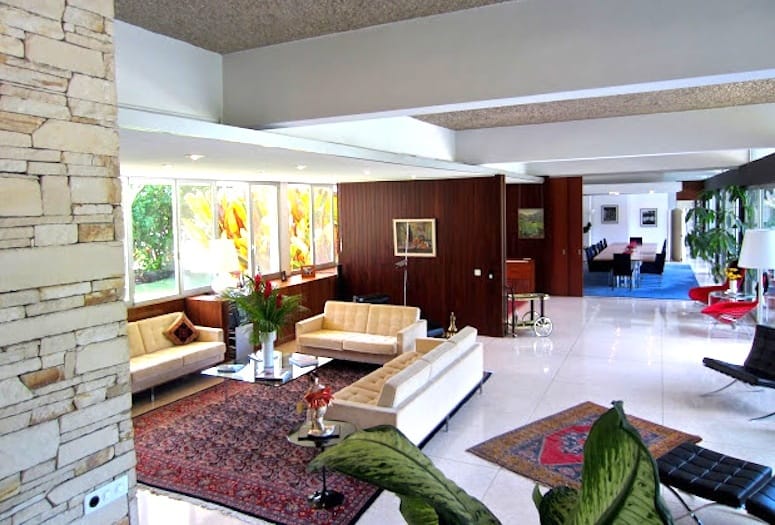 Adventurers and architecture enthusiasts may want to brush up on Cuban slang and salsa dancing.

Modernism Week is expanding its offerings and hosting an educational trip to Cuba where participants will explore the country’s modern architecture in the land of cigars, rum, and Ernest Hemingway.

The Havana Tour is scheduled for April 10-18, and developed as a tie-in to Modernism Week’s three-part Cuba lecture series being presented on Feb. 13.

Enthusiastic interest and growing attendance at Modernism Week has event planners thinking beyond the boundaries of a single week. “Modernism Week has grown to a point where we’re coming up with creative ways to expand our reach,” says Chris Mobley, owner of Just Modern, and chairman of the board for Modernism Week. Mark Davis, a board member and treasurer for Modernism Week, came up with the idea to host a cultural education trip to Cuba.  “Since November when President Obama relaxed restrictions between Cuba and America, Cuba has been a major topic of interest,” says Davis. “The more I talked about it, the more others said they wanted to go too, so it seemed a no-brainer.”

Participants will take a step back in time when arriving in Havana, one of the few cities left on earth without modern day fixtures like Starbucks and fast food chains. Leading the group will be Rosa Lowinger, a U.S. based scholar and art conservator with notable Cuban contacts, including renowned modernist historian Eduardo Luis Rodriguiz and documentarian Nicolas Quintana, who will both share their knowledge and experience during the tour. Habana Viejo with the Capitolia Building. The blue structure in lower right is Telegrafo Hotel, where the Modernism Week Tour participants will stay.

Havana is considered one of the most architecturally diverse cities in the world, with five centuries of colonial Havana mansions and cathedrals, Moorish and Spanish influences, grand historic theaters, and midcentury modern architecture built from 1925 to 1965. The trip will also include visits to sites not open to the public, including a tour of the Swiss ambassadorial residence, a 1956 Alfred Schulthess home designed by Richard Neutra.

Other “must see” excursions are on the itinerary:  An evening at the famed Tropicana Nightclub, visits to Hemingway’s fishing village, Cojimar and his farm estate, the sugar mill and company town ruins of chocolate titan Milton Hershey, the Wilfred Lam Center of Contemporary Art, and a handmade paper and book company in Matanzas.

The pre-paid package, just under $5000, includes airfare from Miami to Cuba, most meals, one night in Miami, five nights in Havana at the 4-star restored Hotel Telegrafo and two nights at Varadero Beach at the 5-star Melia Varadero. The tour operator will be Cuba Travel and Tours, a company that has overseen travel arrangements for multiple cultural organizations and museums.

“I get very excited about this,” says Davis. “It opens up a different part of travel, and information you might not have access to otherwise. I would love to see an ongoing travel program as part of Modernism Week.”