The 28-room Holiday House dates back to 1951 as a single-story resort designed by Herbert Burns.
PHOTOGRAPHS COURTESY OF HOLIDAY HOUSE

If the triumphant return of the 28-room Holiday House hotel does nothing else, it confirms the ascension of the historic Tennis Club district of downtown Palm Springs to the height of the desert’s boutique hotel firmament. Of course, the hotel was there all along, but now it’s been spruced up like never before.

When it opened as a single-story hotel back in 1951 it was as the Holiday House; the second floor was added in later years. Architecturally you might say it was an unexceptional addition to the neighborhood, the Herbert Burns design conspicuously lacking the drama common to the creations of midcentury modern wunderkinds like John Lautner.

Just a couple years ago when it was still called The Chase Hotel, it conveyed little architectural significance.. It was just sort of there, a big hunk of ho-hum on the corner of Arenas and Belardo, one short block north of Palm Canyon Drive.

But that changed last year when Sparrows Lodge owners Jeff Brock and Richard Crisman bought the property and put it on a fast track to total transformation that took a mere nine months. “I look forward to being nice again,” Brock quips inside the petite, blue lobby where vibrant artworks by Hockney and Liechtenstein vie for your attention.

VIDEO: See how the Holiday House has stayed true to its 1950s roots with a reboot. (Video by Steven Salisbury).

So does the even bluer, practically oceanic library nook, where a rendition of Bowie’s Aladdin Sane cover by Mr. Brainwash hits you across the brow while too-cheeky-to-print faux memoir covers by artist Harland Miller provide yet more distraction from actually reading a book.

If it took a heaping measure of exactitude for Brock to get the Holiday House to the breezily posh spot where it is now, guests will doubtless be appreciative. “The feel is still 1950s, but updated,” Brock says. 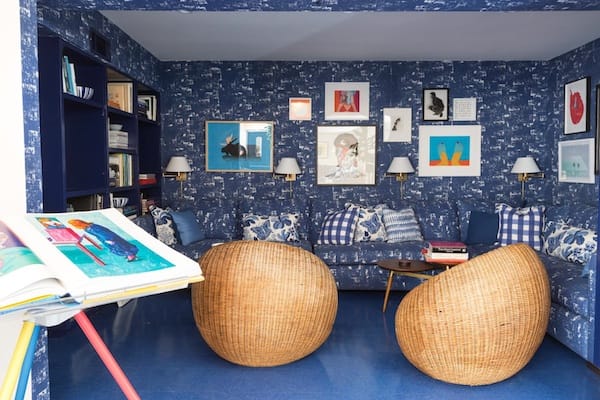 Holiday House encourages its guests to read and interact with other guests rather than watch TV. 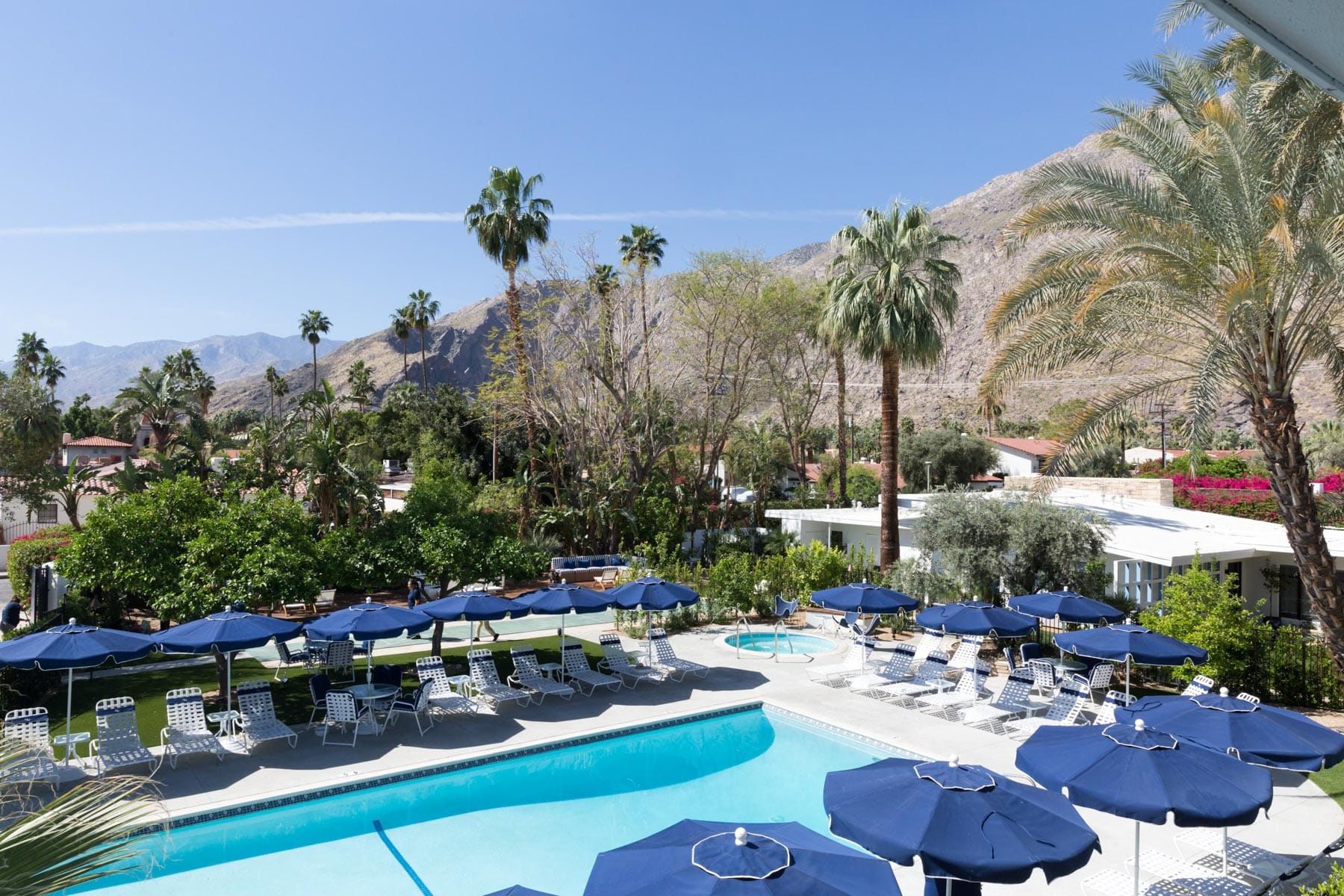 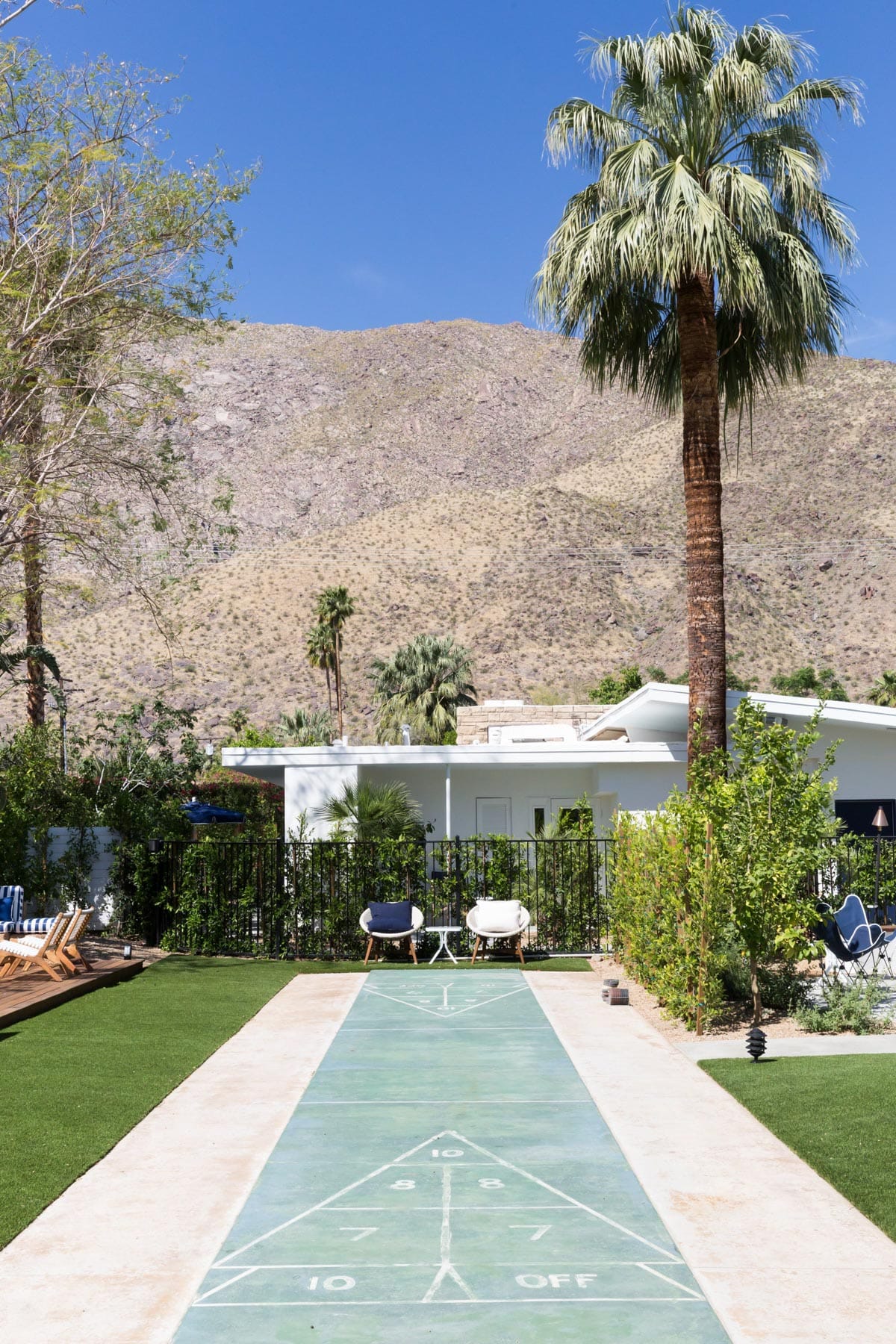 The pool area has been completely redone, while the shuffleboard court is original.

Yes, the 1950s are there, mostly in references like those. For a quick deep dive though, there’s also the big swimming pool (it’s the original, refinished) and even a…shuffleboard court? “When the hotel opened back in 1951,” Brock says, they advertised ‘Shuffleboard and Canasta for a select clientele.’” So part (but thankfully not all) of that leisured mystique lives on.

The atmosphere is artsy and open. Donald Sultan garden sculpture? Check. Gio Ponti (he of Milan’s famous Pirelli Tower) tiles in the lobby bar? You got it. The guest rooms in their blue-embracing openness suggest staterooms on a yacht overlooking an imaginary ocean. As if to openly declare that it’s casually luxurious, post-millennial (and arguably the anti-Ace), room categories are playful by design: Good, Better and Best. But don’t worry, even if the better rooms have a niftier wet bar area and extra seating, they’re all good.

There’s also an extra roomy ground floor suite and the Big Room upstairs has the feel of Palm Springs urban loft. In other words it feels as new and surprisingly fresh as it looks.

The bar and Pantry restaurant is situated in the lobby and opens onto a broad terrace but with just 28 seats, Brock says, “it’s geared primarily for hotel guests.” The concept mirrors that of the Barn Kitchen at the Sparrows, with food served all day long until early evening, as well as two “really delicious” dinners served twice a week, on Tuesdays and Fridays. 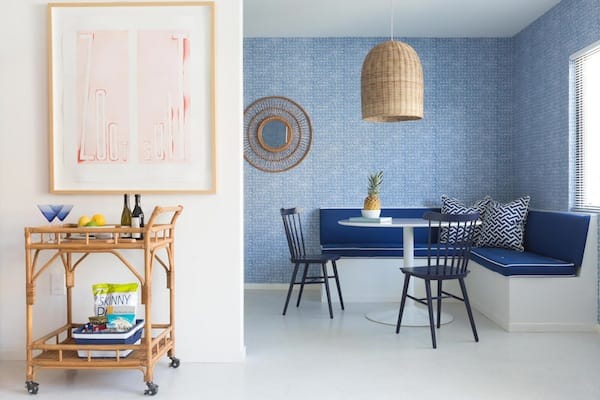 Bikes for guest use are painted cobalt blue with white polka dots, meaning you’ll be making a bit of a statement as you pedal down Palm Canyon. Some ground floor rooms feature little terraces in the back replete with outdoor showers. Oh, and there’s an oversized poolside honor minibar, which is common to some European beach resorts but a relatively new concept in Palm Springs. And a nice idea when you’re on holiday. 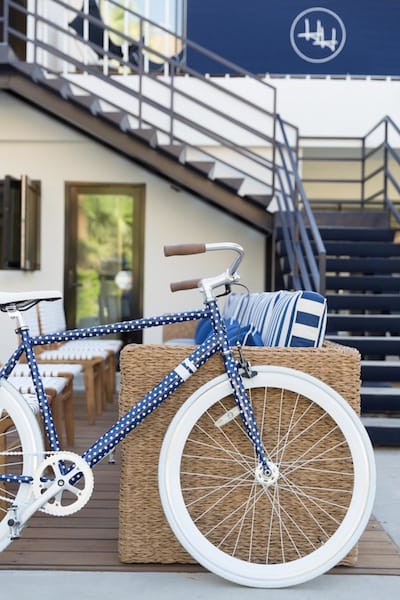