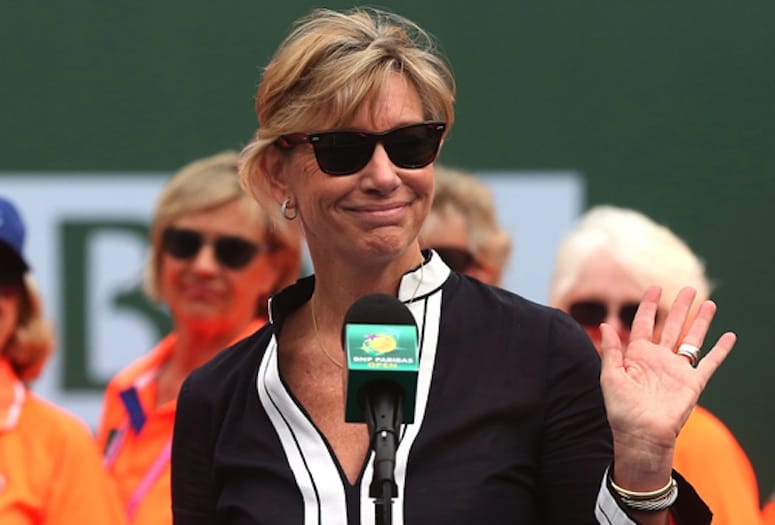 Dee Dee Felich will be honored for her 35 years dedicated to growing the game of tennis April 23 in Palm Desert.
PHOTOS COURTESY OF BNP PARIBAS OPEN

From her perch as assistant tournament director of the BNP Paribas Open for 35 years, Dee Dee Felich has seen the benefits of serving tennis to kids.

“When kids involve themselves, in any sport really, it’s not just about the exercise, but also the relationships and contacts outside of the classroom or the home,” says Felich, who stepped down from her BNP post in 2016. “And tennis, in itself, is a great sport for kids who like to be independent, while also providing that team element, depending if it’s singles, doubles, tournaments or high school tennis.”

During her tenure at the BNP, Felich was instrumental in growing a budding, pro tennis tournament in La Quinta into one of the most celebrated annual sporting events in the world. Her dedication to the sport will be celebrated April 23 when she receives the “You’re the Best” award at the Third Annual Rosie Casals & Jackie Cooper Team Tennis Pro-Am, held at Indian Ridge Country Club in Palm Desert.

The Casals & Cooper tourney — in conjunction with the Love & Love Tennis Foundation founded in 2015 by Hall of Famer Casals and former pro Tory Fretz – was created to help raise support for grassroots junior tennis programs in the valley, and to honor the memory of the late Cooper’s passion for growing the game.

“To have two people in Tory Fretz and Rosie — who are former players and very notable in the world of international tennis – it really is extremely humbling,” Felich says of her recognition.

Played in a round-robin format with doubles teams featuring local junior and professionals, the first two years of the event raised approximately $50,000 in funds for junior tennis programs across the Coachella Valley.

“I think it’s so admirable, obviously,” Felich says, “and they’re getting back to their roots as well, having played tennis on public courts and being able to reach out. Tennis can be a tough sport in regard to kids’ getting a racket in their hands. Our valley is very widespread; there are a lot of courts, so it’s great that there are organizations like this growing the sport.”

As for her part in helping the BNP mature into the world’s “fifth major” with attendance exceeding 400,000 fans, Felich says it’s about engaging the fans both on and off the courts. 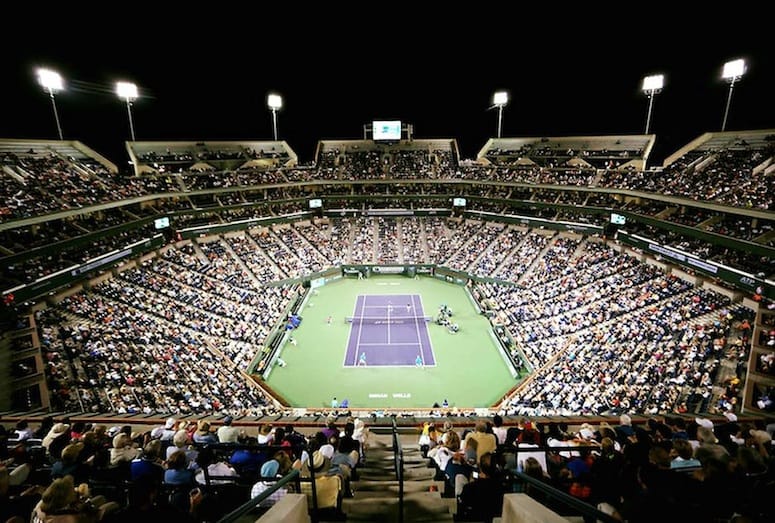 The BNP Paribas Open grew into one of the most popular stops on the pro tour during Dee Dee Felich’s tenure as assistant tournament director.

“I do see the growth and, obviously with the BNP Paribas Open, it’s grown immensely since I started with (legendary tournament director) Charlie Pasarell in 1981,” she says. “And Charlie had the vision; he told me where he wanted to take this event even way back then, and a lot of people were very skeptical. But the sport has grown, and you can see that by looking at the gate receipts for all of these tournaments that are thriving. I think the sport has a really learned a lot over the past 10 years in regard to just how important the fan experience is.”

And yet Felich knew when it was time to let someone else take over the reigns at the BNP.

“It’s definitely a 24/7 job for about four months, and then you’re really hitting the ground hard after the tournament ends, starting the preparations that you’re starting to think about for the next year,” Felich says of her retirement. “After 35 years, and turning 60 . . . it just felt right.”

To purchase event tickets (at $250/per player, which includes two lunches, gift bag and prizes) or inquire about sponsorship opportunities, email sportswomn@aol.com or call 760-772-9411.

To learn more about the Casals & Cooper Pro-Am, visit www.sportswomanevents.com or www.lltfoundation.com.