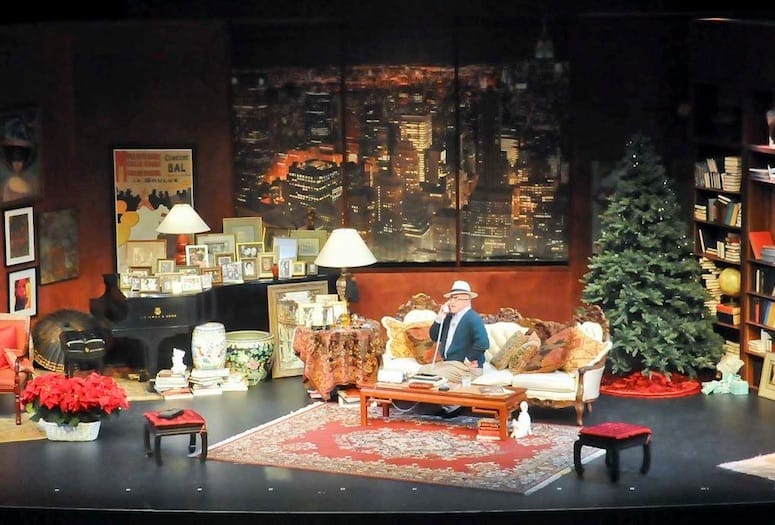 Coyotes Stageworks closes its doors after 13 years in the Coachella Valley and many local and regional awards.
PHOTOGRAPH COURTESY COYOTE STAGEWORKS

Along with other theatre companies around the world, the COVID-19 pandemic forced Coyote to cancel its 2019-2020 season, and that closure has continued due to the uncertainty thus far in 2021. This period of forced introspection led Coyote’s leadership to conclude that this was the right time to permanently close the company while celebrating its many accomplishments and accolades.

Over the years, Coyote StageWorks produced many acclaimed productions. Highlights include Boeing, Boeing, The Andrews Brothers, Suds, Dirty Blonde, The Women (the theatre company’s annual benefit gala), Tru, Art, Buyer & Cellar, Agnes of God, Love, Loss, and What I Wore, The Lady with All the Answers, The Understudy, Greater Tuna, and A Doll’s House Part II, among others.” Many of these productions received local and regional awards and all received critical acclaim, with three productions transferring to theatres outside of the desert area for longer runs.

Having accomplished what he set out to do, Yates said that he “deeply appreciates that the community embraced our mission ‘to provide a forum for thought-provoking, entertaining, and culturally significant works in an environment that nurtures the creativity of the individual and the enrichment of the community.’ I am a very lucky man to get to do exactly what I wanted to do for 13 years. It’s been such an amazing ride, and now I look forward to my next chapter.”

“Our rich legacy will live on through the Palm Springs Young Playwright’s Festival, which will continue and thrive,” continued Yates. “The festival was designed to help discover and nurture the next generation of writers from local middle and high school students, and that is exactly what it will continue to do as an independent entity.”