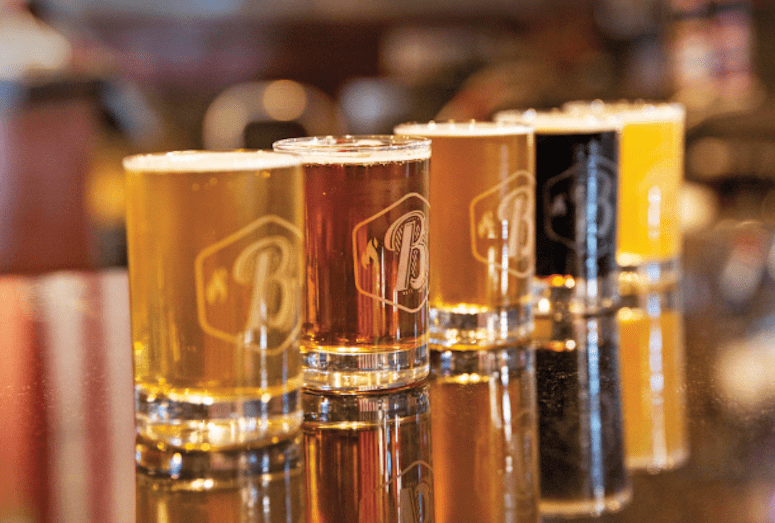 Any time of year is the perfect time to savor a locally crafted beer.

The valley is home to a handful of microbreweries, where you can sample flagship and seasonal offerings.

Microbrewers serve up a host of reasons to choose craft beer over the mass-produced variety, from better taste and health benefits to supporting local farmers. We also like them because microbrews offer many more flavorful options. Craft beer typically has an annual production of less than 2 million barrels nationally.

That means a lot of heart and soul is poured into making each batch, explains Brewmaster Chris Anderson of Coachella Valley Brewing Co. Packing less water and richer flavor, many local brews are made with specialty ingredients like hibiscus flower, honey, and fruit in craft batches.

At Babe’s Bar-B-Que & Brewhouse, which turns out about 345 barrels per year, hopheads will appreciate the tasting flight of five beers, which includes four award-winning flagship brews — Honey Blonde Ale, Belgian Vanilla Blonde Ale, Blackfin Lager, and 29 Palms Pale Ale — as well as a seasonal blend that rotates every six weeks. If you miss the reserve of the moment, you can catch the bottled variety at a local liquor mart.

Known for its frothy “farm-to-glass” blends, Coachella Valley Brewing Co. (2,000 barrels annually) allows you to build your own four-beer flight from 15 varieties on tap. Five are house staples, with the rest — about 35 per year — rotating according to what’s in season from farmers in the East Valley. Enjoy pumpkin, yam, and spicy flavors in the fall and winter months, with lighter honey, coriander, and kumquat notes in the spring and summer blends.

At La Quinta Brewing Co. (1,200 annually), choose four beers for your flight. While you’ll also find a few of this brewery’s best blends in nearby markets, such as the bronze medal–winning Indian Canyon IPA and One Eleven Pale Ale, others are exclusive to the tasting room: Try the Koffi Porter, brewed with medium-roast beans from Koffi, and the Brown Ale.

Enjoy a free tour of any of the three breweries with a purchase of any flight.