CV Rep Plays Are Meant to be Challenging 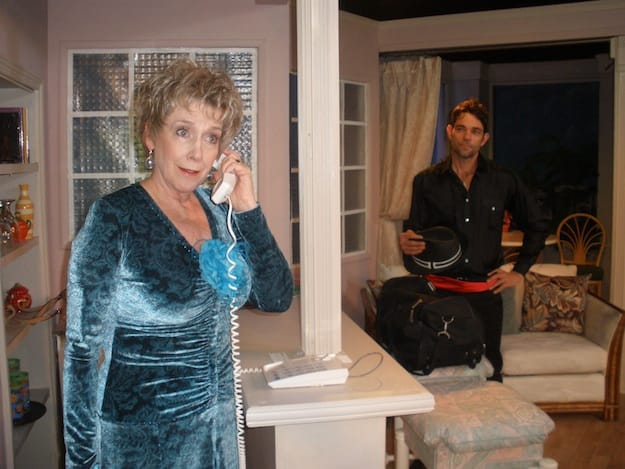 “Six Dance Lessons in Six Weeks”, starring Bobbi Stamm (left) and Sean Galuszka, explores the relationship between the widow of a Southern Baptist Minister and her gay dance instructor from New York.
CVREP

There is nothing laid back about the Coachella Valley Repertory (CV Rep) Theater Company.

Ron Celona, founder and artistic director at CV Rep, believes the selection of works produced at the Rancho-Mirage based theatre need to set a tone.

“Our purpose for being is to bring to the desert high quality, thought provoking works that are, well, edgy,” Celona said. “This is not Cinderella. We want our plays to be relevant and challenging.”

The 2013 season has opened with “Six Dance Lessons in Six Weeks”, exploring the relationship between the widow of a Southern Baptist Minister and her gay dance instructor from New York. The play runs through Feb. 10.

Next up will be “The Sunset Limited”, set to open March 20 for a three-week run, which pairs a black evangelical Christian ex-convict with a white atheist professor.  Celona said he hopes to produce six plays a season. In between play offerings, CV Rep plays host to special events like concerts, youth programs and Luminary Luncheons featuring well-known actors.

Celona believes such offerings move the company’s mission forward of “furthering the artists and theater horizons for the residents and visitors to the Valley year around.”

CVREP’s physical space to showcase its work opened in 2011. The 83-seat theatre provides an intimate yet comfortable experience and creates an intended interaction between the audience and the performers.